After more than a century or more of this abuse of the island’s ecology, and despite the fact that much has been done in more recent  –  and more enlightened times  –  to combat that abuse, best estimates insist that total recovery of Macquarie Island’s natural ecosystem processes as a result of these management programmes may still take centuries.

Man gave Macquarie rabbits, feral cats, wekas, rats and mice (these latter two inadvertently, it must be said, as they escaped from sealing and other ships over many decades) and unwanted 'rubbish' of various types.

In return, man took from the island the lives of sea creatures and birds in their countless thousands!

Frederick Hasselborough 'discovered' (accidentally) Macquarie Island when searching for new sealing grounds. The immediate commercial response to Hasselburgh’s discovery was so effective and devastating that during the first 18 months of operations at least 120,000 fur seals were killed for their skins. Barely a decade later Macquarie’s fur seal population was almost wiped out! Indeed, despite the fact that this happened nearly two hundred years ago, so few animals survived that even today we cannot be sure of the species of fur seal involved. 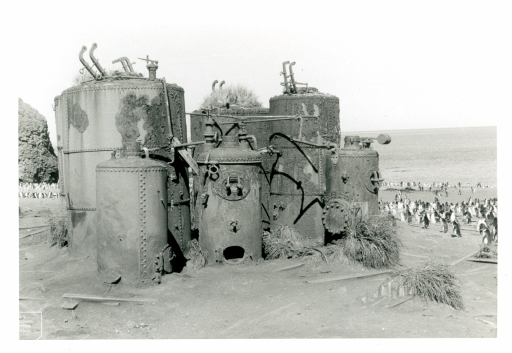 The near eradication of the fur seal population left insufficient of these animals alive to support the skin industry. This being the case, and man being ever resourceful, the focus of commercial activity switched to elephant seals whose blubber contained oil that had wide-spread commercial use. However, exploitation was such that by the mid-1840s the elephant seal population of Macquarie had been reduced by 70 percent.

Exploitation of the island’s natural resources then turned to its penguin population, a population that was, to say the least, prolific.

Although not as valuable as seal oil, penguin oil was relatively easy to obtain. Therefore, when the king penguin colony at Lusitania Bay was almost wiped out from the activity, attention turned to other penguins, the royal penguins at Nuggets Point.

Each of these penguins were capable of producing around half a litre of oil, and, at the peak of industry activity in 1905, around 2000 birds were being processed at one time at Nuggets.

Hunting of animals for their oil continued off and on until well into the twentieth century but, in 1933, licences for further hunting were terminated and the island, now part of Tasmania, was proclaimed a wildlife sanctuary.

Above right, derelict boilers abandoned by the sealers stand as a grim memorial to the past.

Despite the end of hunting, man continued to have an unplanned but extremely negative effect on the island ecosystem because of (as is mentioned above) the rabbits and cats that had been deliberately introduced by sealers (the former in the 1870s to provide the human inhabitants with fresh meat) and because of the rats and mice that had escaped from ships calling at Macquarie.

These creatures in turn, ate vegetation (Mary Gillham writes, 'Macquarie is the world’s most southerly oceanic island to bear a fairly complete plant cover, but even this does not escape rabbit damage'), eggs and young birds and, in the case of the rabbits, undermined areas of land so badly that many collapsed into the sea.

Wekas are also present on the island; these are a flightless birds of the rail family and are endemic to New Zealand. They are sturdy, brown birds, about the size of a chicken, and are omnivores. Wekas were introduced to Macquarie Island by sealers in the nineteenth century and were eradicated there under the same programme that rid the island of feral cats.

Today the wildlife is taken care of, with the medical station at the ANARE base giving aid to the animals. 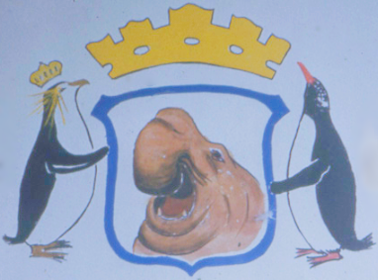 EXPEDITION MEMBERS....….ANY TIME (HELP SELF TO DRUGS ON THE BENCH)