Mary and the McCoy Society 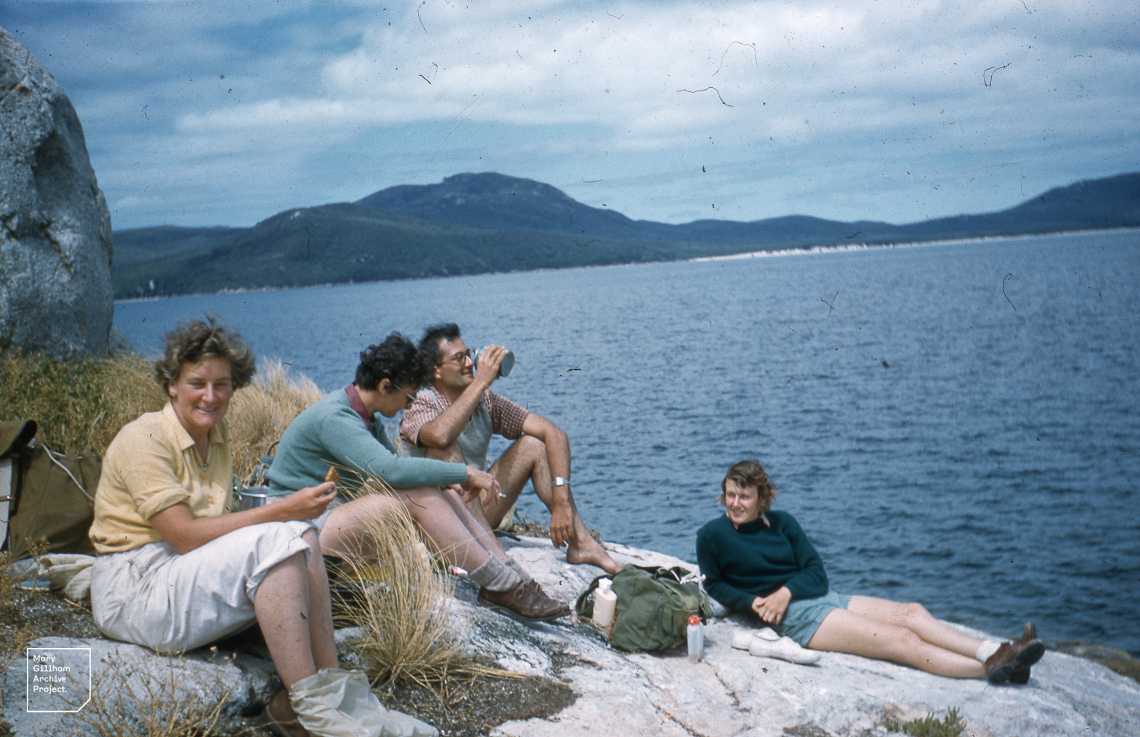 During Mary’s two and a half years in Australia, she was actively involved in examining, researching, investigating, documenting and recording the local flora and fauna, and, as part of that involvement, during her year working at Melbourne University, Mary became involved with the McCoy Society.

The Society had been founded in the 1930s by Frederic Wood Jones (1879-1954), Melbourne University’s first professor of Nature Science, a scholar who was more at home doing field work than standing behind a laboratory bench. The McCoy Society for Research and Investigation was named in memory of Professor Sir Frederick McCoy, an Irish palaeontologist, zoologist, and museum administrator, who had founded the Botanic Garden of Melbourne University in 1856. The Society brought together scientists from various disciplines, arranged field trips and expeditions, researched and investigated local flora and fauna, and then issued reports on their findings.

Mary’s first outing with members of the Society was on Saturday 10 May 1958, when she travelled with her friend and work colleague Prue Dempster, to meet up with other botanists and zoologists for a day of squelching about in mud and mangroves on Wilsons Promontory, an area on the southern coast of the Australian state of Victoria that has since been designated a national park. You can read Mary’s diary entry for that day on our Timeline here.

In 1959, from Wednesday 21st to Friday 30th January, Mary joined a longer McCoy Society camp, with three fellow botanists, two geologists and a zoologist, returning again to Wilsons Promontory. As this trip is indicative of much of Mary’s time in Australia, we have transcribed her diaries from this period in full. You can read these entries and see Mary’s photographs on our Timeline page.

In July 2015 the University of Melbourne Herbarium launched a virtual herbarium of plant and algal species from Wilsons Promontory. The Wilsons Promontory Virtual Herbarium (WPVH) provides access to almost 500 taxa from 124 families, complete with images, distribution information, links to further information and maps, and is publicly accessible online. The Herbarium contains specimens collected from 1959 to 1974 by the University’s staff and students, including internationally renowned botanists and ecologists and members of the McCoy Society. We believe some of the specimens collected by Mary in 1958-59 are contained within this collection.