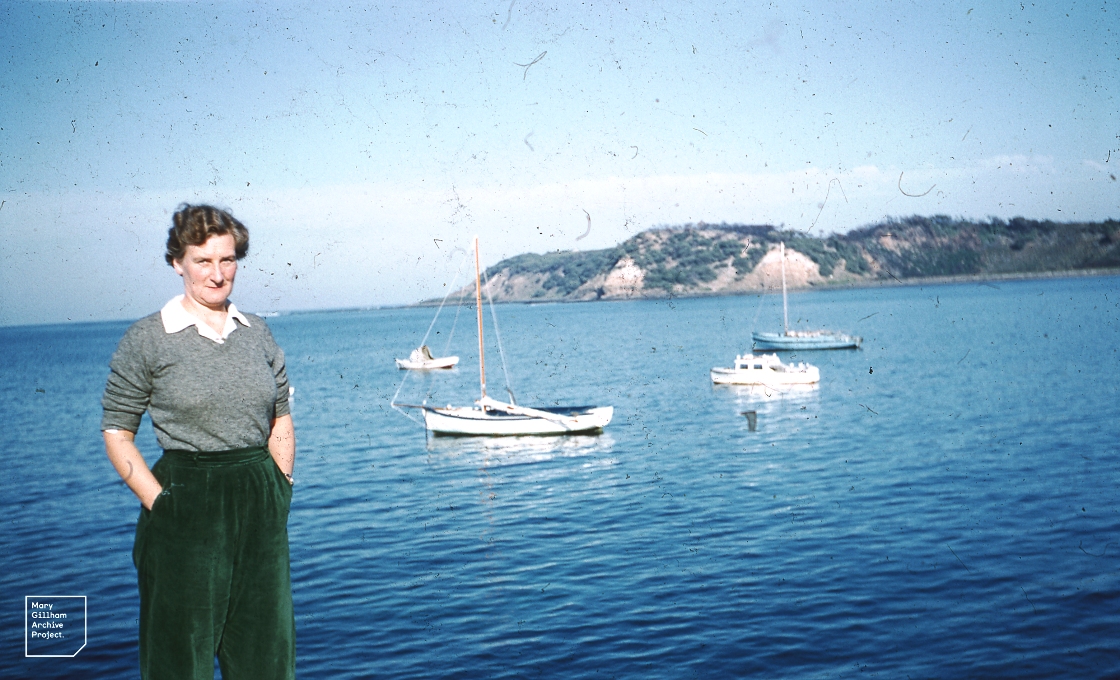 From Wednesday 21 January 1959 to Friday 30 January 1959 Mary joined a McCoy Society camp, with three fellow botanists, two geologists and a zoologist, staying in what is now the Wilson Promontory National Park on the southern coast of the Australian state of Victoria. Their aim was to examine, research, investigate, document and record the flora, fauna and physical structure of the promontory. As this trip is indicative of much of Mary’s time in Australia, we have transcribed her diaries from this period in full. (You can read more about the McCoy Society here).

Mary had stayed in Port Welshpool for a couple of days prior to joining the others for the McCoy Soc camp.

Another sunny day but fortunately cooler.

Jack Rhodes came in for a chat while I put plants to press and tidied up the last of the stores. He presented me with a very fine crayfish donated by an unknown fisherman, which came in very handy for lunch, first meal with the McCoy Society.

Rhodes drove me and my luggage to the end of the jetty where the botany truck and the Morgan’s landrover were unloading stuff onto Arnie Smith’s boat the ‘Norah Iles’. John Thomson’s VW van arrived later and the party consisted of 10, Maisie Carr having fallen out at the last minute because of Denis’s ill health.

General: Dave and Robin Morgan (teachers, camp secretaries and caterers) and Max, 6th form pupil of Melbourne High with 4 exhibitions and a probably brilliant university career ahead of him.

After parking the vehicles Stella and Beth came to my flat for a drink and we left mid morning. A smooth crossing and sandy landing on China Bay Beach. Stella lighted the stove for a cuppa, I shelled my crayfish and we sat around on camp stools among the luggage for lunch, while Arnie let down his flathead lines in the deep Bennison Channel offshore. My feet got badly sunburned before I became sufficiently aware to bury them in the sand and many of the faces from Melbourne peeled during the next few days as a result of that lunch. 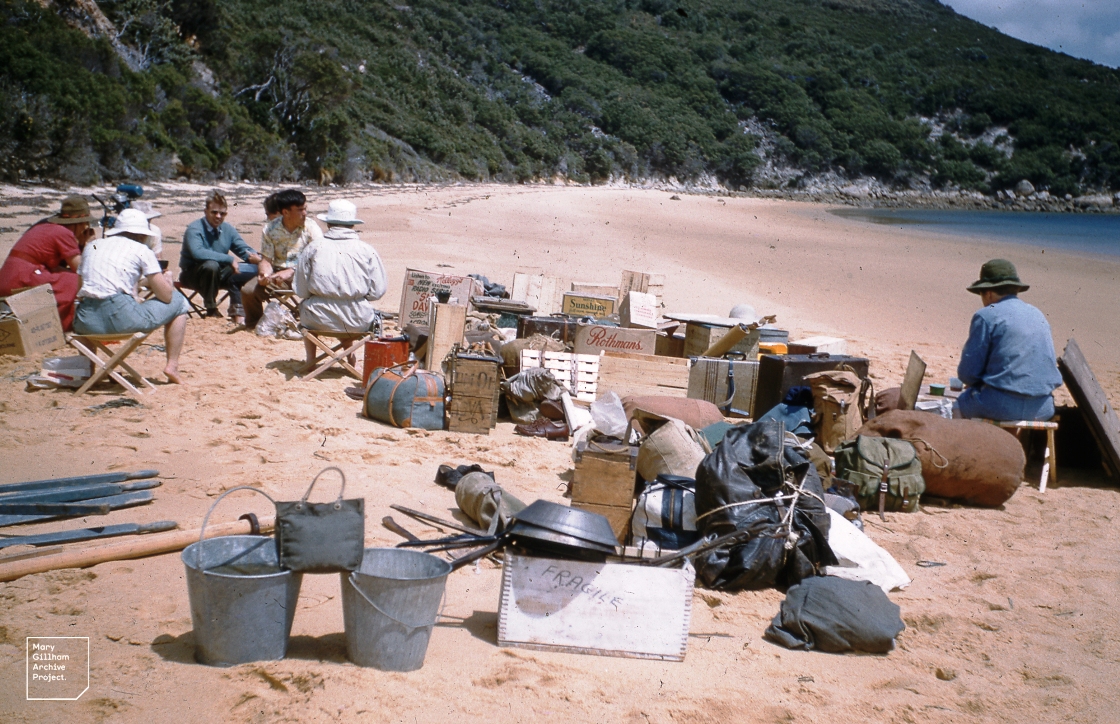 John McAndrew discovered he had left most of his valuables on the jetty and returned with Arnie, spent the night on the boat and rejoined us the next day. The rest of us lugged the stuff up the steep sandy cliff, about 100 feet to the very pleasant camp site in a series of clearings in the Banksia serrata - Leptospermum laevigotum scrub. The 14-foot-square marquee went up, then the scatter of small sleeping tents, a fireplace and rubbish pit were dug, and a site spied out with pleasant views for the toilet.

The labour was followed by Stella’s inevitable cuppa and a pleasant dip in the briny by the moored dinghy, for which we had hired an outboard at £10 and unfortunately bought less fuel than we could have done with. All very keen in joining Frank Roberts and me in a Granite Island trip at the weekend, and there was much discussion of plans, and whether we could get a boat to Rabbit Island and the gull colony of Rabbit Rock and afford enough fuel for the outboard to watch the muttonbirds come in on Bennison Island one night. 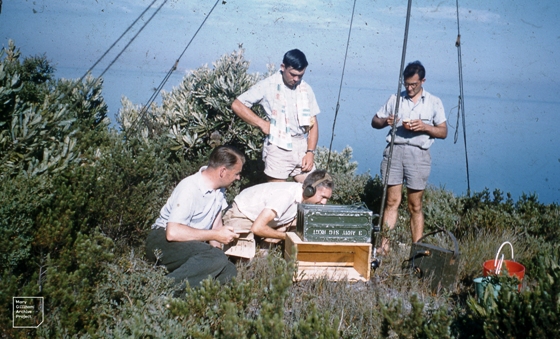 Sitting on the beach after the bathe we learned that flies and march flies (like stinging blowflies) were to be a trouble but that there were no sandflies. The camp was alive with bull ants and a few yellow-jawed jack jumpers – furious biters, but we had no trouble with them and none got in the food – they minded their business and we minded ours.

Wood collecting, heating tinned steak, peeling spuds and opening fruit salad, and retired to sleeping bags, Beth and I sharing a four-man tent, the two Johns (when both present) sharing, the Morgans sharing, and the other four single.