On the origin of theses…

For her PhD, Mary studied the vegetation of the South Pembrokeshire islands Skokholm, Skomer, Grassholm and Middleholm. Between 1948 and 1953 Mary spent many months on the islands recording the vegetation and investigating the effects of substrate, environmental conditions, grazing and birds on the observed differences. Using quadrats, transects and exclusion pens Mary mapped the species found on each island and attempted to explain the impact each factor had on the flora present. 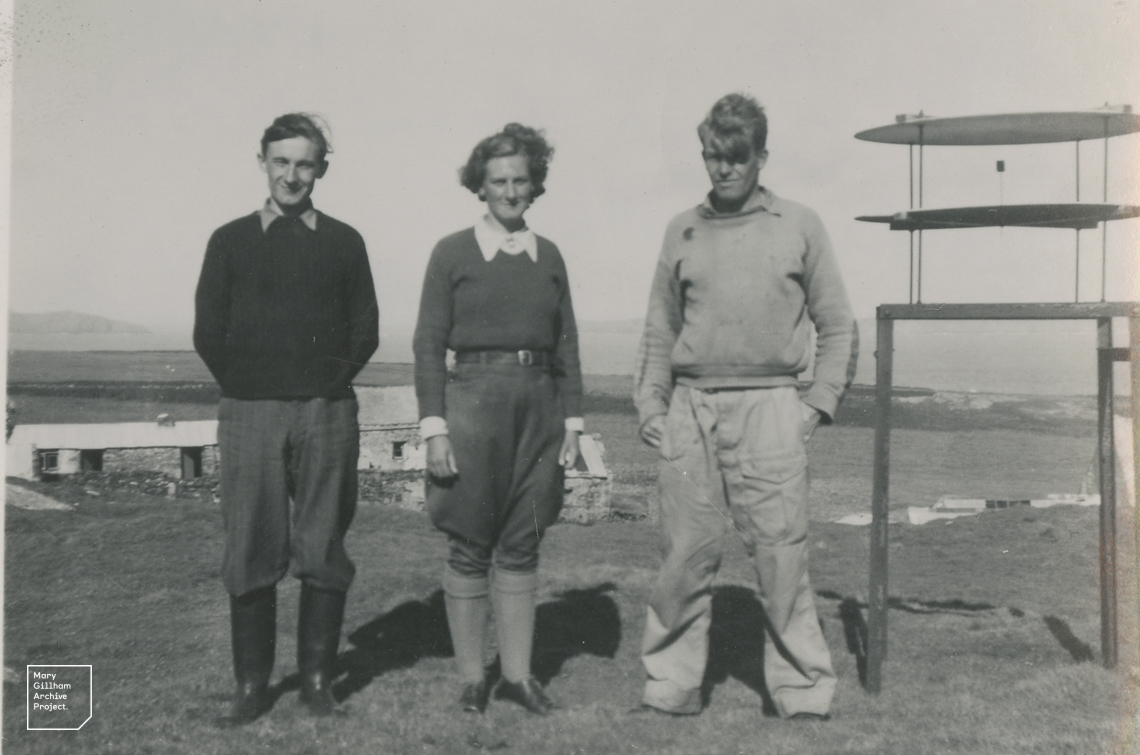 The facilities on Skokholm are delightfully rudimentary today but, in the late 40s, when Mary first started to work on the island, there were not the solar-powered lights, refrigerators or hot running water there are today. Mary and other female inhabitants would have to carry their washing water up a ship's ladder to the ‘Angel Loft’, the room above the Common Room where women were quartered, while the men might periodically have to move their beds in the Bunk House, depending on where the leaks were dripping from that particular evening.
Despite the island's remoteness there was an active set of students, researchers and conservationists spending time on the islands whose worked overlapped, informing each other’s research. This may have been the origin of Mary’s ‘landscape-wide’ approach to nature, which incorporated geology, chemistry and fauna into her assessments and descriptions of habitats. Indeed, Mary quotes Peter Conder (Skokholm Warden during the 1940s and 50s) as saying 'If it is on the island, we are interested – be it rocks, weeds or insects'.
The camaraderie forged by the adventurous souls who worked on the islands, combined with a sense of space and wilderness, resulted in a lifelong affection for islands. And this affection, founded on the interactions between birds, mammals and plants, set Mary on the path of her international endeavours to the islands of the Bass Straight, the Langebaarn Islands, South Africa, the Aldabra atolls and, of course, Macquarie.
Great scientists from tiny islands grow. 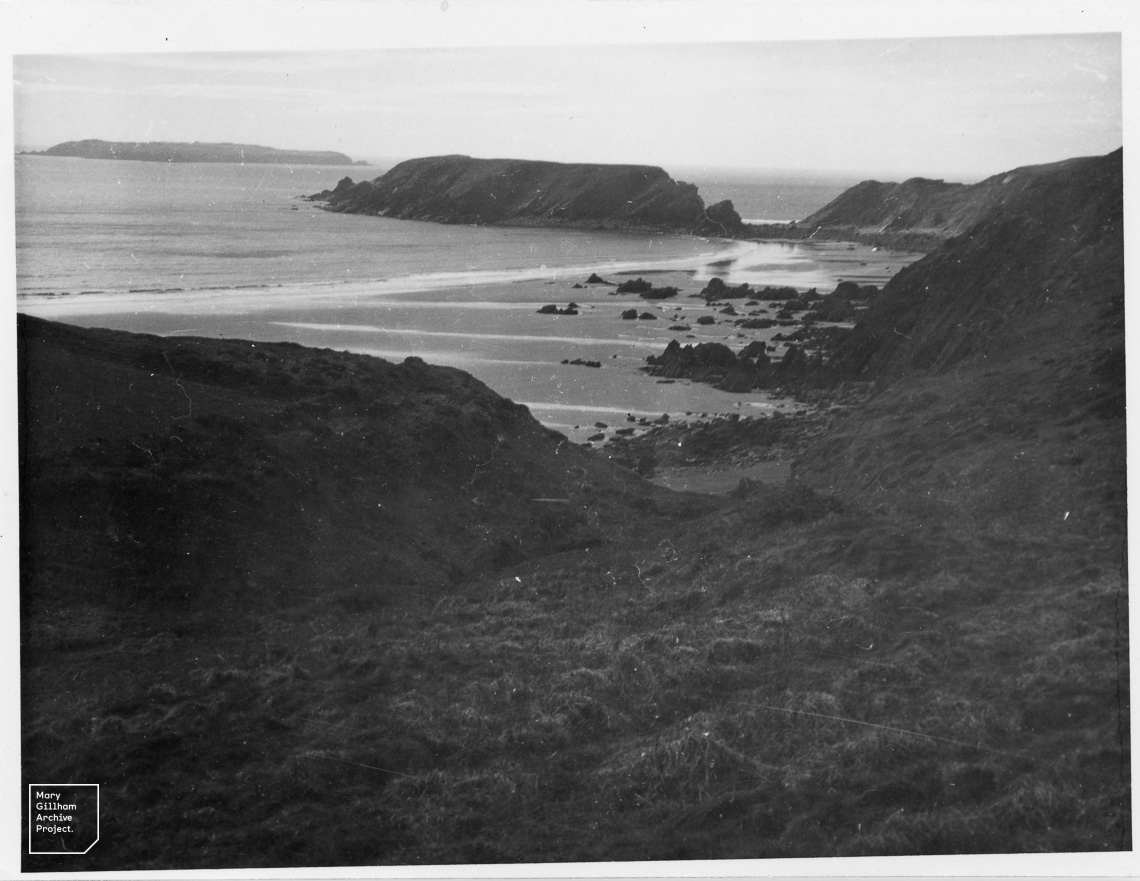 The travails of the thesis 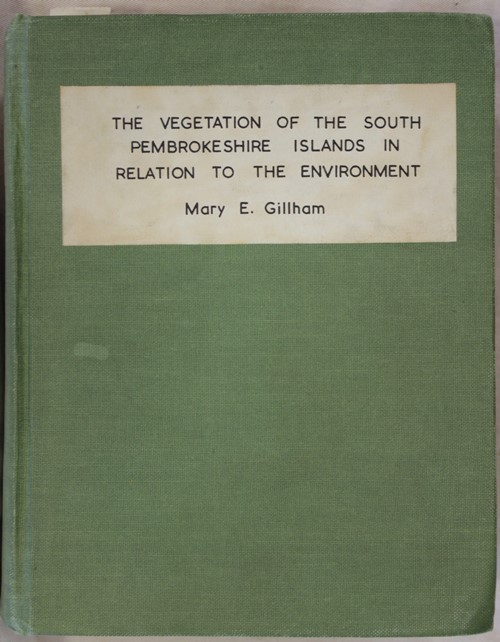 This copy of her thesis was given by Mary to WTSWW around 2003 with some original (large) drawings that were reproduced in the thesis itself. They were stored in the office that was really badly damaged by a fire in December 2003 (very unlucky timing).  As the office had to be completely refurbished, and staff were working out of portakabins for some time, the salvageable materials from storage had to be shipped out.
The documents survived - with a little smoke damage to the drawings - and the drawings were moved out to Skokholm, to ensure they were based in a team and library that would fully appreciate their value. The thesis itself rather disappeared from collective staff memory in the movement and re-organisation of the huge volumes of Trust papers in the aftermath of the fire. It stayed relatively unnoticed in the back of the hanging files until a chance conversation with the Mary Gillham Archive Project team.
Making the thesis more widely available wasn’t all that simple, however. Due to the hard binding we couldn’t place it on the flatbed scanner and so one of our volunteers took a digital photograph of each page (620 of them!) which we could then turn into an electronic representation of her thesis.
You can browse Mary’s thesis here or tap on the picture of her thesis.
Since being digitised, a copy of the thesis has been printed and bound and gone out to the Skokholm library so that staff and visitors can see it in its original form, as well as be able to handle and actually use it, without fear of damage to the original. 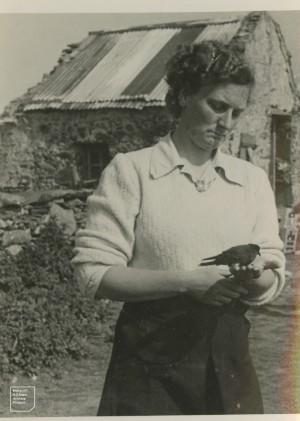 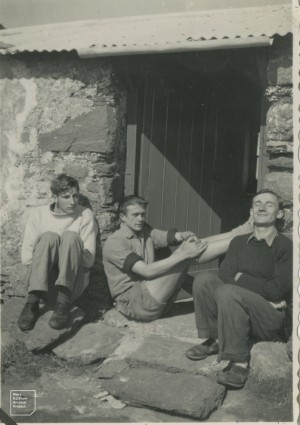 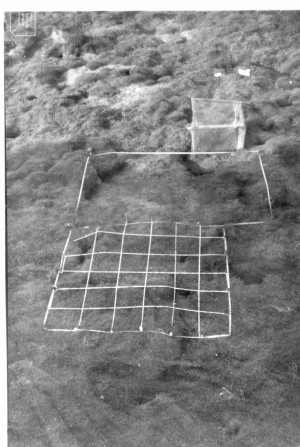 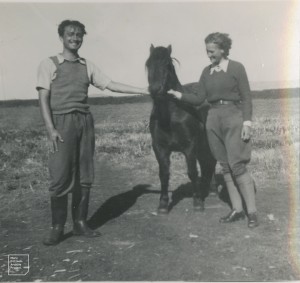 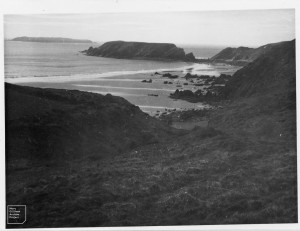 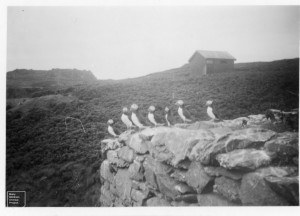 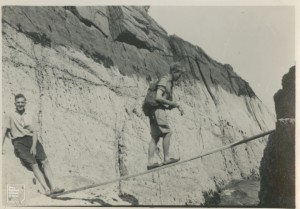 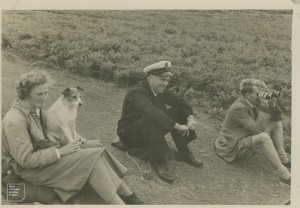 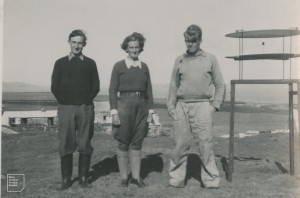 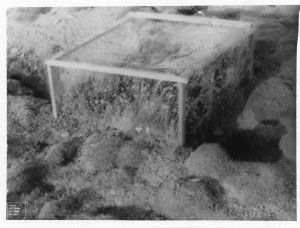 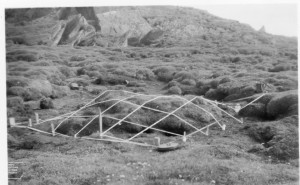 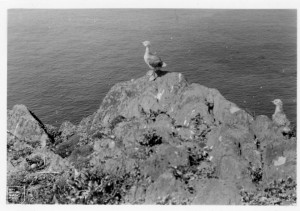