Pwll Waun Cynon - Walking in the footsteps of Mary Gillham 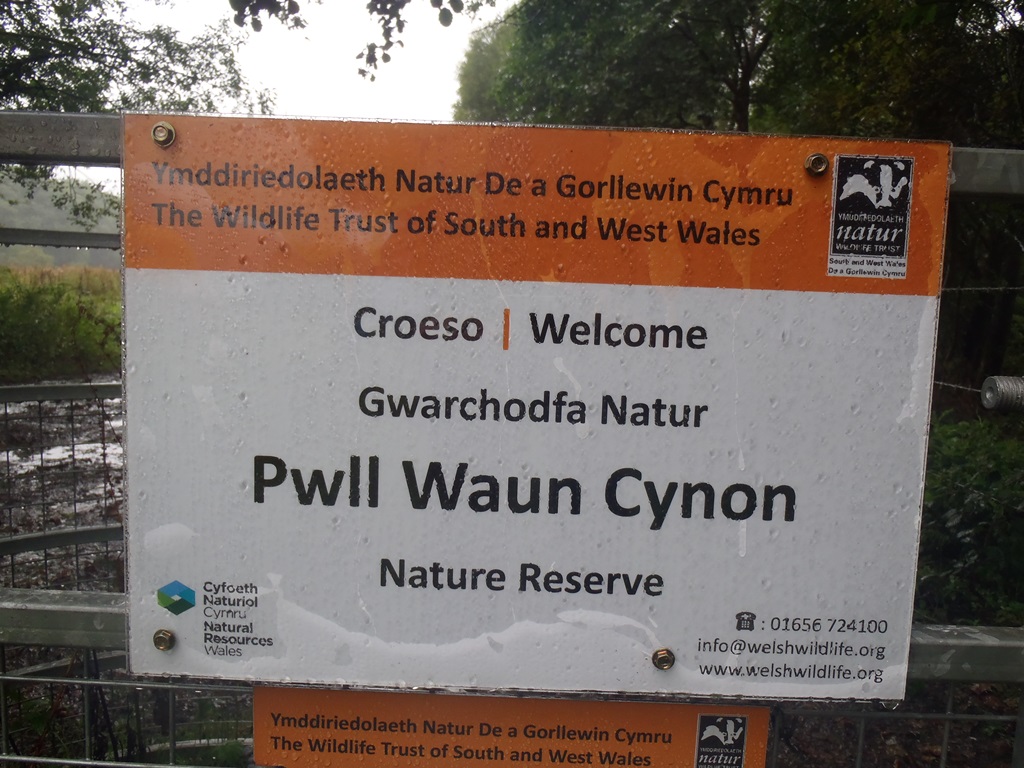 All week I looked up the weather forecast for Mountain Ash in the Cynon Valley hoping for good news and on some days (aaah blessed Thursday), the met office told me it would be dry. In reality, however, Saturday had those rainclouds with three blobs of rain on them… you know, that really persistent, wet rain that seeps nefariously along seams, through zips and up trouser legs. It’s in no rush – there’s no need to be! – those silly folk are going to be trampling around this exposed field for three hours, I’ve got loads of time to penetrate their puny defences…

Despite the weather, 20 hardy folk came along to Pwll Waun Cynon to hear about the industrial and natural heritage of the site and also the gargantuan effort of the the Wildlife Trust in reverting a severely impacted site back into an accessible and enjoyable wildlife haven.

Mary and her naturalist colleagues had visited the ‘Abercwmboi water meadows‘ in the 70s, 80s and 90s and described how the mining industry and phurnacite works impacted the habitat and nature found within it. However, it wasn’t just human impacts that have altered the shape of this landscape. Old maps show that in the late 1800s an ox-bow of the Cynon budded off from the rest of the river and then, at some point int he 20th century, one of the fields flooded and combined with the ox-bow to form the pond that remains in place today. 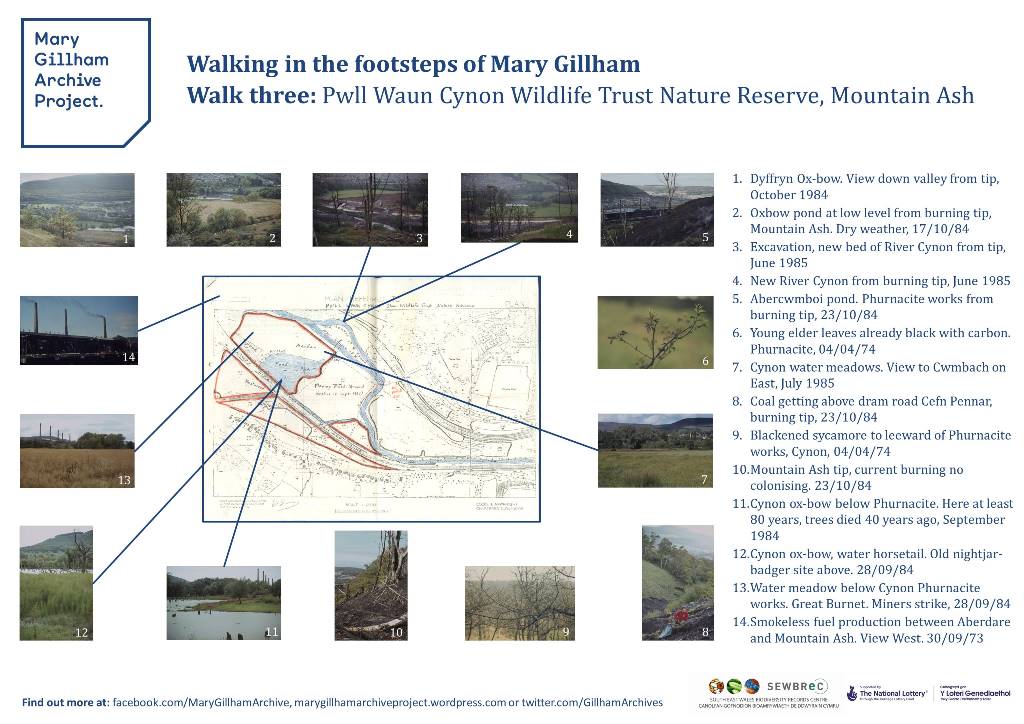 While our plan to try and match the species list generated by Mary and her colleagues fell by the wet wayside we still had an excellent walk guided by Carys Solman (Wildlife Trust Officer for the Valleys Area) and the volunteer wardens who help to manage the site. We looked at the restoration work which has battled the spread of knotweed, Himalayan balsam, brambles and bracken, the new fencing which has allowed horses to begin grazing the land again, the hibernaculum and pond installed to provide refuge for grass snakes and slow worms whilst also encouraging newts to take residence and talked about the next stages of recovery for the ox-bow pond.

Local lepidopterist Mark Evans had set up a moth trap the night before and, before releasing them, revealed his findings to the interested crowd (including a blood-vein and antler). Whilst walking around the reserve we also saw a kingfisher and common toad and most excitingly some new fungi records for the site – a pair of Dapperling species, some Taphrinas and a tar spot – congratulations to Emma Williams and Graham Watkeys for spotting them! 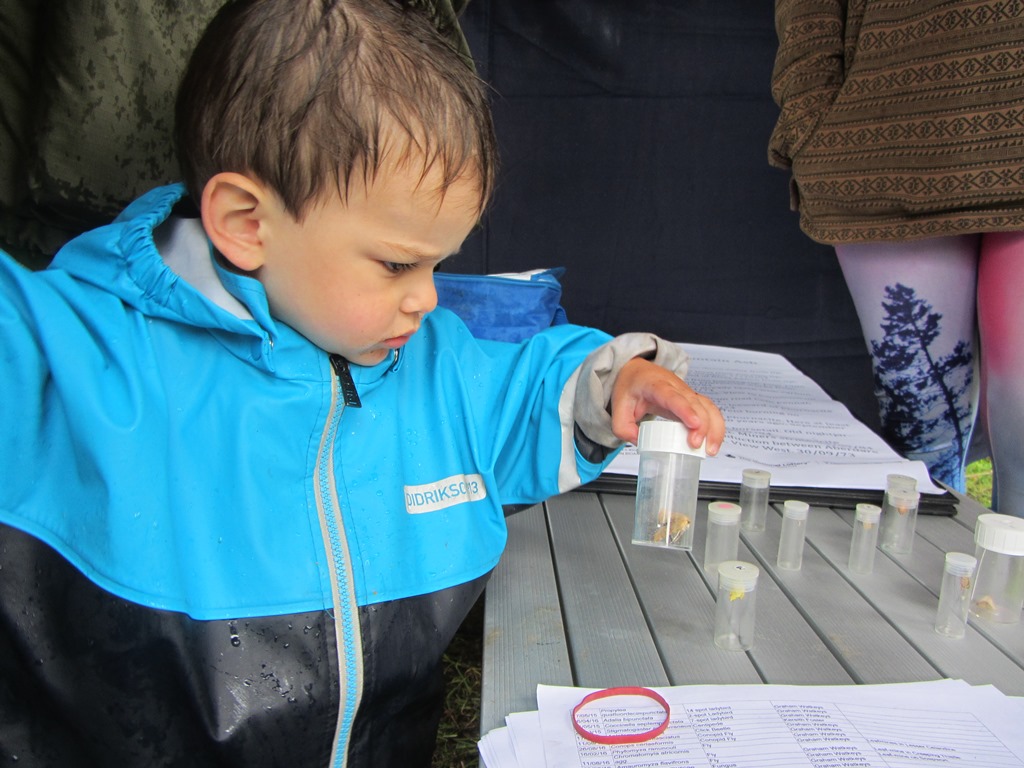 Whilst we didn’t get to spend huge amounts of time hearing about how it was to grow up in such an industrial landscape a few stories about hijacking coal trains to acquire a little coal and how local fog smelled like rotten eggs (because of the sulpher added to coal to make it smoke-free) did sneak out… We’ll have to go back at some point to find out more.

Thanks very much to everyone who attended and the Wildlife Trust of South and West Wales staff and volunteers who showed us around. If you would like to make and compare your own species list, download Mary’s lists here!

Graham Watkeys himself wrote this lovely summary of our Walk with Mary.

Mary Gillham was a pioneering naturalist, wildlife recorder and diarist who spent much of her life absorbed in the wildlife and wild places of south Wales.   Her vast and comprehensive photographic and written archives were donated to SEWBReC, who are now running a project to digitise the archive and make it available for study, and as part of this project they are running “Walk with Mary Gillham” events.   These events revisit sites visited by Mary in the past with the aim of comparing her records and photographs to how sites are now, one of these walks took place at the WTSWW Pwll Waun Cynon reserve in Mountain Ash.

When Mary visited the phurnacite plant was still in operation making the area one of the most polluted in the whole of the UK and her diaries and photographs note things like newly emerging leaves being covered in black soot, but her diaries are not only concerned with wildlife but also history.   I was fascinated to learn from Mary that the pond on the reserve is an ox-bow lake (yes remember them for your Geography lessons?) a relic, maybe the only surviving relic, of the old natural course of the River Cynon and was perhaps the last natural pond left in the whole of the Cynon valley.    Nobody is exactly sure how old this pond is, it may be hundreds of years old. Although it may have been altered over the years it’s a survivor of the massive industrialisation of the valley, a small piece of natural landscape in a sea of continual change.

The walk around the reserve, with the aim of recording the wildlife seen and discussing the changes over the years, was somewhat hampered by the continual torrential rain (although some of our younger walkers very much enjoyed splashing in the puddles!).  But I managed to record 8 new species on my personal list for the reserve, these included four first recorded by Mary (Marsh Cudweed, Water Pepper, Gypsywort and Red Bartsia)!  There was a lovely sense of comradery and connection with a fellow recorder as those species were genuinely spotted by me for the first time on this walk.   Thank you Mary Gillham for a wealth of insight and knowledge about one of my local reserves. 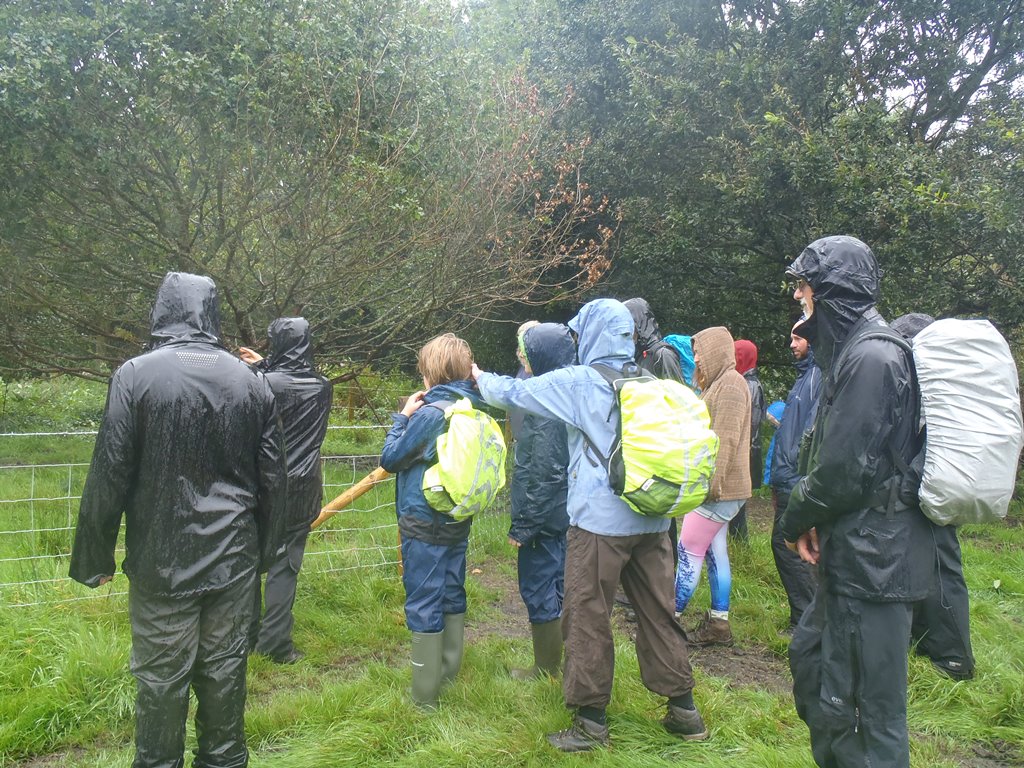 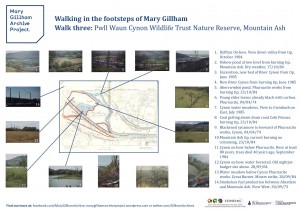 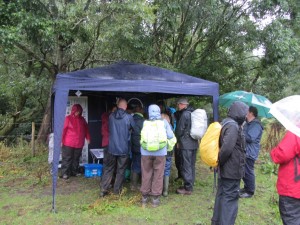 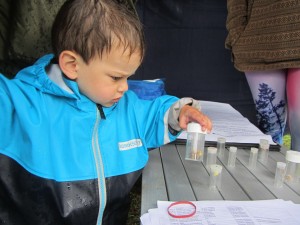 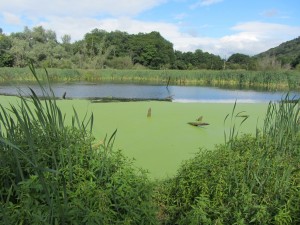 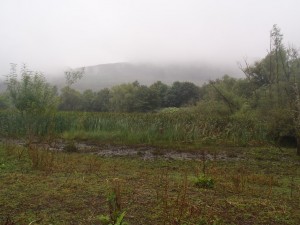 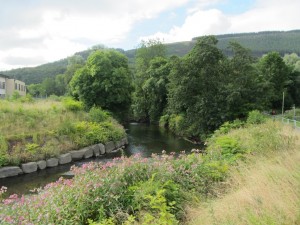 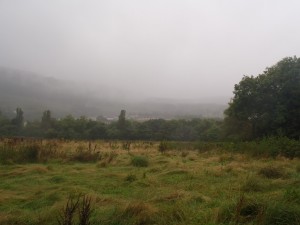 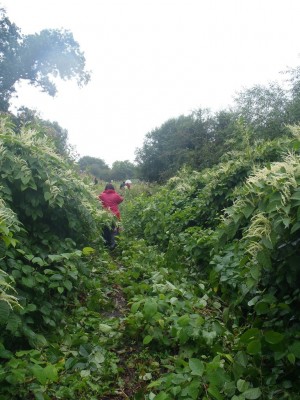 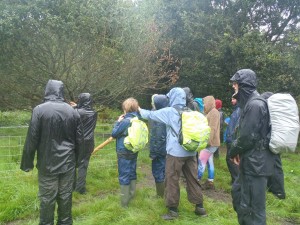 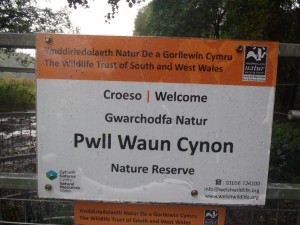