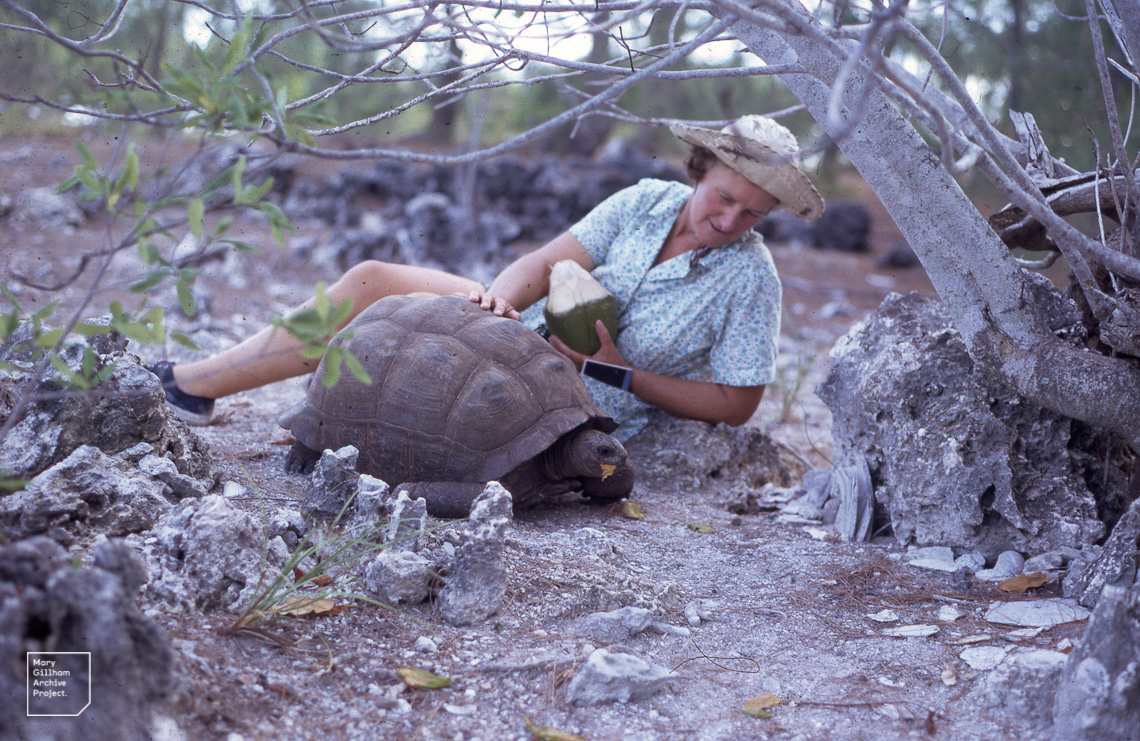 Mary visited the Aldabra Atoll in the Seychelles, 260 miles north of Madagascar and 370 miles off the east coast of Africa between February and May 1970. Click on the map to discover more about Aldabra and Mary's visit!

Sponsored by The Royal Society, she was one of a pioneering group to study the ecology of the unique place after an environmental near miss, in the form of a proposed military aircraft base, which thankfully was robustly defended against (Aldabra is now recognised as a UNESCO World Heritage site).

Not unsurprisingly for such a passionate and committed naturalist who settled in Taff’s Well and taught at Cardiff University for 25 years, her activities brought her into contact with many other institutions. Anna, one of the project volunteers opted to document Mary’s Aldabra work and in her efforts going through Mary’s many diaries, letters, newspaper cuttings, published papers etc. discovered that Mary had returned from Aldabra with the shell, a.k.a carapace, of a Giant tortoise (Aldabrachelys gigantea), and had donated it to Cardiff Museum.

A note from Mary’s field diaries for publication in her book on her Aldabran work written in retirement (read the full note at the bottom of this page). 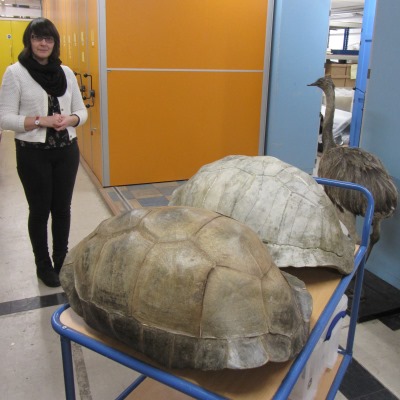 However, just because you find a reference to an event doesn’t necessarily mean that it occurred as documented or that the outcome has remained the same in the interim. So we made enquiries with Amgueddfa Cymru-National Museum Wales’ Natural Sciences department to see if the carapace was still there. And pleasingly, the giant was still in the collections!

Jen Gallichan, one of the Natural History curators, invited us to come and take a look behind the scenes and into the stores.

Jen takes up the story. "The history of the tortoise carapace had been a bit of a mystery, so I was very interested to find out more. It adds immeasurable value to specimens to have information on their provenance, especially as it links to such an eminent Welsh scientist. I am very much in admiration of the amount of time and patience it took Mary and her colleagues to piece the specimen back together. This highlights how valuable archives can be in drawing out the stories behind the collections."

Finding the carapace  - complete with Mary’s papier mache skills was a great experience and allowed us to reach back in time to connect with Mary in a new way. It was also rewarding to know, as a result of the project, that we have added a little more information to the museum’s collection to make it that little bit more valuable.

The tortoise's carapace (below) - left: the scutes, middle: the scutes (papier mached together) beside the bone structure, right: the bones with evidence of some repair work.

As Anna reflects “It’s satisfying to see an example of the cycle of human knowledge gathering. Mary’s pursuit of her passion, led to education, specialism, field research, academia, and then replenishing the cultural and scientific ‘stock’ of her local educational institutions, which in turn nourish and inspire another generation. We learn and we share and we learn some more. With every cycle we refine our understanding, a principle that drove Mary’s life and one that she wished to spread to as many others as she could.”

The carapace of a Giant Tortoise is its upper (dorsal) shell and is basically an extension of the rib cage, which unlike most vertebrates is housed on the “outside” of the body. The layer of interlocking bones is overlaid by a series of plates called scutes (made of keratin, a protein which also makes up human fingernails and animal horn). After death the scutes will dry up and peel away, so Mary used papier mache to ‘plaster’ them together. 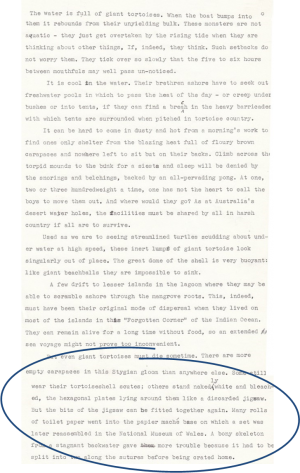 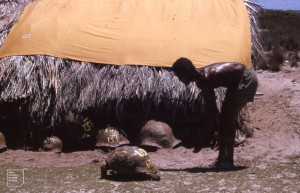 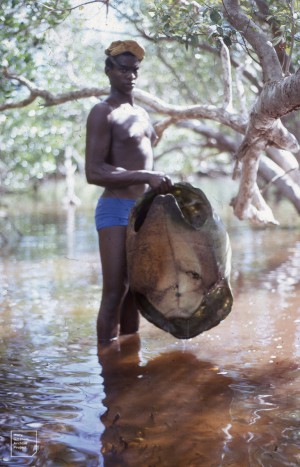 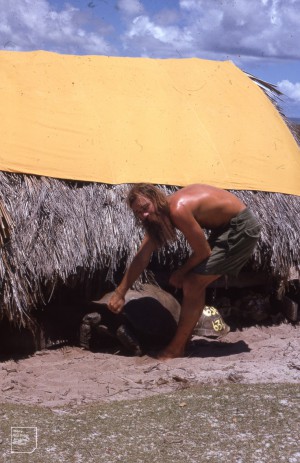 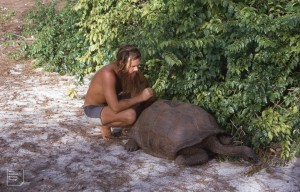 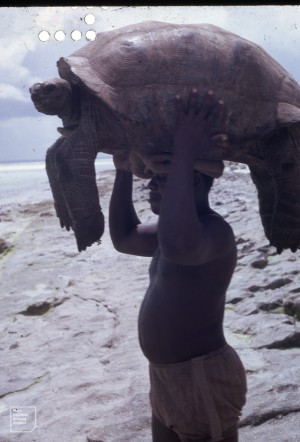 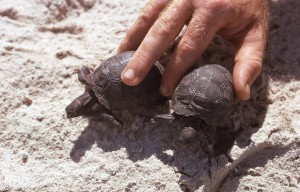 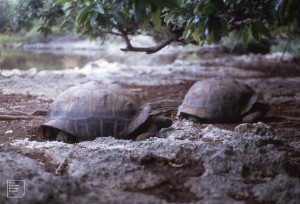 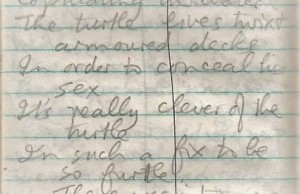 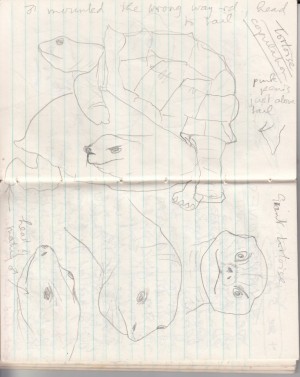