The death of a naturalist 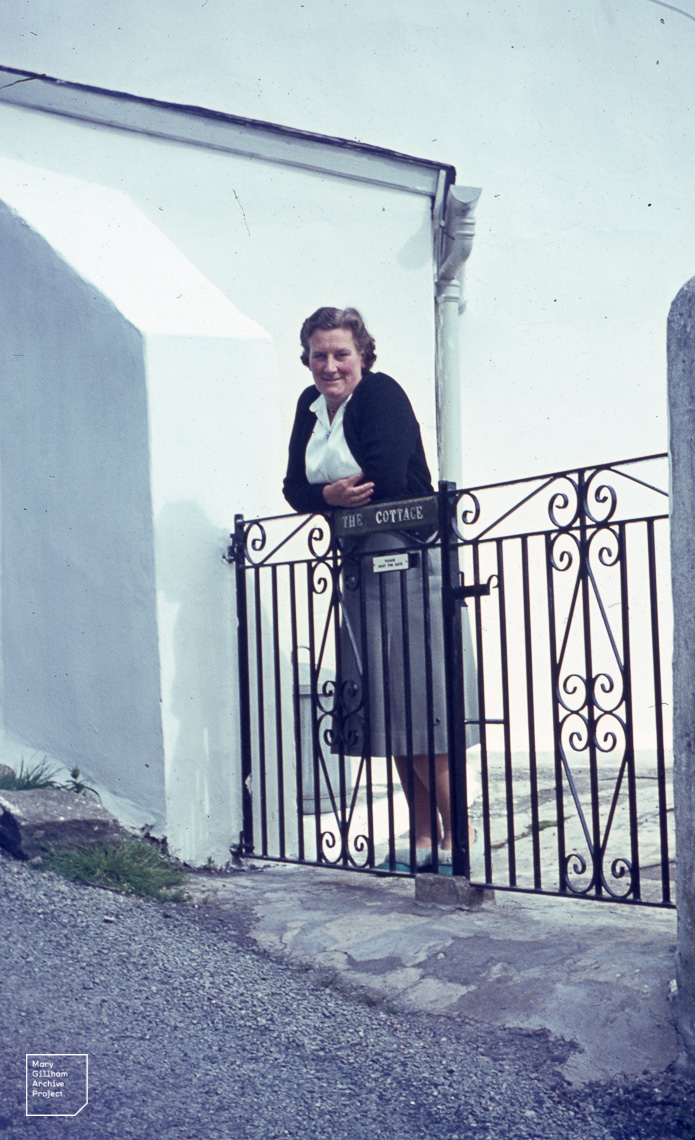 A service of thanksgiving took place at Thornhill Crematorium, Cardiff on 8 April 2013, with the suggestion that donations should be sent to the Wildlife Trust of South and West Wales.

Andy Kendall, then President of the Cardiff Naturalists' Society, and Rosemary Hufton, Mary's god-daughter, both spoke at the service, and their words are included below.

Andy Kendall: Mary as a Naturalist. Delivered on behalf of local nature societies.

I, like Mary have had the honour of being the president of the Cardiff Naturalists’ Society and am here to express our deepest respect and our fondness for her

And not just by us, I know that she was loved and respected by all of the local wildlife groups and organizations. Including, the Merthyr Naturalists, the Wildlife Trust, SEWBREC, the Cardiff Park Rangers, the staff from the institutions of the National Museum of Wales, Cardiff and Swansea Universities and of course the National Botanic Gardens of Wales where she was recently honoured as one of the top female botanists of Wales in an exhibition

She gave to us all in terms of knowledge, learning, and understanding, and shared enjoyment in discovery

Some of us were honoured to be present at her 80th birthday party and we shared with her the highlights of her years of exploring wales and the world. At that event we were entertained to a poem written by her close friend Mairead Sutherland whom’ I know she missed dearly and who’s work I have adapted and would like to present to you here

When Mary was born in London town
She little knew she’d be renowned
For writing books and long-haul travel
Her life history I’ll now unravel.

When war broke out and food was short
She volunteered to do her part
And though her work mates thought her barmy
She joined the Women’s land Army.

She fed the stock and drove the plough
Monitored milk yields of the cow.
When war was over, tired of monotony
She went to ‘Aber’ to study Botany.

To write her thesis for her PhD
She chose Skokholm in the Irish Sea
To study the effects on plants of guano
Dear to her heart as we all know.

Worldwide postings came her way
She stayed a long time from the UK.
Five brave lassies of which she was one
Sailed to Antarctica, the first ever done.

Back then in Wales she joined Extra Mural
And taught many students of all things rural
With an hour of chat plus one of slides
And field trips organized besides.

Aldabra called her when rumours rife
Said a US base site would cause there strife
To the endemic nature living there
Mary, when asked, listed all things rare.

President and Honoured by Cardiff Nats
On Merthyr’s committee she  also sat
A founder member of Glamorgan Trust
On all their deliberations she was a must.

She lectured still and also lead trips
From fungus forays and fun pond dips
She edited and illustrated our news letter
No one did these things better.

And in Mary’s cottage on the Garth
There was always a welcome at her hearth.
In her garden filled with cats and flowers
She whiled away many long happy hours.

She drew and painted and wrote her books
She gardened, entertained and cooked.
There was no limit to her gifts
Through her life she calmly drifted.

With Mairead she travelled through sun and gales
Ate ostrich legs and crocodile tails
But both martyrs then to hips and knees
They cruise more gently on the seas.

So here we’ve gathered to celebrate
The life and times of our mate
To the end keen of brain, though weak of knee
The multi-talented Mary G.

Some were also able to be with her at her 90th when we had a more intimate celebration where I presented a visual celebration of Mary. I simply entitled it:

Naturalist,
Writer,
Artist,
And above all: Friend

Mary would want this to be a day that celebrates her life, not a day of mourning and sadness. She was a woman who dealt with the circumstances she found herself in and made the best of them. There was no room in her life for long term regrets, ‘could have been’s or ‘should have been’s.

She often told me that in a different era she would love to have been married and had children. Circumstances prevented that happening and she was well aware that by devoting herself to her joy of the natural world sacrifices had to be made.

Mary was my godmother and I would like us to celebrate her life today and for many years to come.

Mary Gillham grew up in a different world from ours. In the 1930’s she went on exciting camping holidays as a child with her parents and brother John, her uncle and aunt and cousins Stella and Marjorie. They drove around Europe by car and camped in rural places without the crowds and restrictions we have now. The war put an end to that freedom, but it opened doors for Mary. She wasn’t happy in her office work as a civil servant, and with the war effort was able to change direction and become a land girl.

The stories she told me were nothing like the fun and loose morals depicted on TV and in the cinema. Mary told me that it was exceptionally hard work, but it gave her a taste for life in the country. After the war, the government gave youngsters who had missed out on a university education, due to their war work, a second opportunity to apply to study there. Mary took advantage of the offer, achieved a first class degree in botany from Aberystwyth University and was launched on her career.

When I was a child, I think I was eight, Mary set off on an academic expedition to Australasia which was expected to last for several years. She firmly believed that as my godmother, she should recognise each and every birthday and Christmas with a gift for me. So amidst all of her other preparations, she took the trouble to sort out a whole range of suitable presents from her own possessions  and gave them to my mother to distribute at the appropriate time. They included a necklace of African seeds, a wonderful old doll with a china head and a paintbox that she had used for some of her botanic illustrations.

The first time I realised the significance and fascination of Mary’s work was when on holiday as a teenager in Wales with my parents and brother Anthony. Mary had recently moved into her Welsh cottage and we visited her there. We were treated to a slide show from her travels and the pictures were superb and truly eye-opening. At the time we didn’t have television at home, and wild life programmes weren’t made anyway, so I had never seen anything remotely like those pictures.

Moving the clock on rapidly, Mary was staying with us in Reigate for Christmas when the devastating Asian tsunami struck. She was up and dressed before us on Boxing Day, and quietly watching the TV news in the kitchen. I will never forget her shocked look and white face as she told us the news about what had happened. This was her territory - the natural world. Her extensive travels and insight into how people lived elsewhere, gave her far more insight than us into what the terrible consequences of the tsunami were likely to be.

Mary was a born teacher who never stopped sharing her knowledge with others. She liked nothing better than showing off the natural delights of her beloved Wales. I spent an August week with her on my own, and each day she planned different outings and adventures. It was delightfully old-fashioned, like a ‘Famous Five’ story. We even had picnics with jam sandwiches and ginger beer.

Mary was a great listener and very open to suggestions. On one of the occasions when Dave and I visited her at her Cottage we noticed how hard it was for her to drive her old car and park it in her very difficult garage. We suggested she change to a modern automatic car with power steering, and within a few weeks she called to say there was a new car on her drive. Old fashioned she may have been in many ways but she never lost her sense of adventure.

The highlight of the later part of her life was to be awarded an MBE for her services to natural history. Dave and I were delighted to be invited, together with Anthony, to Mary’s medal ceremony at Buckingham Palace. It was a wonderful occasion, and we were thrilled to be able to share with Mary something which she so clearly enjoyed.

I have lost a much loved and admired godmother, my aunt Stella has lost a much loved cousin and we have all lost a friend who has left us a treasure trove of memories, slides , drawings and books that will ensure that her dedication to natural history will never be forgotten.