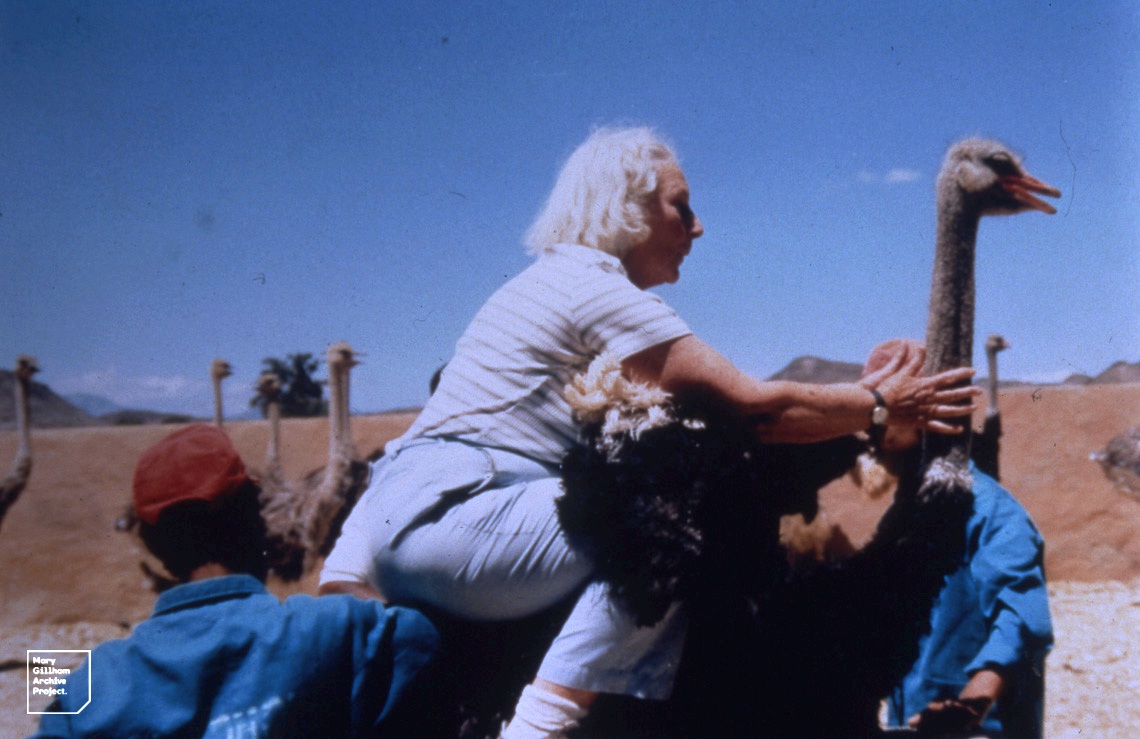 Thursday 10 November Morning tour of Pretoria and flower photos A.M. Kruger’s House, old furnishings as was. Voortrekker waggons at back made from stinkwood … 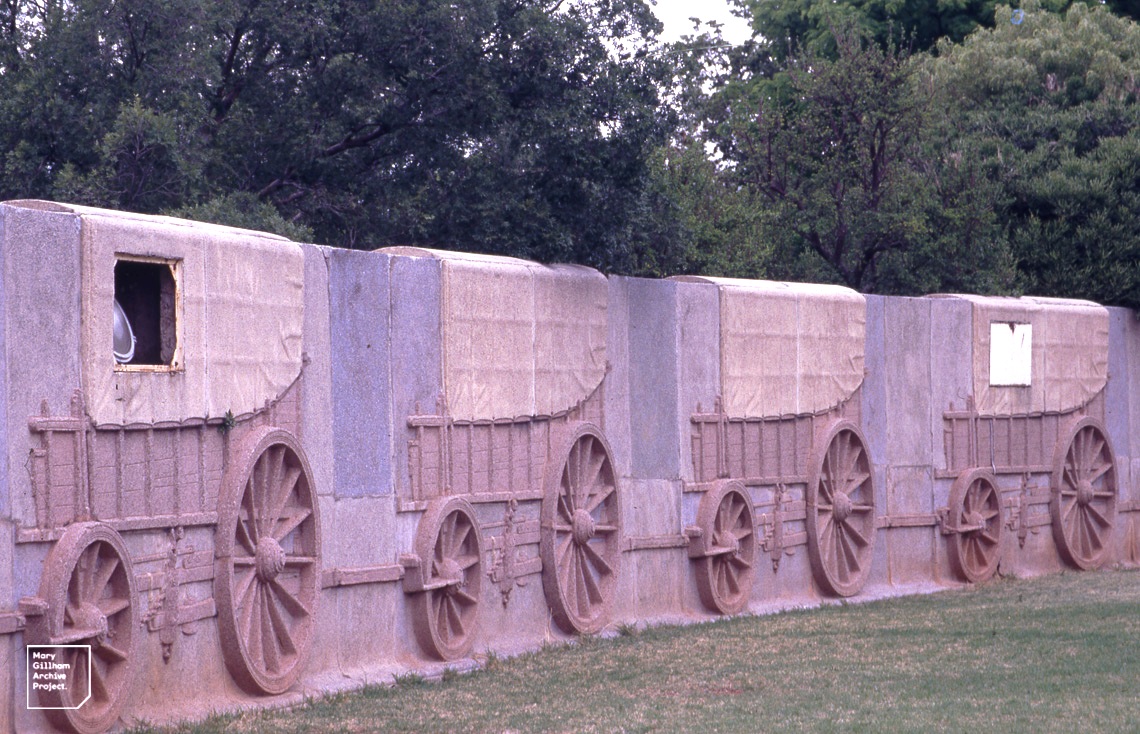 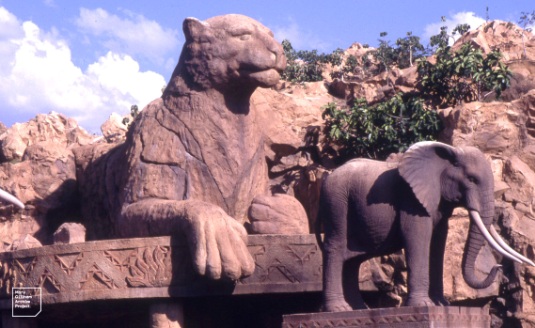 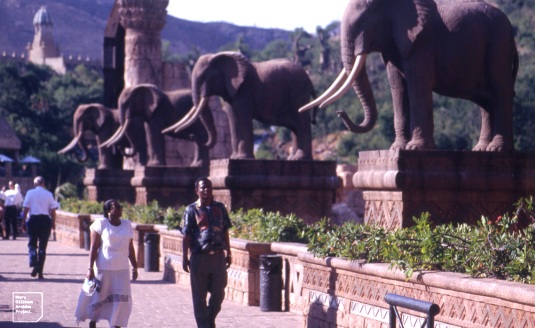 Saturday 12 November In Pilanesberg National Park. Game drive from 6 – 9am and another in later afternoon … Not a lot out and about this morning but three black rhino was apparently a rare sight. They stay in dense cover and hold their heads high. Browsers, secretive and very fierce, charges first as can’t see what threat is. Black is smaller. White rhino [shown in photos below] holds head low to ground in transit. Is a grazer. In open spaces, not so fierce – surveys danger before charging. 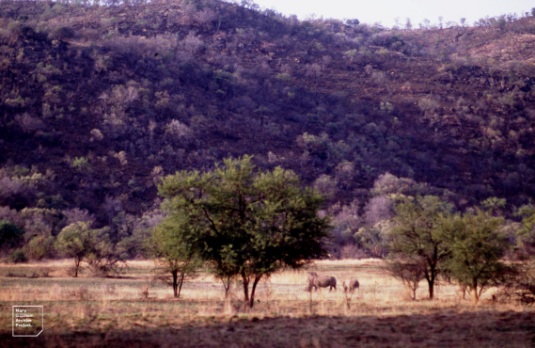 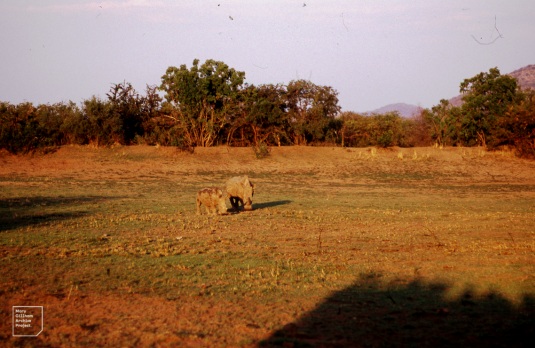 Night ride from 5 to 8pm, the last hour with spotlights, catching the gleam of eyes – magnificent blaze of silver from water buck, myriad pairs of green from gnu, orange from black-backed jackals …

Monday 14 November Drove across Swaziland and on to Hluhluwe Game Reserve for safari drive and thunder storm … Elephants 1 + 2 + 2 + 11 in herd. Giraffe in 3s and 4s. Plenty of warthog, impala and 6 white rhino all together. 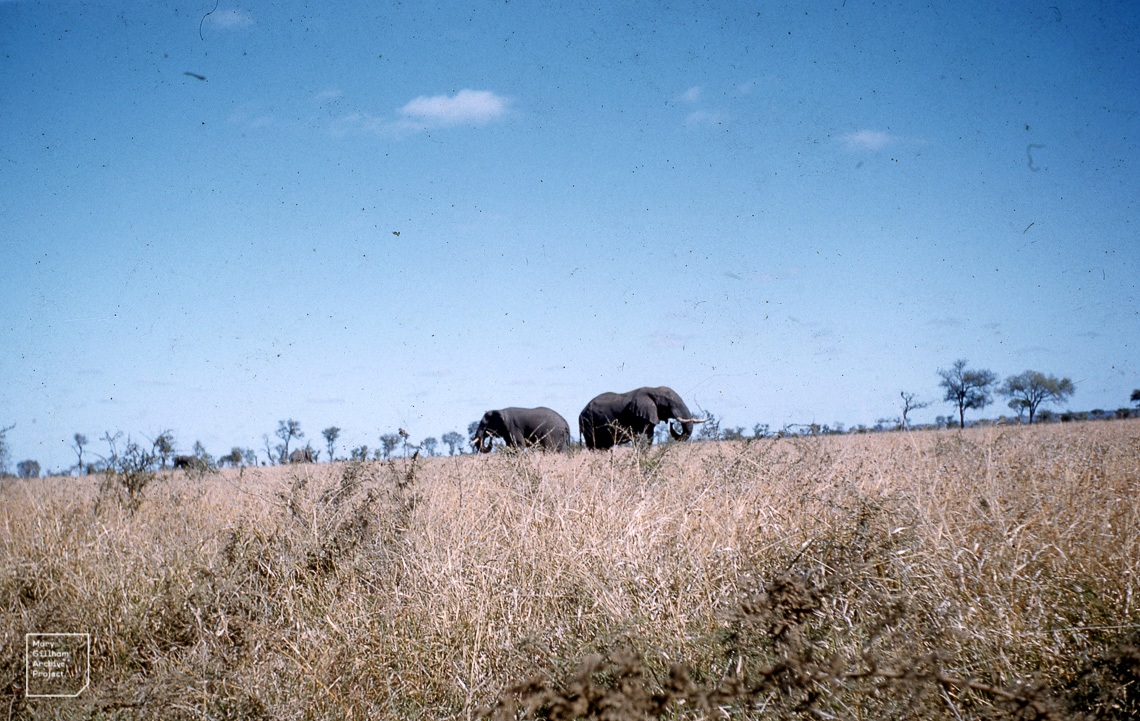 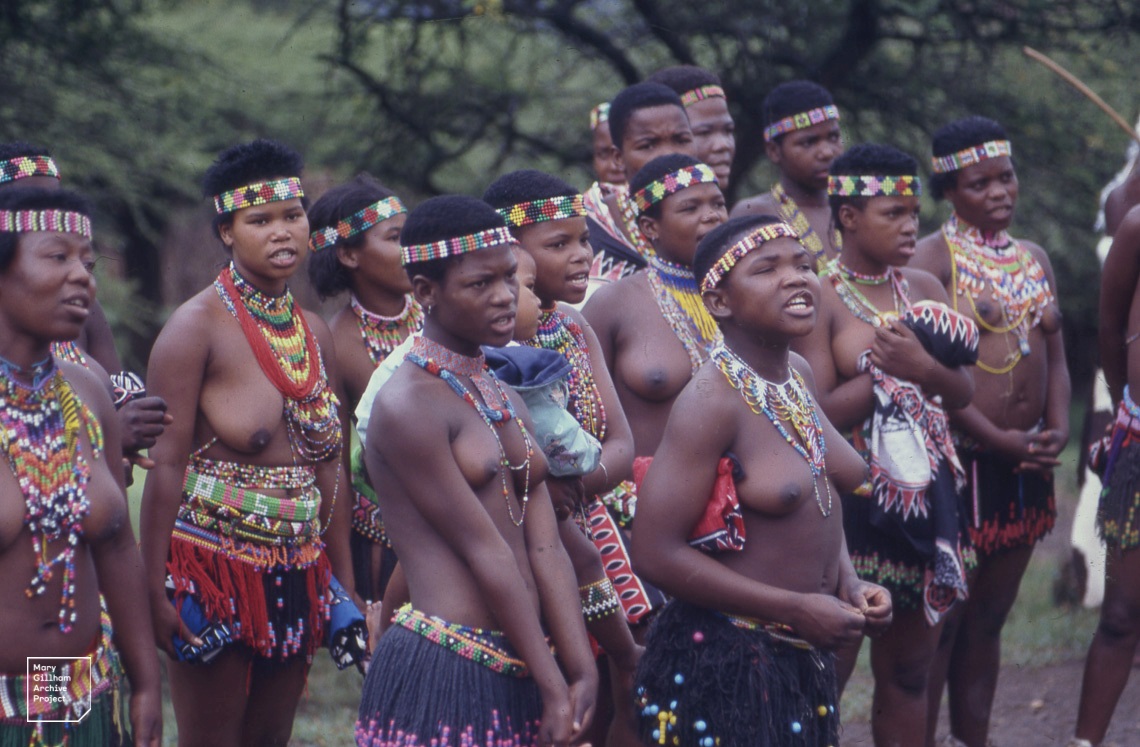 Friday 18 November Around Knysna and across on ferry to Featherbed Nature Reserve … the estuary, the most dangerous shipping port in Africa to enter because of wrecks. … A small sandbank met first, then a large one, then a big rock in middle of deep shallow channel.

Saturday 19 November To ostrich farm. Suzy, tame, sitting on eggs. Stood on eggs to show strength of shells … Leather is very strong – lasts a lifetime. Is waterproof … Meat is from knee and thigh – the halfway point of leg is ankle … Three bushmen caught and rode ostriches, one coming a cropper in Mairead’s lap in the stands. 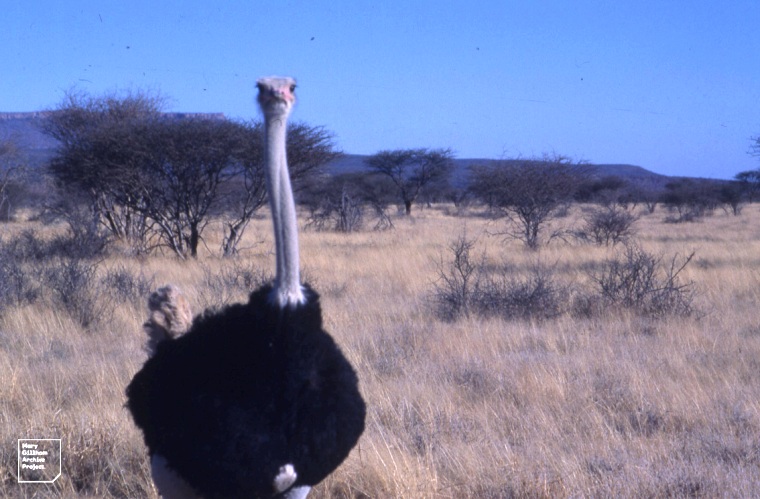 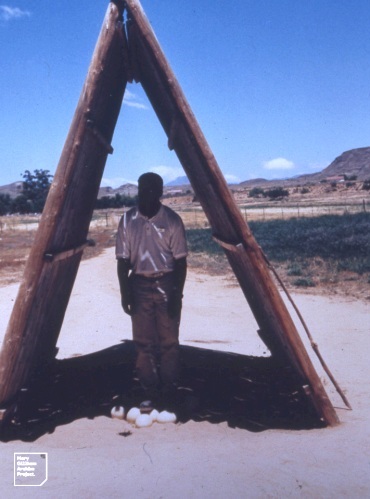 Monday 21 November 150 Rand tour of Cape Peninsula, down Atlantic side, up Indian Ocean side. Boat trip to seals on Duiker Island in Hout Bay – island was literally covered in Cape fur seals, leaving only room for the resting flock of Dominican, Kelp or Southern black-backed gulls and the odd Hartlauts. The sea was full of them rolling over and over among the arched kelp frons, their waving flippers looking just like it ... Walk to penguins on Boulder Beach in Simonstown. Kirstenbosch Botanic Gardens. 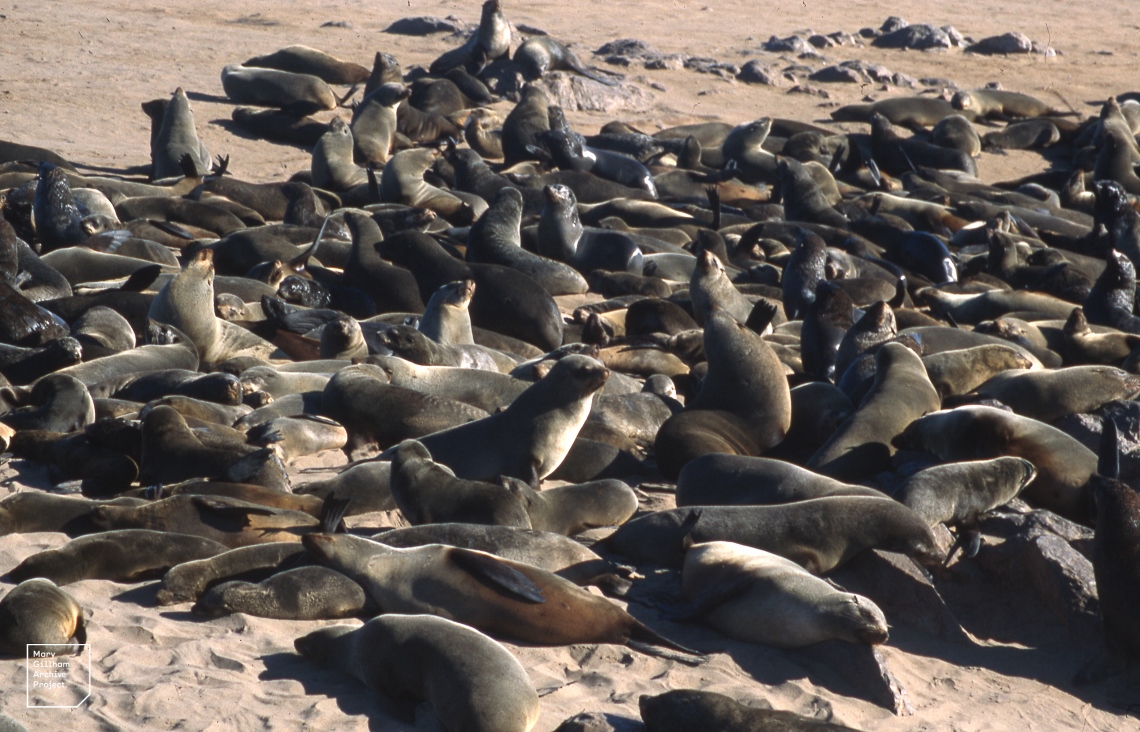 Tuesday 22 November Ascent of Table Mountain by cable car and coach tour of city and … to Blouberg Strand for classic view of Cape Mountain. 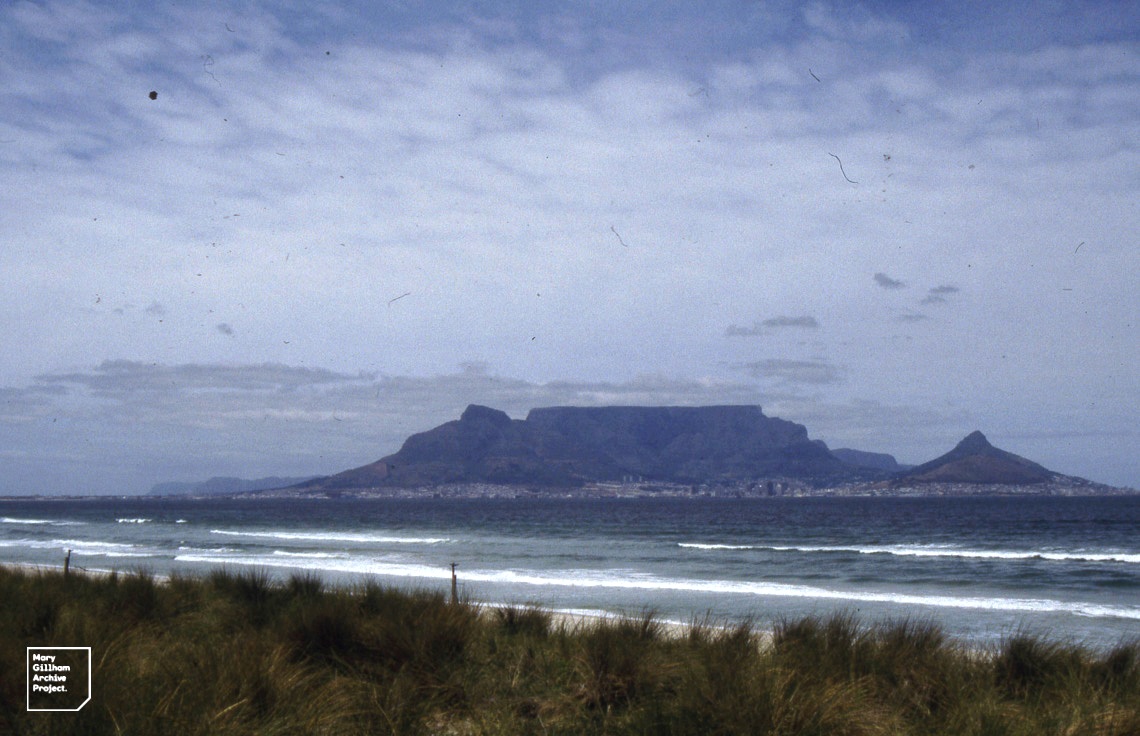