A study tour to Hawaii 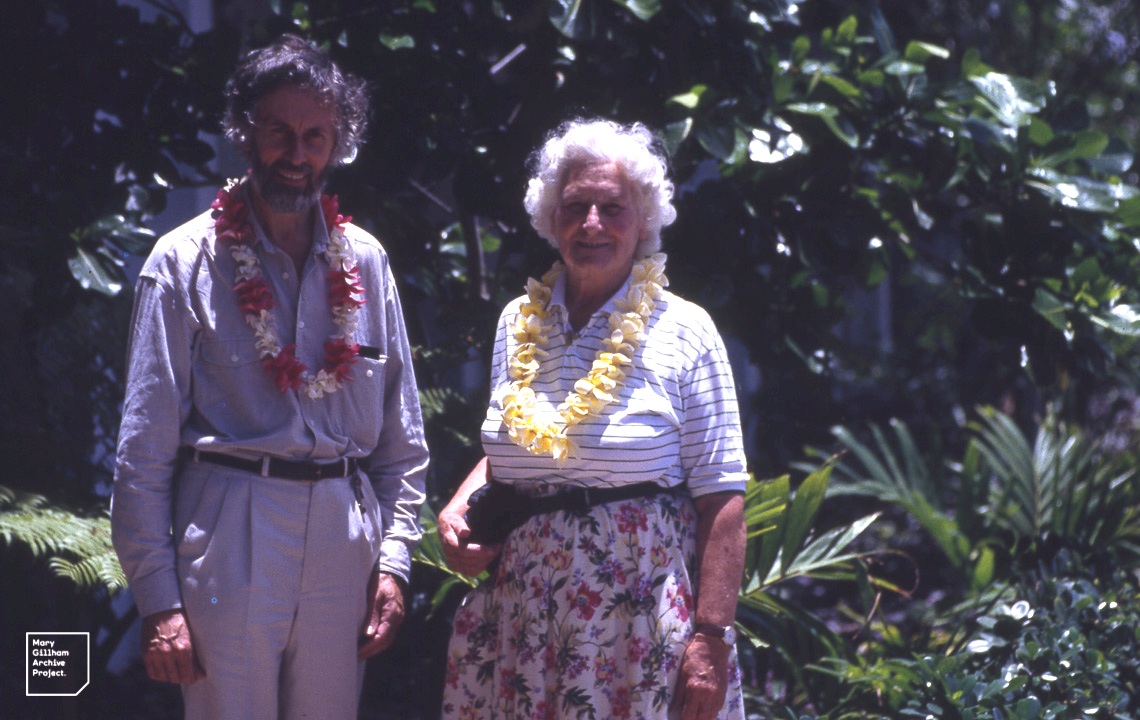 From 27 July to 17 August 1993, Mary joined a Cardiff University Department of Continuing Education study tour to Hawaii. The tour, of around 40 people, was led by her friend and former colleague John Perkins, and included such diverse activities as: botanising amidst the extremely colourful native flora and fauna; seeing the sights of Oahu, the Big Island, Maui and Kauai; marvelling at the lava formations, sulphur banks and craters of the Volcano National Park; exploring the local markets; being fascinated by blow-holes and ancient petroglyphs; enjoying bathing and snorkelling in the warm ocean waters, and much much more.

Highlights from Mary’s diary include:

Wednesday 28 July
Arrived around 2pm, their 11am. Rest of day wandering around Waikiki Bay. Greeted with leis (garlands – mostly of frangipani), one each by 3 half-naked handsome Hawaiians. 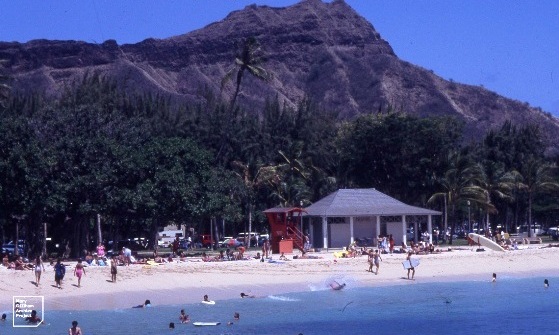 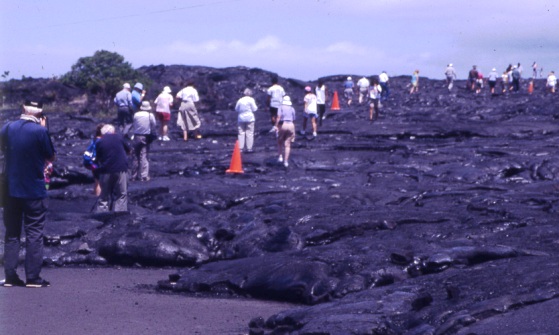 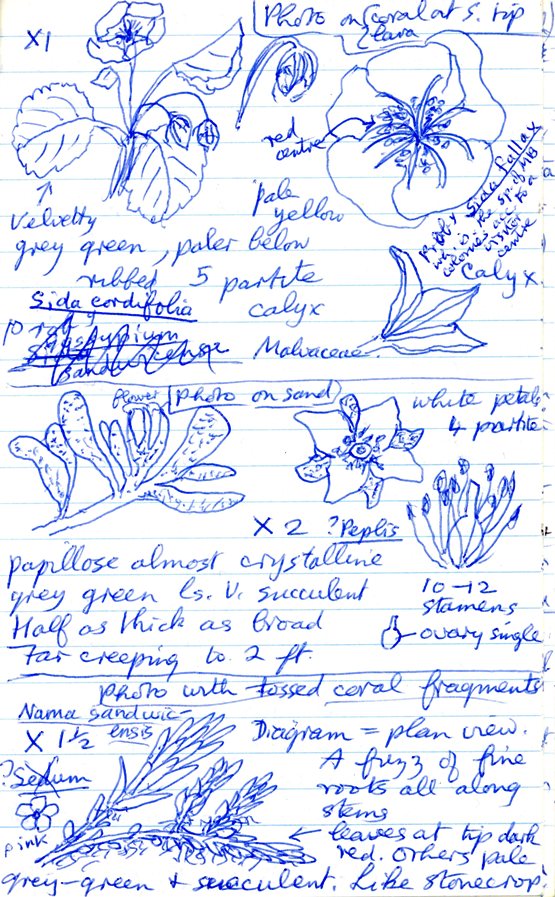 An exhausting two-and-a-half mile walk both ways, first on road, then over about half a mile of lava, then more on road. Then over very hot lava – rubber sole shoes returned with pattern melted off. Preposterously hot, striking up skirt. Got to source – saw very little red but the burbling of new material coming up literally within a few feet of us and only about a foot lower.

A day trip to Kau Desert and South Point … Kau Desert trail with ash footprints of early Hawaiians escaping eruption … [Ever the botanist, Mary was struck by four plants she found on this most southerly point of the USA and draw their details in her diary.]

[After learning of the dangers of Tsunamis, Mary was struck by a restaurant sign] ‘When there’s a wave warning, pay your bill and run like hell.’

Beaches visited were scenes of film ‘South Pacific’ – Big Crosby, Bob Hope, Hedy Lamar. First one scene of ‘I wanna wash that man right out of my hair’, second one of ‘Bally Hi’.

You can see the whole album of Mary's photos of this trip on Flickr. 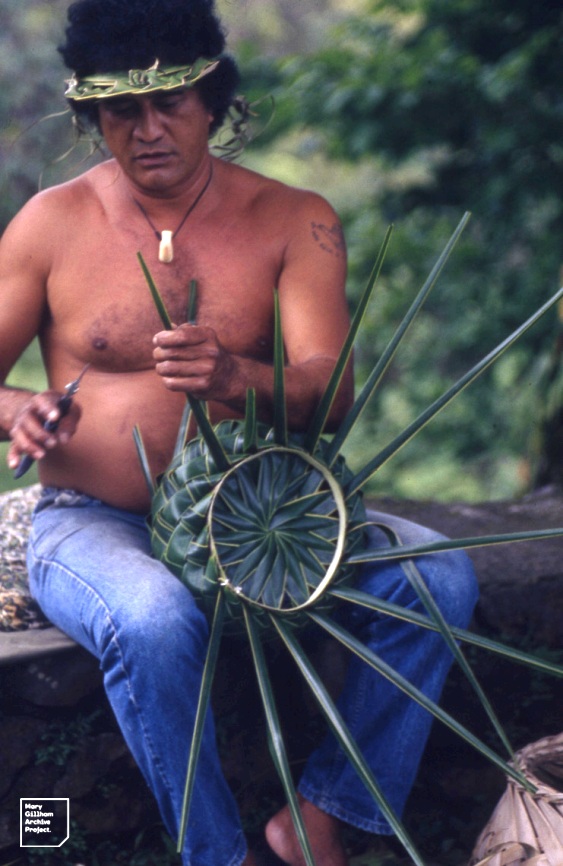 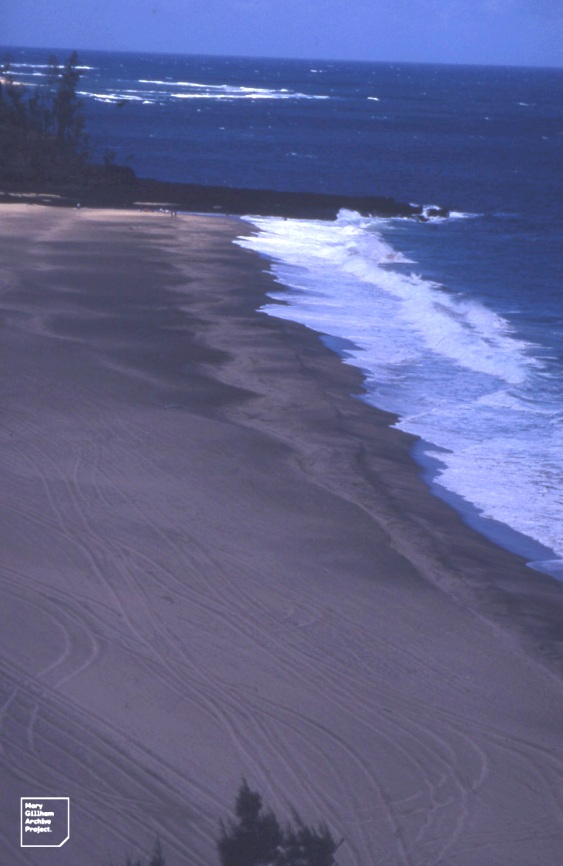