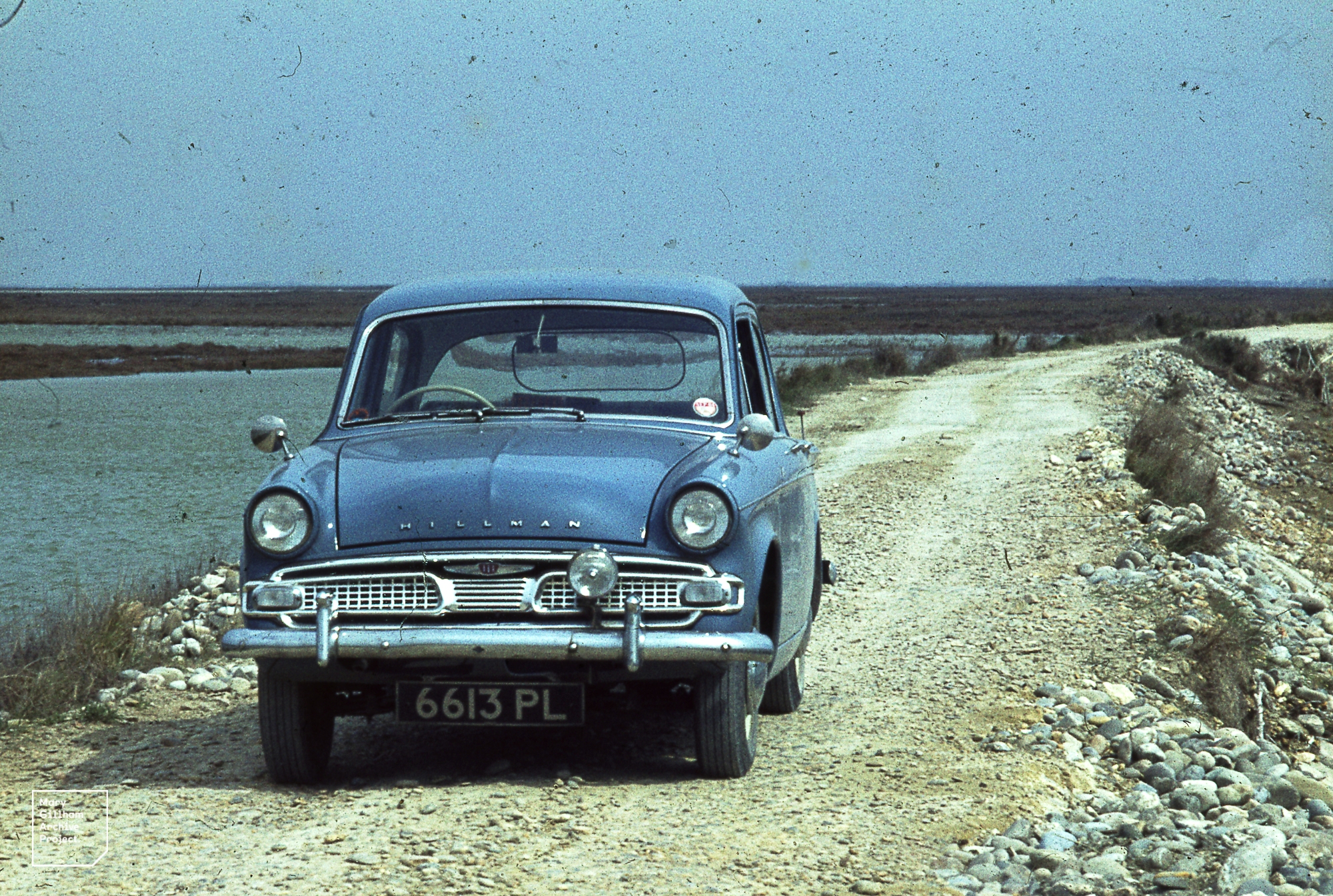 From Mary’s book This Island Life:

I had recently returned from my wanderings in the Southern Hemisphere, to settle in South Wales and had become the proud owner of my first car. A lover of winding lanes rather than screeching highways, I decided to try her out in the Emerald Isles. It was a little unnerving seeing her swung aboard the Irish ferry by crane at Fishguard, three chocks fixed around each wheel, also backing her down the ramp from the railway wagon on which she had achieved her first short passage in Rosslare, but the miles to come were delightful.

Mary and Penelope travelled many long and happy miles together. In the above photo, Penelope is pictured on the sea causeway towards St Louis, the Camargue, France, April 1964, and, below, Penelope on the road from Treherbert over the top to Craig y Llyn, under Ystradffernol, south Wales, 6 March 1966. 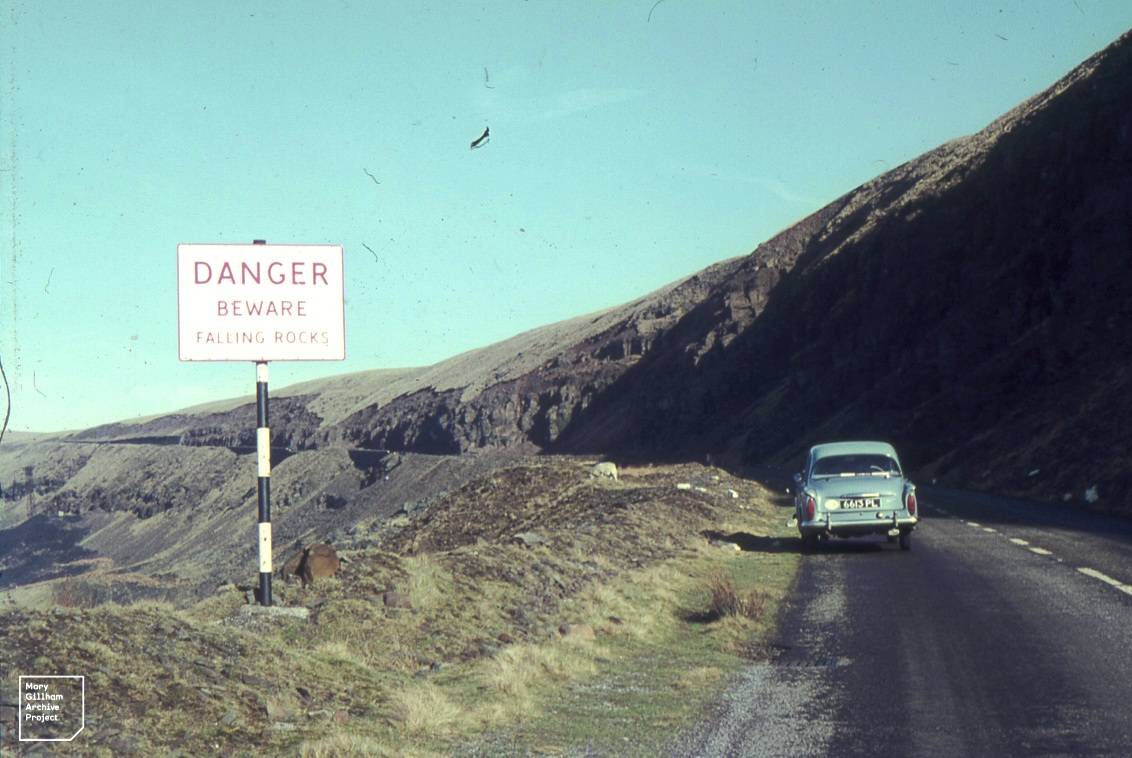