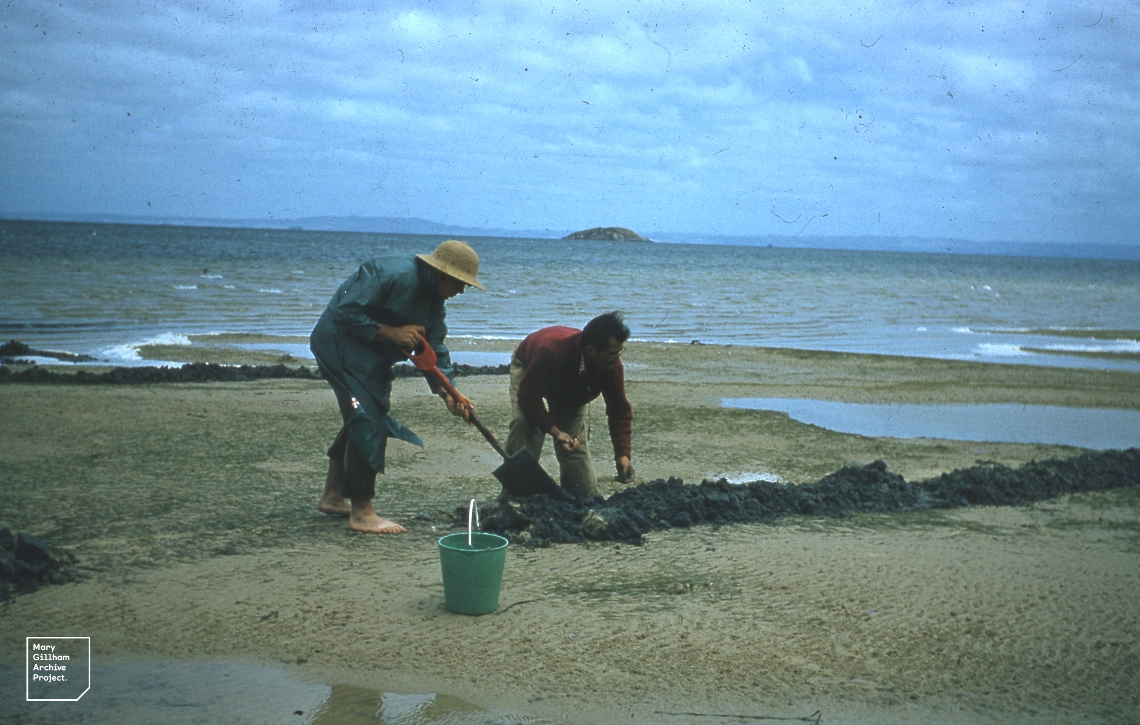 Sunny but a strong cold breeze.

John Thomson left at crack of dawn to start a major transect on the beach at China Bay, and Max and I followed to help after an early breakfast. The transect, ten yards wide, involved digging a trench and sorting the worms and others out of the evacuated sand at intervals of ten yards. Max’s job was to dig, John’s to identify and count animals, mine to act as scribe, estimate Zostera cover and number of crab holes (army crabs, some with doors open, some with doors closed).

The effort started at the upper margin of the Posidonia, which was waist deep in water even at dead low tide, and John refused to take advantage of my offer not to mind if he went in in his pants only and got his slacks soaking instead – after emptying his pockets into mine, I wore his thick leather coat as a protection against the biting wind, Max wore my plastic Mac and John, swathed in pullovers above, let the wind blow him dry beneath. Max and I managed not to get our trousers wet much above the knees.

It was 1pm by the time we were through, after short breaks for biscuits, chocolate and oranges, and we then departed inland to further tasks. John inspected and gathered up his mammal traps, Max and I went between a quarter to a half mile up the track to construct two 2½-foot-deep soil profiles, one in Leleuca swamp and one in Banksia scrub, Max again doing the digging.

John went on ahead of us with the bulk of the luggage but we caught up with him at the rocks where he was having to transport things in double shifts, and we shared the load a little more evenly. To my share fell a spade, my rucksack, a couple of mammal traps (not the one containing another Rattus assimilis), and an enormous black-boy chopped down for Beth. I took this from John half way, as he was making heavy weather of things, and wrapped its sticky resinous bottom in my duster-cum-bath towel and, after staggering back under the great weight, found that Beth required only the growing point which, when dissected out with the leaf primordia, measured about ¼ inch x ¼ inch!

We got in to lunch – hot soup, sardines – at 3.30pm, after which John promptly fell asleep on the marquee floor. Max and I went off north of the home creek to do a quick transect showing dominants for 300 feet from the dunes in. 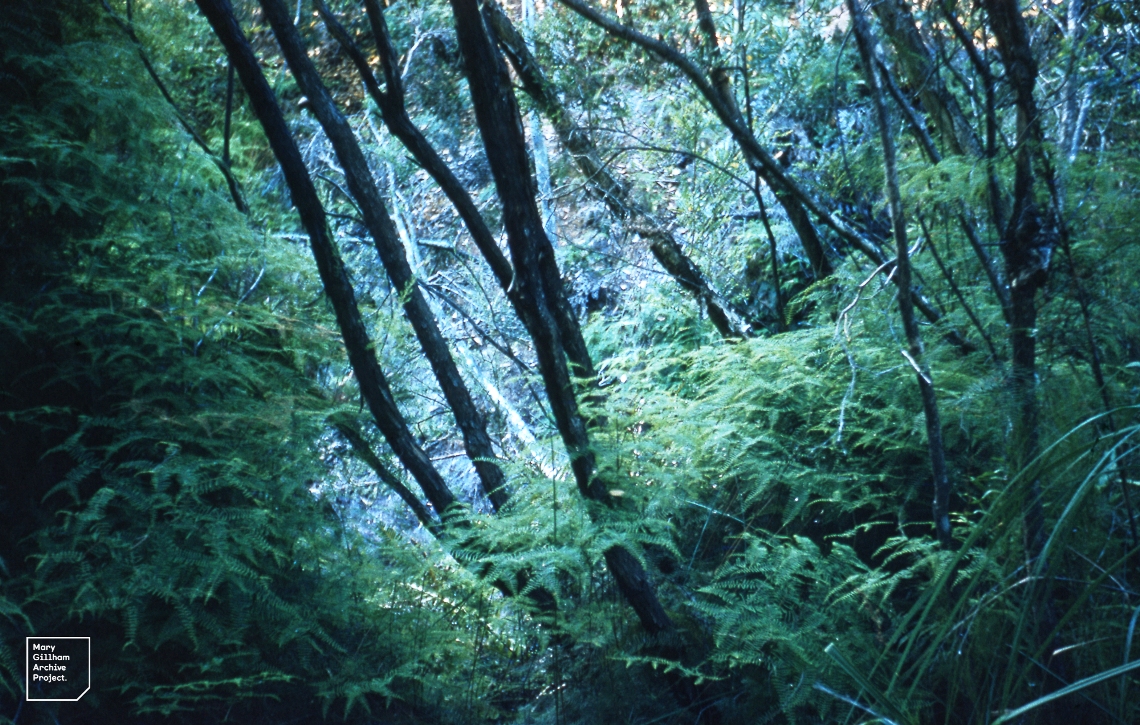 Back again, John and I set out up the fern gully to take photos of the lush 10-12 ft high Gleichenia, tree ferns, king fern (Todea) and enormous Gahnia. A real New Zealand-type vegetation, quite unexpected and very different from the surrounding heath. The stream tinkled along beneath, and John did a few acrobatics getting a high epiphytic bracket fungus for Linette. Then we sat and chatted about people, universities in different countries, travel and what have you, and I learned, among other things, that Maisie had published hastily and unwisely in her youth and was now being pulled to pieces, hence her present reticence and her husband’s words of warning. We chatted on and found ourselves an hour late back for dinner.

There was much to hinder our return – tree creepers searching the trees in a vertical upward spiral, bronzewing doves cooing from the leaf canopy, long-tailed wrens, and a brief glimpse of a great grey kangaroo making off through the Banksias with their thick vertically split bark. Evening (what was left) identifying plants.