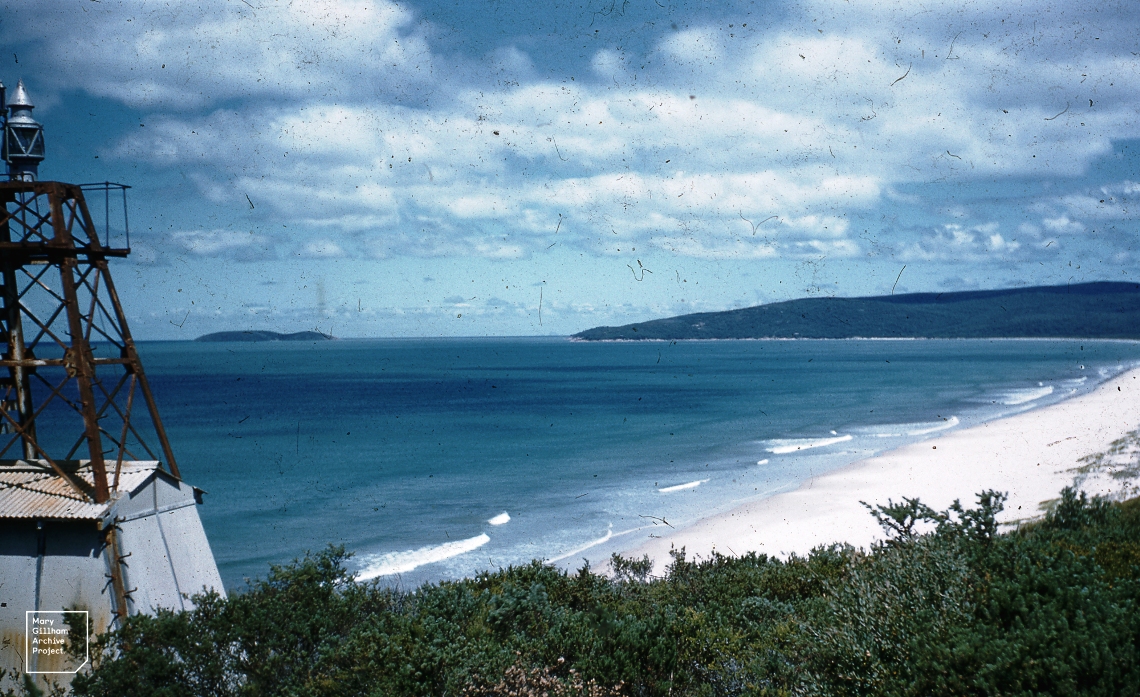 Another appalling scorcher, lunchtime temps being 108°F in the marquee, 111.5°F just outside in the sun, and 92°F in the shade where, needless to say, we sat around for meals.

Frank Roberts failed to turn up to take us to Granite Island as was three-quarters planned and I for one was not sorry. (Rabbit Island had been fully as hot as Western Australia which, while Melbourne was that day having a temp of 110°F, was glorying in a cold front with a max temp in Perth of 73°F!) 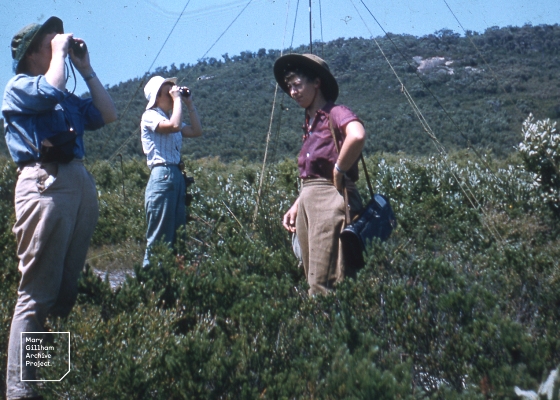 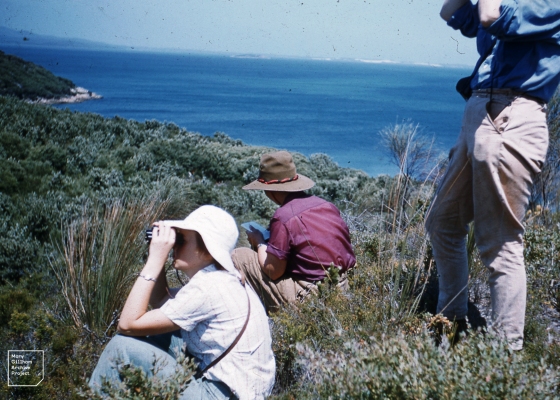 After sorting specimens, Stella, Linette and I went down to bathe, spotting a 3-foot-‘square’ skate or stingray as we went down the steps to the beach. We lingered a long time in the sea, sharing the shallows with transparent gooseberry-sized medusae [jellyfish] and small fish, and Stella rejoined us for a second lap with sunhat and cigarettes.

As we prepared to leave a 3-foot brown striped tiger snake came weaving a sinuous trail landwards from straight out to sea, possibly from Granite Island, more likely from an adjacent headland. Even the snakes felt the urge to bath today.

We approached curiously, with Beth armed with a short plank, and watched while the snake paused at the edge of the water to regain its breath. It then wriggled laboriously up across the sand, jumping around in lively fashion when handfuls of sand were thrown at him to observe reaction. He eventually flew in panic to a small hole at the foot of the peaty sand cliff, where he sat on the alert, looking out and flicking his forked tongue at us.

Only at breakfast time we had been discussing snakebite and had learned that the anti-venom was keeping cool in the creek but that only the two Johns were qualified to administer it – but none of us was brave enough to persuade it out of its hole and try to break its back on the soft beach sand. We left it in peace and in an hour’s time found that it had escaped to safe quarters.

Many of us spent the afternoon writing in the shade of trees outside the marquee – some more heat-resistant souls went off along the coast in the dinghy to work. I went along the beach in the cool of the evening listing and collecting. Later on, the heat broke in a thunder storm and deluge of rain. Beth and I had to move out of our leaky tent into the marquee, after digging trenches on the uphill side where the parched sand refused to absorb, slackening the guys, and raising the centre pole to eliminate roof puddles. A frog hopped in as we undressed but thought better of it and retired.