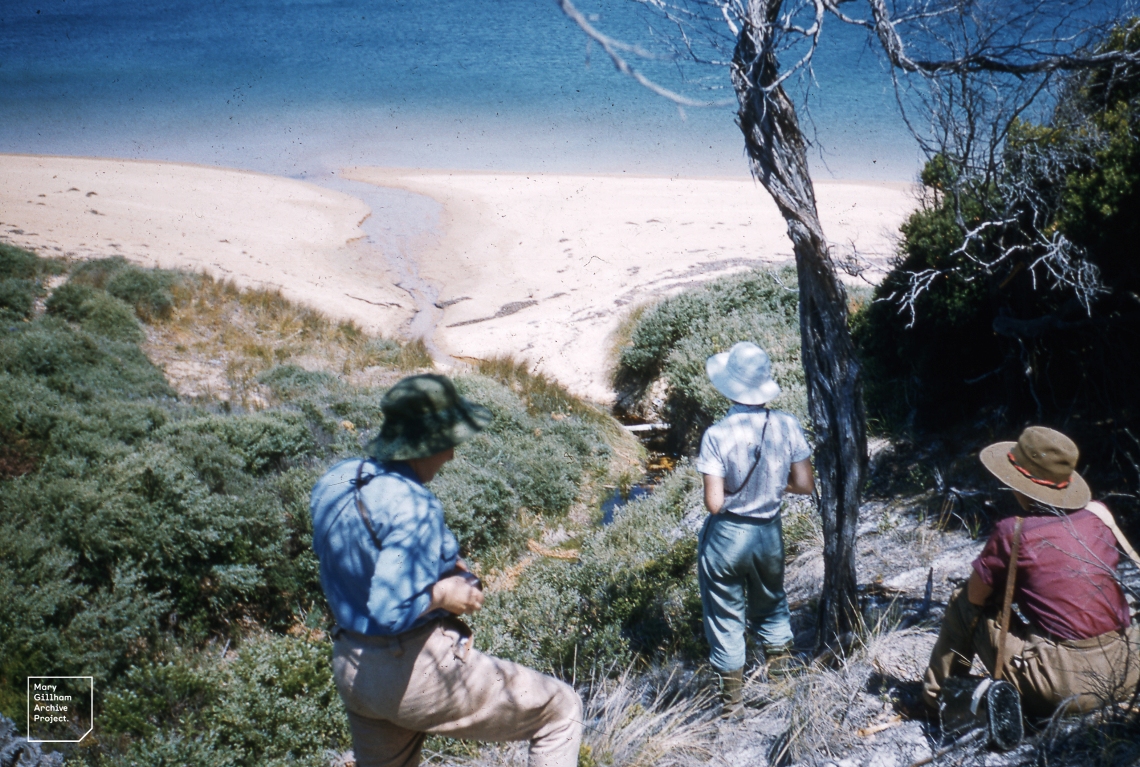 Mild with an easterly wind, a drizzle during the night but dry with alternating heavy cloud and sunshine during the day. 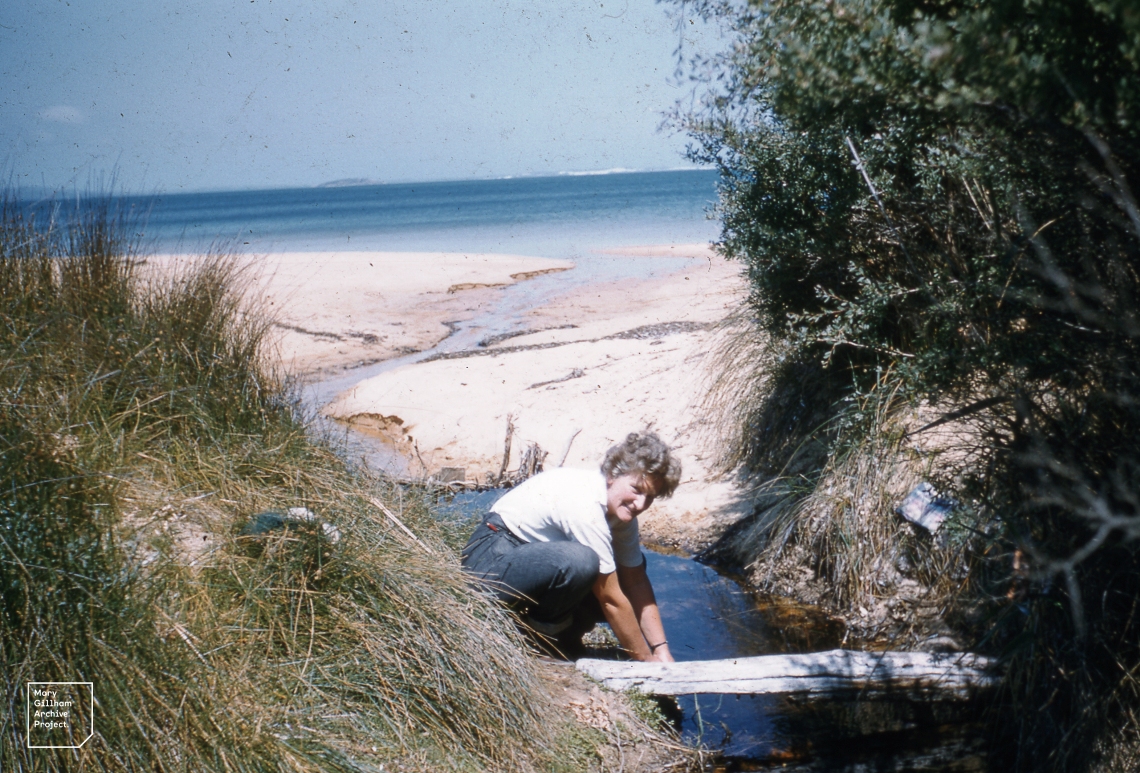 Down to the creek via the beach to wash, watched solemnly by the bright green golden bell frog on his customary plank below the sedges, a peaty tinkling stream reaching the sandy beach via a series of small plank weirs which helped to keep the tide out. Breakfast menu as throughout: tinned fruit and cereal, toast, spaghetti and tea or Nescafé. (Dinner menus throughout as last night’s – all tins except spuds. Lunch: cold tinned sardines or cheese and tomatoes.)

Chores in the morning cutting a track down to the creek and making steps to the beach, dug in the sand and held in place by boards from driftwood planks and fish boxes anchored with tea tree pegs (the tea tree having already supplied tent poles NZ style).

We botanised along the beach while Dave experimented with the outboard motor, and Arnie arrived with John McA before lunch and stayed with 9-year-old daughter Janet for a meal of tinned tongue. In the afternoon he took half the party out to fish for flatheads and kept them out till 6pm. They caught over 100 and we had flathead for tea, breakfast and lunch.

In the evening we pored over the aerial photos of the region and our president gave us a lesson in how to interpret them and transfer them to a base map employing stereoscopic (?) vision, with two lenses to get a common centre on two adjoining photos. Intersecting sand dunes and eroding sand ridges beneath the sea showed clearly, and the terrain proved as varied later as the photos led us to believe. 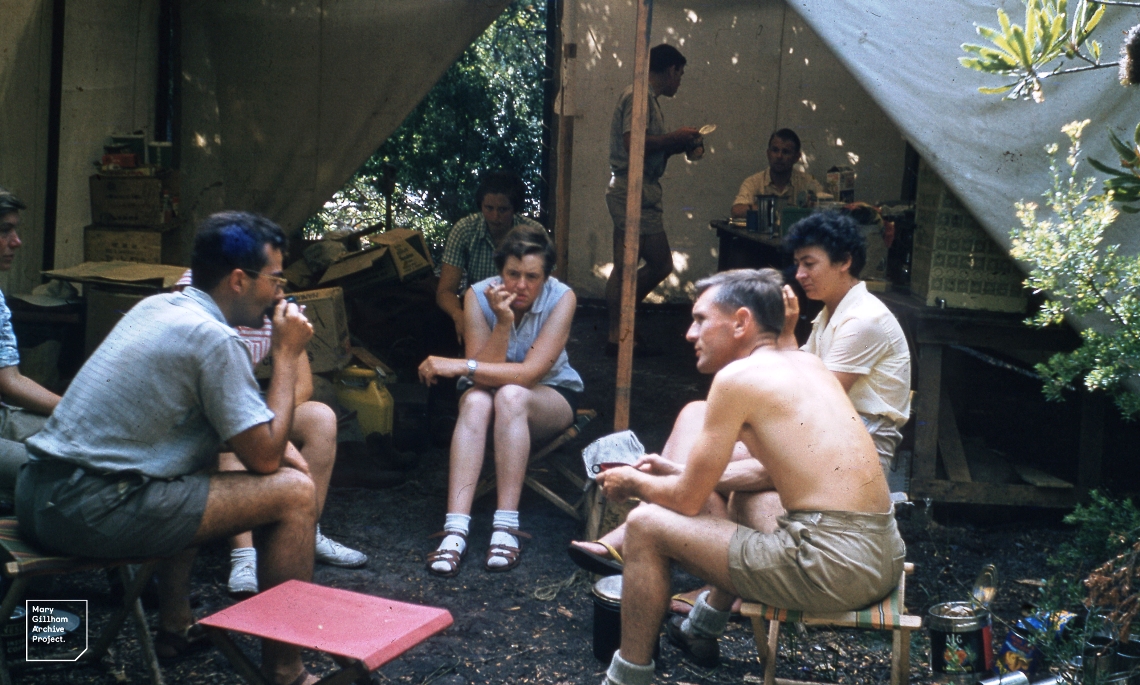