Learned from Prof that Dr Ashton returning next year and my services would no longer be required. He proposes passing me over to CSIRO but we have yet to hear what CSIRO thinks about it.

Chat to prof in am followed by letter next day confirming that no senior demonstratorship next year but that Ratcliffe is aware of his responsibilities, though hasn’t yet decided what he’s going to do about it (DLS [Dom Serventy] being one of his two problem children who brings people from abroad and expects the firm to pay). Learned later that he had asked DLS to send my reports and papers. Prof offered me a corner of the university dept to work in next year but Miss Roper said she had expected me to be around for only two terms and away much of the time so had not expected me to be coming back to college.I can return, of course, if I like to stay around most of the vacations but that would cramp my style too much. Wondering whether to rejoice at being ‘free as air’ or lament at being ‘cast out’!

E. Dinner with Minette who has invited me to stay at the ‘flop house’ during my spells in Melb.

A big mail awaited me at work in the afternoon, including a rather unsatisfactory one from Ratcliffe indicating that the most they might do would be to keep me going for about 6 months.

My last night in [Melbourne’s University Women’s] College [pictured below]. 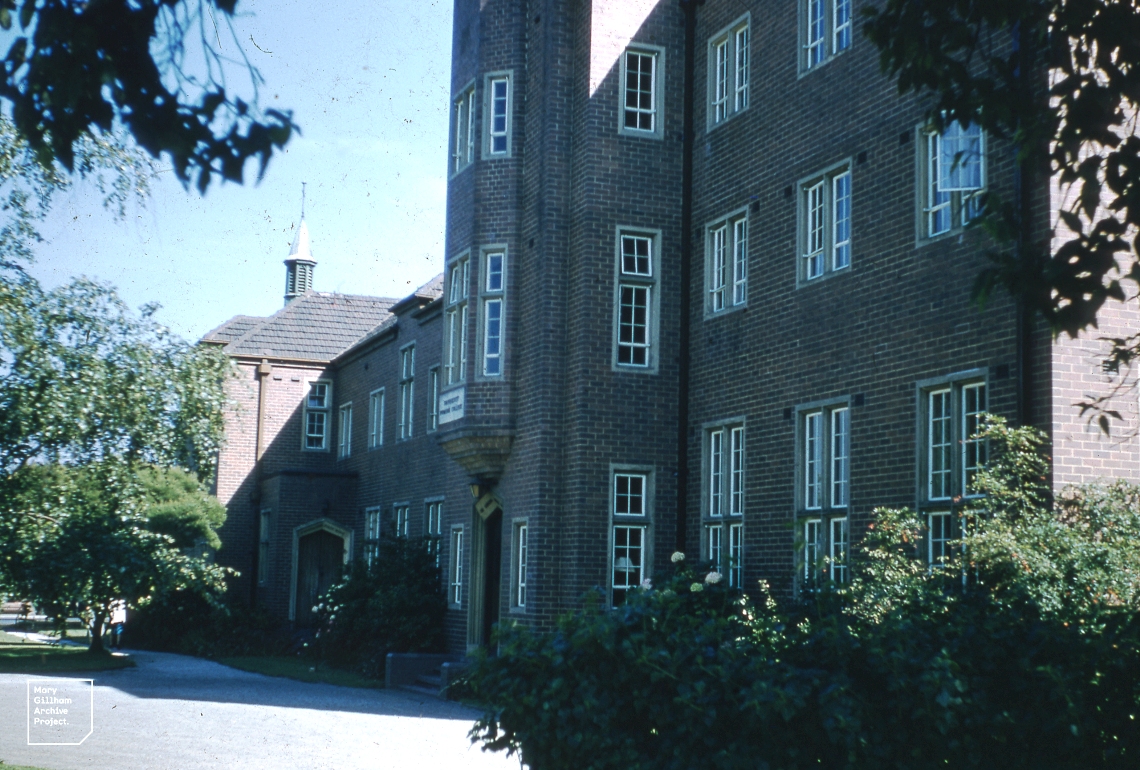