My friend Mollie Laverty and I had entered Ealing County School for Girls in the early thirties, [and, early in 1936, at the age of 14 both girls joined] the 1st Ealing [Girl Guide troop], though ‘tenderfoots’ were often as young as 11 or 12, and younger in subsequent years.

[It was] a crack company run by Marjorie Beer, the County Trainer for Middlesex, which took girls from county (later grammar) schools, so we were expected to progress faster than the average company of mostly younger girls. I never became a patrol leader [though she became Poppy patrol second] but the eight leaders and seconds – poppies, pansies, thistles and heathers – moved up together into a sort of cadet company when ours was excluded from inter-troupe competitions because we always won. Most of us returned to guiding in later years.

When I joined Girl Guides, ‘Naturalists’ was my first badge after second class. The nature diary required for the badge … included a clause: ‘Watch the changes in a selected area over a period of three months’. My area was the strip of rough grassland between our back garden fence and the tarmac path running round the edge of Gunnersbury Park playing fields. My discoveries – all drawn, the flowers and butterflies in colour, the birds in black and white – were mostly arable weeds and garden visitors. The period covered was April, May and June 1936. [You can see more of Mary's 'Naturalist' badge drawings on our Illustrations page.] 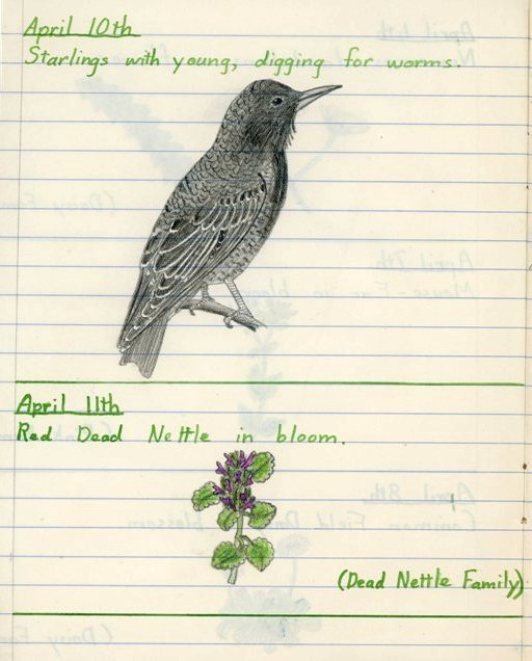 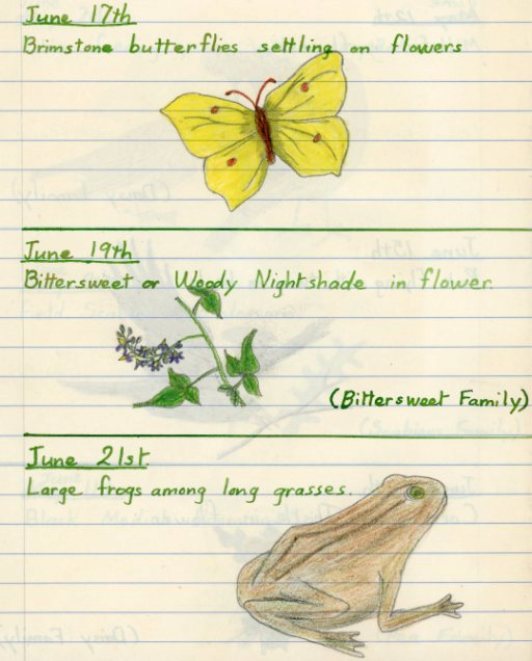 [After this] I found myself deputed to teach ‘nature’ during patrol time, when I would often much rather have been joining in the long-distance Morse and semaphore exercises and other exciting training sessions.

[Marjorie Beer] took us on a compulsory three-week camp every summer and saw to it that we got to know plenty of foreign guides, either there or on their home ground. How easily the teenage mind responded to the romantic notion and eventual reality of The Chalet of Adelboden, in the Alps; how eagerly we tackled those pioneering tasks in camp that earned us the right to carve yet another symbol of achievement on our personal totem poles. 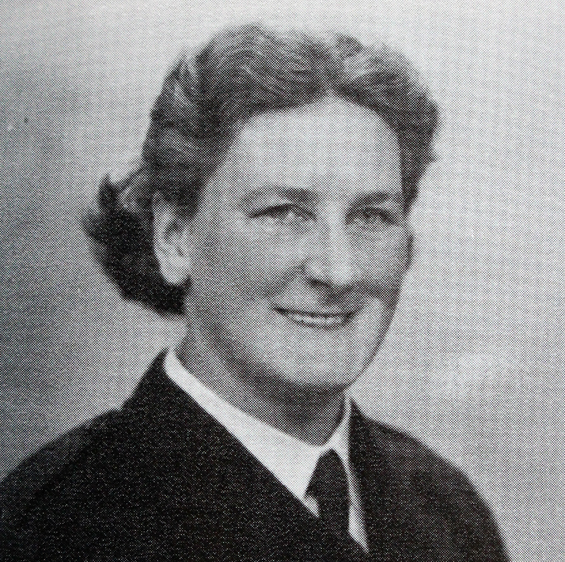 [While working in the office in Westminster around 1939] I continued with my Girl Guide activities but no longer exclusively with the 1st Ealing Company. We eight leaders and seconds had been hived off into a senior patrol and were being schooled to become leaders, so spent much of our time teaching. I helped with Hanwell guides, the 14th Ealing and the 11th Ealing, which must have been a new or renovated company as ‘16 guides were enrolled’ on 25 November. My specialities, apart from the obvious natural history, were Morse and semaphore. I loved the long-distance sending of messages in open country, Morse with our silk flags (a lovely rippling noise as they moved), semaphore with unadorned arms, as with the mechanical semaphores that sent messages from ship to ship in harbour. An integral and exciting part of guiding and scouting this. What would today’s youth with their mobile phones that can do so much more than exchange messages make of such capers?

During her years in the Women’s Land Army, when she was living in Shurlock Row, Buckinghamshire, Mary started up a Girl Guide company for the local girls, and her diaries record many evenings spent taking the meetings, teaching the girls new skills, testing them for badges, maintaining the company log and preparing activities for subsequent meetings.

In 1953, during her few years living and working in Exeter, Mary became a Guide commissioner (pictured at left), and she continued her interest in Guiding throughout her life.