Though Serventy’s initial scientific research centred on marine invertebrates, Mary’s connection with him came about as a result of the research each of them conducted on short-tailed shearwaters (muttonbirds).

The muttonbird had been the basis of an important and highly successful industry, both in New Zealand and Tasmania, for over a century, with millions of fledgling birds being harvested for their carcasses and oil, but, by the 1940s, the Australian government had become concerned about the long-term impact of such large-scale harvesting. By the 1950s, the commercial muttonbird rookeries of the Bass Strait islands, between mainland Australia and Tasmania, were already degenerating.

Serventy was the lead scientist in the study of muttonbird populations. He worked for the Wildlife Section of CSIRO (Council for Scientific and Industrial Research) and, though based in Perth, Western Australia, by 1951, he had become ‘internationally recognised for his thirty-year study of the migration patterns and the biology of mutton birds’, spending much of his time researching, ringing, and studying the bird populations of the Bass Strait islands.

In the meantime, Mary had established something of an international reputation as an ecologist of island flora and fauna, she had studied the northern shearwater populations, and visited muttonbirding sites during her year in New Zealand. She was, therefore, perfectly suited to joining Dominic Serventy in his muttonbird research.

It was Dom who arranged the first of Mary's many island forays in Australia: she spent the two months after her arrival, from 6 January to 28 February 1958, based on Fisher Island, much of the time alone in a hut that Serventy himself had helped build. Mary’s research was funded by and carried out in collaboration with the CSIRO (Wildlife Section), and Dom Serventy facilitated this research: the letters he wrote helped Mary obtain the financial support she needed and he was, no doubt, instrumental in Mary’s obtaining full-time employment with the CSIRO during for her second year in Australia.

During my first week in Melbourne I had produced a tabulated list of 250 plants on 26 Bass Strait islands and drawn up an 18 (foolscap) page report on Chappell Island, which the Tasmanian Fauna Board wanted to keep as a rookery, the Lands Department for cattle grazing. I, with the casting vote, plumped amidships, suggesting that the rookery remained intact under light sheep grazing; throwing in a few exotic ideas about rotary slashers, chisel ploughs, kangaroos for crayfish bait, rabbits, hormone weed killers and a vast array of reasons why one shouldn’t burn.

The report was hailed as a masterpiece [by various local scientific authorities] ...

From Dr Serventy I gathered that my paper was a complete heresy to all he had been preaching and making films of this past 12 years but that it was so reasoned and well set out that he could not but capitulate. Being a great man in the best sense of the word he did this very graciously. (Last year he had received the Australian equivalent of the Nobel Prize for the greatest contribution of the year to Australian science.)

In spite of this divergence of scientific opinion – or perhaps because of it – Dom and Mary continued to collaborate on muttonbird research, spending Easter 1958 and much of the following summer conducting field research on the islands.

In August 1959, Mary relocated to Perth, where Dom was based, and he continued to support her island travels and research. Mary wrote that he had again sung her praises to help her obtain funding:

… enclosing a screed (two foolscap) sent to Dr Coombes of the Commonwealth Bank to try and get me a further £500. A very persuasive screed singing of my prowess in the field … I learnt that my work represented pioneering effort which Australia had got very cheaply, without having provided any of the facilities and finances normally accorded to field workers and on which future ecologists could build. That I was a tiger for physical work and had tackled difficult work with great enthusiasm and determination. And much more in similar vain …

Mary and Dom’s collaboration continued right through to her departure from Australia in April 1960, and, no doubt, they maintained their friendship and scientific collaboration in later years.

Dominic Serventy had a distinguished career: he rose to the position of principal research officer at the CSIRO in 1961; he co-authored the much acclaimed 1971 Handbook of Australian Sea-birds; he was named a knight of the Dutch Order of the Golden Ark by Prince Bernhard in 1971; and was appointed MBE in 1973. Serventy Island, off the coast of Western Australia, was named in his honour.

This film, compiled by the CSIRO, explains more about the muttonbirding industry and includes some shots of Dominic Serventy conducting research and ringing birds on the Bass Strait islands.

Mairead Sutherland moved to Cardiff in the late 1940s/early 1950s settling in Whitchurch, the area of Cardiff adjacent to Long Wood and the Glamorganshire Canal. Mairead joined the Cardiff Naturalists' Society in 1953 and remained an active member for life. In 1967 It was Mairead who originally (and successfully) proposed that Long Wood and the Glamorganshire Canal be recognised as a nature reserve and she would remain involved in the site through the Friends of Forest Farm group. Mairead and Mary became travel companions, travelling to Botswana, South Africa, Zambia and Zimbabwe in 1994 and, notably, taking a cruise along the Amazon in 2000 when she and Mary were 77 and 79 respectively. 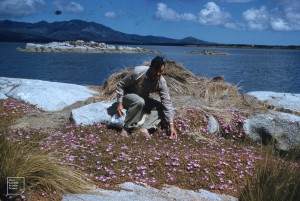 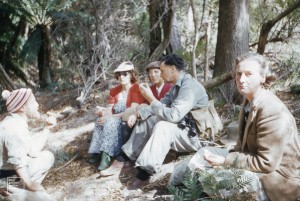 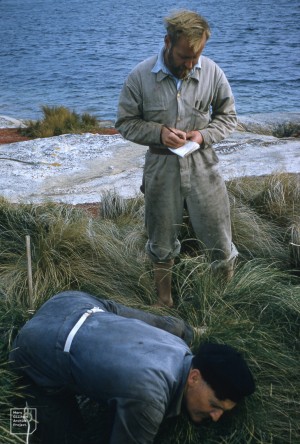 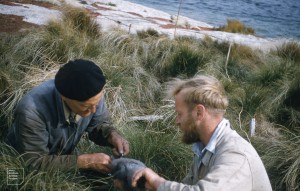 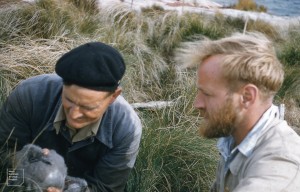 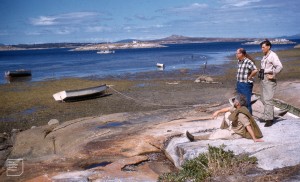 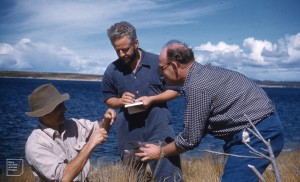 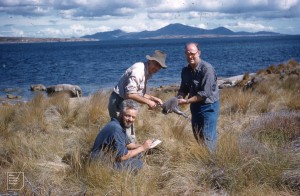 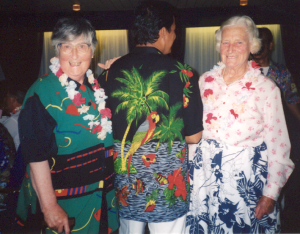 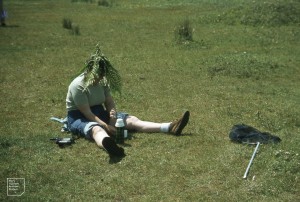 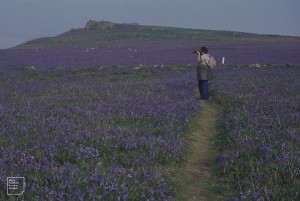 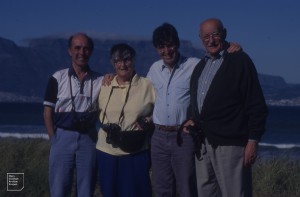 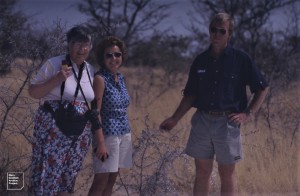 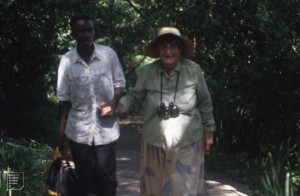