Dr Lily Newton was Professor of Botany at University College Wales, Aberystwyth in 1945 when Mary Gillham commenced her studies, and it was with Lily's help and guidance that Mary decided to continue with postgraduate studies. Mary's diary of Wednesday 5 December 1945 explains:

Prof Newton called me into her study after ex. service botany. She is thrilled with my bot. prac. Results – 74% – far and away above anybody else (75 in class) and she wants me to do subsids. I persuaded her it was all new to me and I couldn’t skip a year but she is bursting for me to do Honours. The college will employ me on research so that I can get MSc and ‘there are plenty of scholarships if your grant gives out’. Am very bucked!

You can see some of Mary's botany practical in the gallery at the bottom of the page.

Lily was present at Mary's PhD graduation in Cardiff, which Mary recorded as follows

Friday 17 July 1953 Graduation day
[In Cardiff] … we sunned ourselves in the gardens (myself feeling very spivish in black and white topped off with father’s funeral tie) until it was time to adjourn to the city hall for the occasion of the day.

In the robing room I found myself in a general mix-up of 65 or so male graduands and 2 or 3 females trying to sort the appropriate gowns from the pile on the table. Eventually I found mine, paid over the 30/- for the privilege of wearing it for an hour, and started puzzling over the method of donning the various bits. While I pondered, Professor Newton, down from Aberystwyth in her capacity as Principal, came to my rescue, getting me into the gold satin hood (which clashed violently with the crimson, gold-trimmed gown) and pointing out how not to wear a mortar board. At this point she was accosted as general steward by a misinformed graduand to whom it was gently indicated that she was concerned only with her special protegee. Fully rigged, and feeling … somewhat of a clot, I joined up with two well-established members of the Aberystwyth staff, Drs Price and Jones, and we went into a huddle with others of our acquaintance, wondering what was to happen next. The promised instructions were not forthcoming, however, and we proceeded into the assembly hall in all our glory, hoping for the best.

After the admission of the BDs, MAs and MScs Principal Sir Emrys Evans of Bangor presented the Doctors of Philosophy to the Vice Chancellor of the university and the Pro-Chancellor, Lord Harlech. Professor Newton, my much appreciated botanical and philosophical guide, in her DSc’s scarlet and pink, was on the latter’s immediate left and made no attempt to conceal her gratification as her erstwhile student came forward to the dais….

Mary's respect for Lily was such that Mary wrote the 'Botanist's Psalm' in her honour (see below) and dedicated her book Sub-Antarctic Sanctuary 'To Professor Lily Newton, who set my feet on the naturalist's trail'.

When Mary was struggling to find work after her return from four years in the southern hemisphere, Lily Newton was happy to help her former protégé. Mary’s diary for 25 August 1962 records a meeting with Lily, as follows:

got straight down to business on how to cope with Cardiff interview. Said if this post going in Aberystwyth I would certainly get it but doesn’t know what field will be there. Probably to start Oct 1st and be the only biologist. Big Nat. Hist. club in Cardiff, weekly natural history exhibitions in museum. Would not be teaching beyond intermediate level. Want Nat. Hist. rather than formal taxonomy course. My slides invaluable – don’t restrict to GB. Get out hypothetical programme on paper and show that I have ideas. May get Sat a.m. and p.m. classes and possibly 2 a night in different centres. Look at map and work out types of territory. Dutch extramural have courses in winter and major summer field trip to Austria, etc. Suggest liaison with Nat. Hist. Soc. and Museum. Possibly also needed in Education Dept in which case day classes as well.

Lily Newton is widely celebrated for her contributions to phycology (the study of seaweeds and algae) and to increasing our knowledge of river pollution, as well as to botany and education in general. 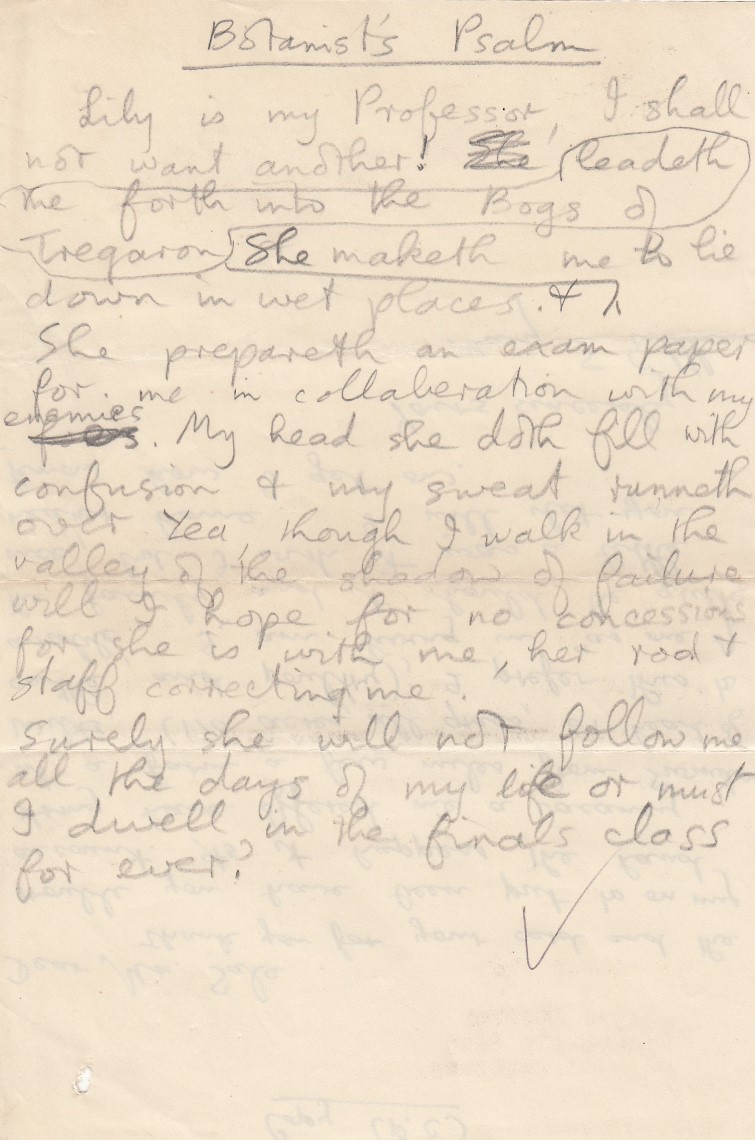 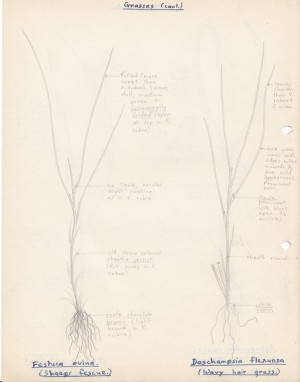 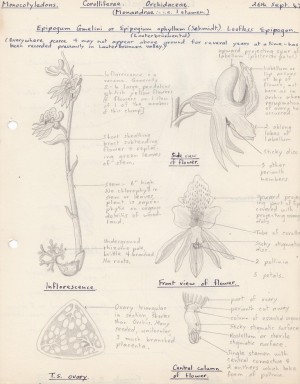 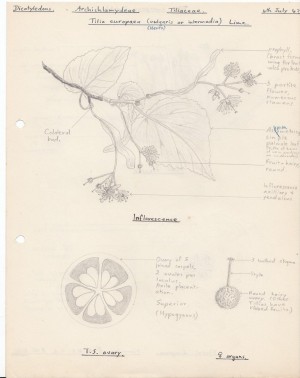 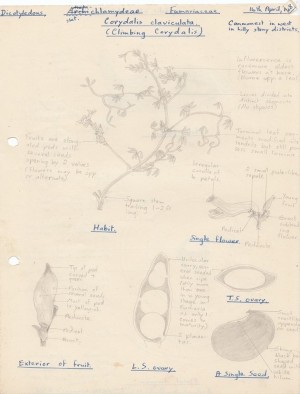 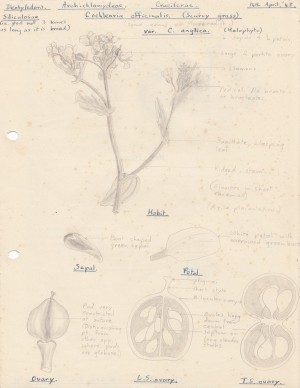 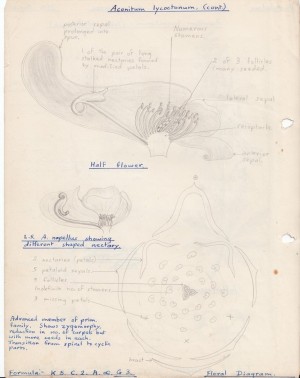 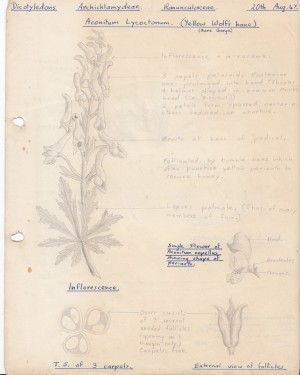