Jeanne Batchelor was born in Aylesbury, Buckinghamshire in 1925. She and Mary met on the day Mary first arrived at university in Aberystwyth on 1 October 1945. Mary writes: ‘To Marine Hotel, half bedroom facing sea on third floor with 20-year-old Jeanne Batchelor, farmer’s daughter and ex Land Girl from Bucks and late of Shottesbrooke House [not far from the area where Mary had served]!’

Not only did they have their service in the Women’s Land Army in common, but they were also both studying agriculture, they both enjoyed long walks exploring the local countryside, had nights out at the movies and visiting local friends, and both young women were also keen athletes. Mary notes in another 1945 diary entry that Jeanne was goalkeeper in the hockey team, while Mary herself was at that time playing netball.

After finishing her Bachelor’s degree in Agriculture, Jeanne spent several years as a Young Farmers’ Club organiser in her home county of Buckinghamshire, but she and Mary remained in close contact. In July 1953, Jeanne drove across to attend Mary’s PhD graduation in Cardiff and they then drove west together, where, after visiting mutual friends, Mary went on to do some island research and Jeanne returned home. For two weeks in August 1954 Jeanne and Mary went on holiday together, travelling by train through France to Barcelona and then on, by plane and ferry, around the Balearic and Pithyusae Isles. (You can read more about their holiday here.)

In 1956 Jeanne applied for a vacancy in Northern Nigeria and was sent first to the Rural Education College, Bauchi. Although her teaching of rural science was in English, she soon passed the lower level examination in Hausa. After three years, she was appointed the first Principal of the new Rural Science College at Minna, a position she held until the end of her service in 1964. During these years she visited every province in Northern Nigeria: a two-week tour could involve a journey of some 2000 miles with inspection visits to twelve to fifteen students at their local schools, visits to several teacher training centres for practical examinations, talks to Yung Farmers’ Clubs, and discussion with Provincial Education Officers. Besides the academic subject, the students had practical work on an individual half-acre farm with livestock, vegetable garden beds, and a tree nursery. They also took a Red Cross first air course and had practice teaching. With this training, a teacher in a rural area would teach all subjects – mathematics, general science, biology, hygiene – through the medium of the children’s natural environment. In her view, the Rural Education Colleges were an under-rated part of colonial education ...

In August-September 1960, on her way home from four years in the southern hemisphere, Mary spent a month with Jeanne in Nigeria. Mary ‘went across to the Agricultural College to talk to 31 students (all male) about my route round the world and Australia and New Zealand’, the first of many presentations and chats Mary would have with the students during her visit, and she and Jeanne went on a tour of the schools Jeanne was involved with.

After eleven and a half years in the Civil Service, Jeanne returned to Britain and we know very little about her life after that time. We know she married local farmer David Keene in Buckinghamshire in 1964, and they lived at Colstrope Farm in Hambleden. We also know Jeanne and Mary stayed in touch as we have a series of slides taken of Mary, her family, the farm and surrounding area during a visit in 1967, and, after revisiting Nigeria in 1980, Mary sent a photocopy of her musings to Jeanne. 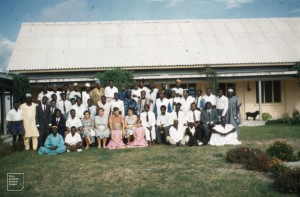 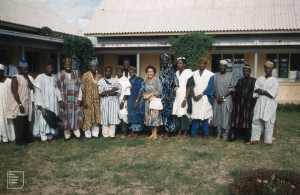 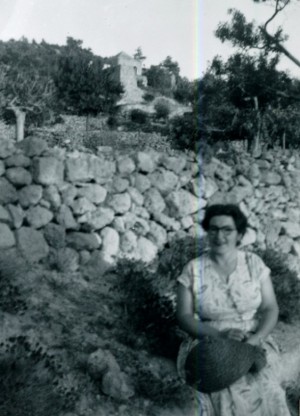 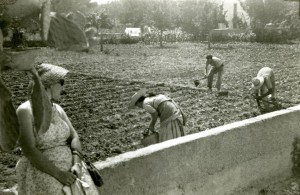