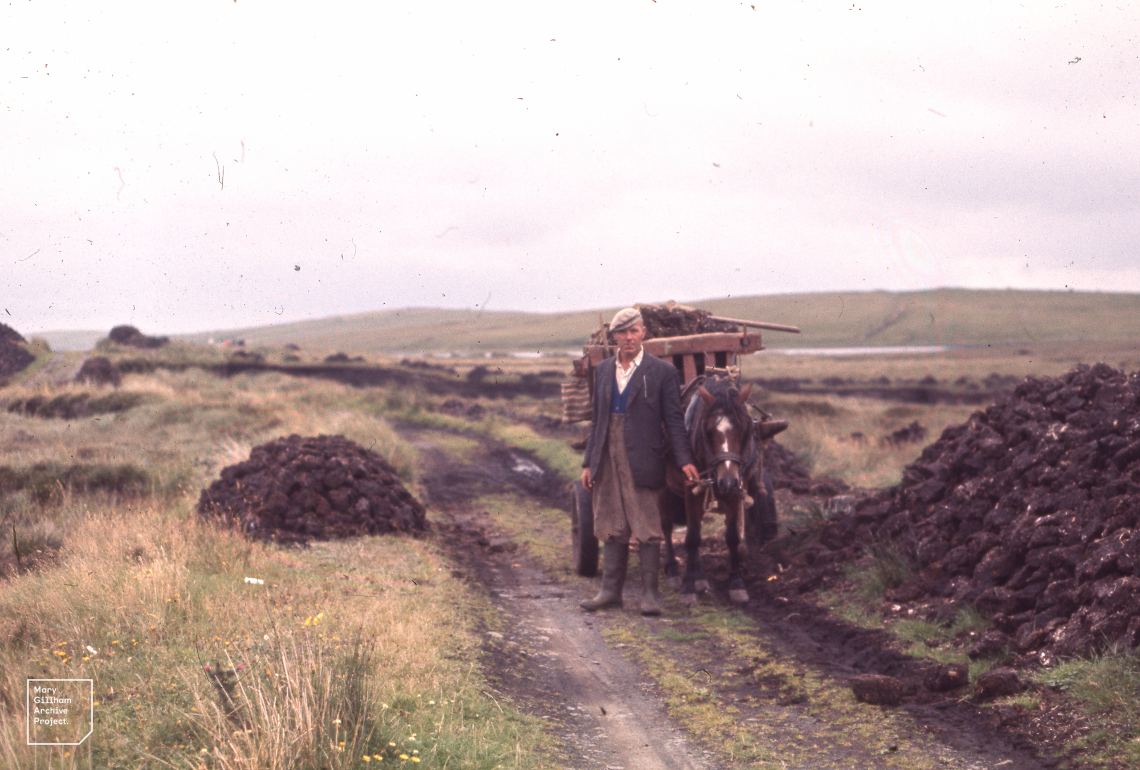 A photograph record of peat harvesting in Ireland made by Mary Gillham.

This guest article was written by Dr Catherine Duigan, an advisor to the Mary Gillham Archive Project and originally from County Offaly, Ireland. She has an abundance of blog posts on Ireland, rivers and much much more over on her own UISCE blog – check it out! 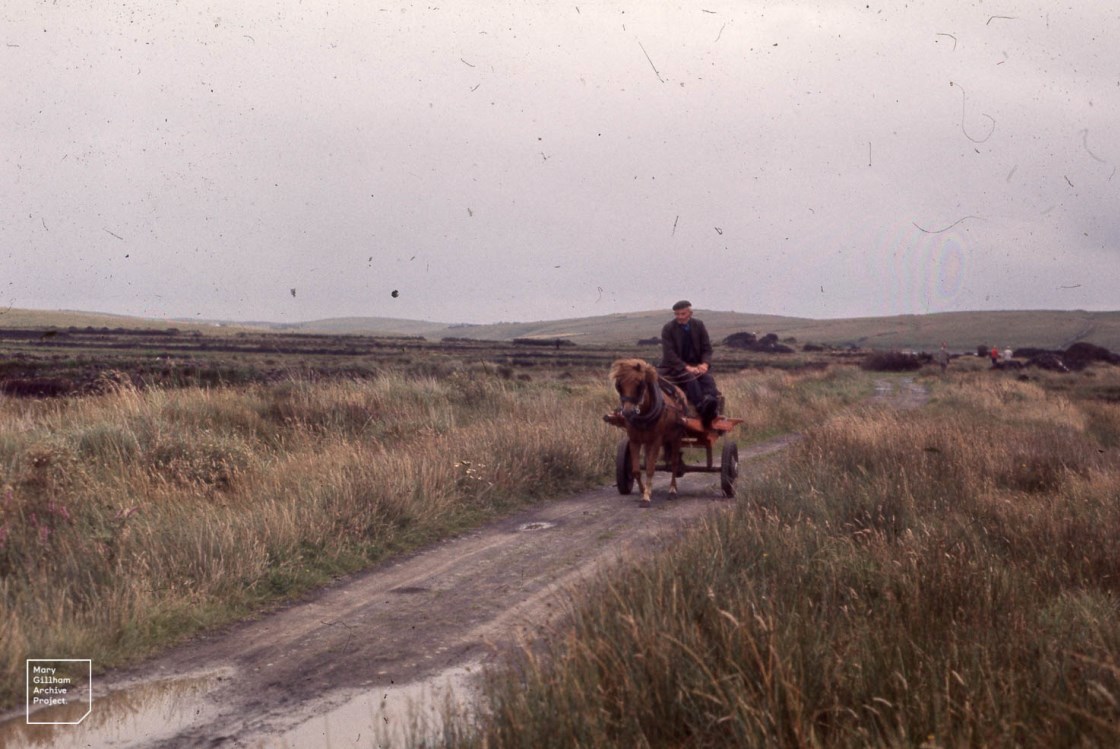 Wales had coal; Ireland had turf. For Mary Gillham, Cardiff naturalist, the year round industrial scale of Welsh mining would have dramatically contrasted with the seasonal traditional peat cutting industry in Ireland. But the human effort remained the same with local communities labouring to secure an energy source.

Ireland was forced to break its dependence on coal during the Second World War. While Mary Gillham escaped city life to work in the British Land Army, Ireland’s bogs were being employed to keep the people warm and support industry. During this time she also clearly developed an appreciation of farming activities which lead her to study agricultural science and botany at Aberystwyth University.

Local peatlands in Ireland remained community resources decades after the war. Alongside making the hay, rural families spent several weeks of the summer harvesting enough turf for the winter. Mary Gillham encountered this activity during her Irish study tours with extra-mural students from Cardiff University. It is not surprising that she stopped to make a photographic record at Lough Coller Bog in the Burren in the 1970s.

Mary seemed especially interested in seeing the “Bog Oak”, the ancient tree remains preserved in the peat profiles. Irish environmental expert Dr David Cabot was on hand to help interpret the landscape and its environmental history. Harvesting techniques must have been discussed with the local people on site, as a slane (peat digger) was borrowed. After drying the last step was loading the turf into horse drawn carts to bring it home.

Today Ireland’s bogs are a hugely valuable part of our social, cultural and environmental heritage. There is no doubt that Mary Gillham would have also supported their more recent recognition as internationally important conservation sites.