Flat Holm has a wide and varied history, dating back to the sixth century, but Mary Gillham’s interests lay in her life-long fascination with island habitats; their conservation and how they changed over time. Mary’s records show her involvement, as a member of the Cardiff Naturalists’ Society, in the recording of species on Flat Holm from the early 1960s. Through her many visits to the island over a forty-year period, she experienced the increase and decline of the gull population, thegulls' effect on the island vegetation, and the island’s development as a nature reserve.

1963: “In the early years we were mostly on Flat Holm to count gulls in the height of the breeding season.”

“An unbroken expanse of pink thrift on the level ground around the foghorn buildings during the first half of the 1960s, when the vegetation was in equilibrium with rabbits but had not yet come to terms with the gulls.”

Gull count with extramural students in June 1971: “The most interesting point was the big new colony – occupying the northern and eastern part of the island, round from the Arch Rock." 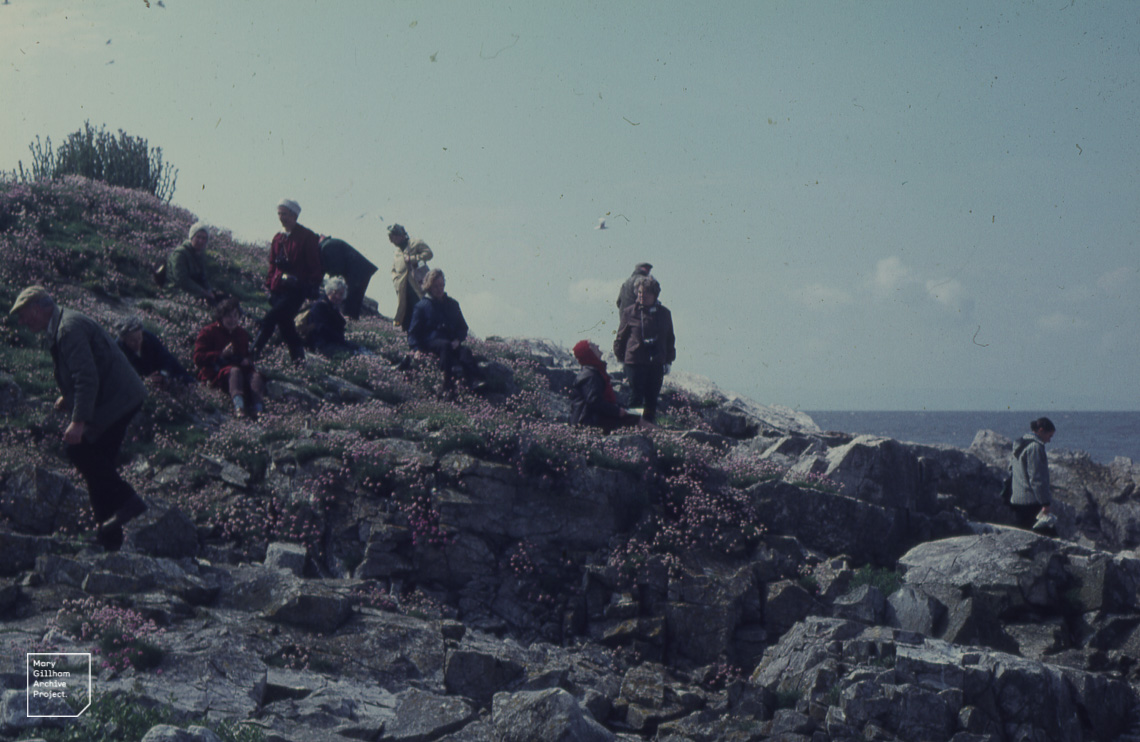 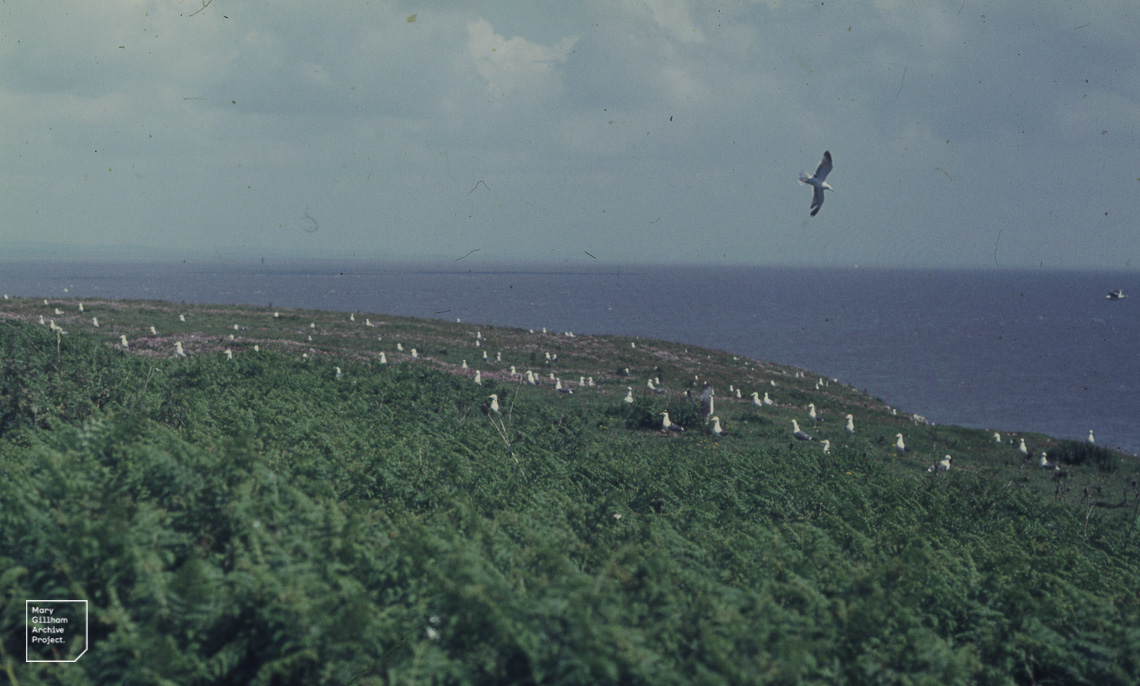 In 1972 the Nature Conservancy Council designated Flat Holm a Site of Special Scientific Interest (SSSI). The designation covered the maritime grasslands, which were concentrated around the periphery of the island. Mary was initially sceptical of the future of Flat Holm, as correspondence with a colleague in the Glamorgan Naturalists’ Trust shows (January 1974), “The Flat Holm Society is an unknown body to all of us and we would obviously need to know who and what their motives are e.g. no marinas or holiday camps …!” Later that same year, she wrote a report for the South Glamorgan County Council, outlining some features of Flat Holm which stressed its desirability of designation of the island as a nature reserve.

188 species of flowering plants and ferns have been recorded recently and interesting inferences drawn from the comparison of this list with that of 107 species recorded in 1890. Continued monitoring of changes will be a profitable line of investigation for the future.

In 1975, South Glamorgan County Council took over the lease of Flat Holm for the next 99 years and, as a result, Flat Holm became a Local Nature Reserve. On 13h October 1975, Mary witnessed the presentation of the South Glamorgan County Colours to SS Margherita (training ship of the Reardon Smith Nautical College in Cardiff) at Barry Docks and then set sail, with the VIPs, press, radio and TV journalists for Flat Holm. Although the wildlife they went to see was not as expected:

With the only evidence of animal life the corpses of diseased gull chicks and predated rabbits scattered among the air-lifted carcases of non-resident supermarket chickens, wildlife came off poorly in the opinion of the media.

Plastic bottle tops and ring pulls from beer cans had been coughed up with the gulls’ crop pellets, to mingle with the general chaos expectorated before swallowing or after passage through the interior.

Summer flowers were but a memory on this bleak October day and the shaggy parasol toadstool (Lepiota rhacodes) sprouting among flopped bracken fronds failed to impress. 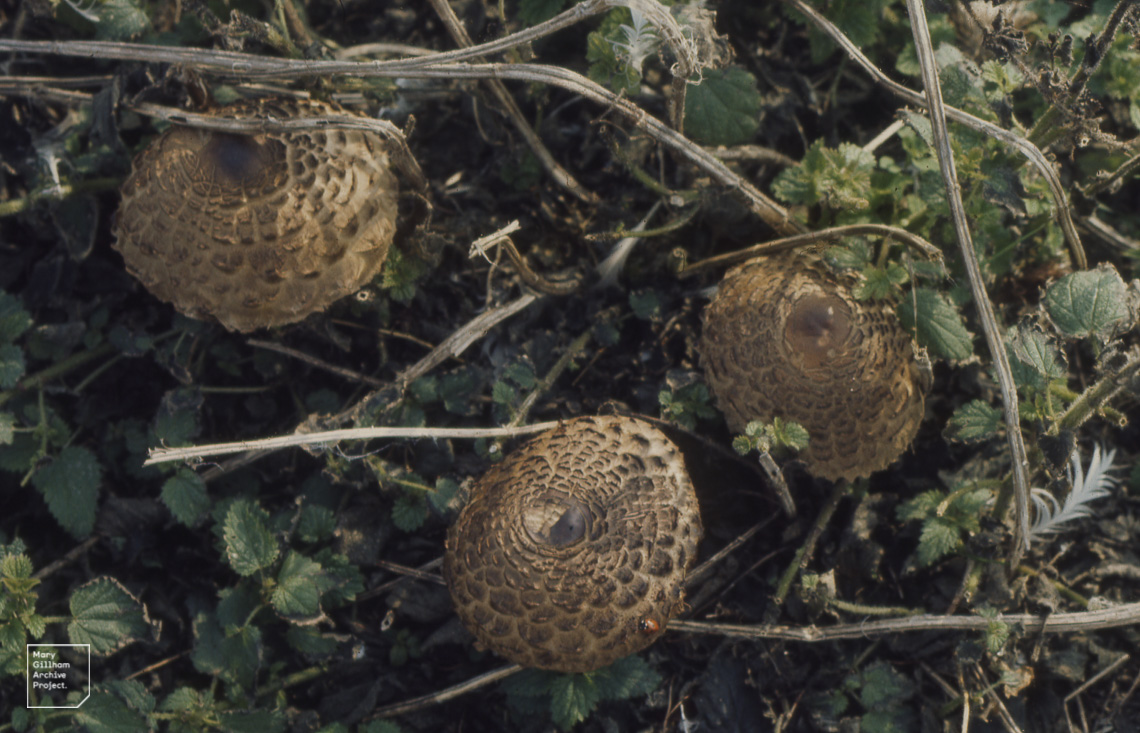 It was high time that the Flat Holm Project was launched to tidy things up!

The Flat Holm Project was established in 1982. It was comprised of a team of six full-time employees, who manned the Project Office, operated the island boat, and acted as wardens for the island.

In 1983, Mary was one of ten, including members of the Glamorgan Wildlife Trust, Gwent Wildlife Trust, and the South Glamorgan County Council, who undertook a botanical survey of Flat Holm. Mary describes the island as being,

Divided into 50m grid squares marked by flags and poles. The South Glamorgan Botanists left after recording only around three quarters of the coastal squares. Our function is to do more. 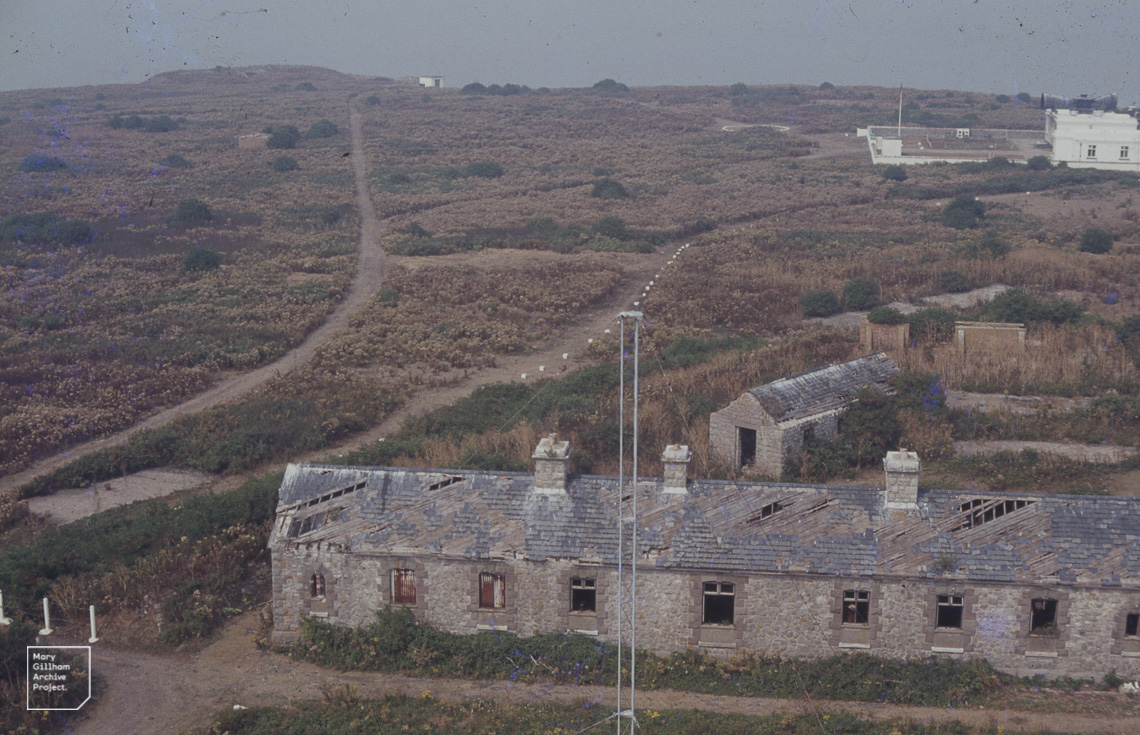 Gulls had decreased to as little as two and a half thousand pairs in the last nine years. The pity was that the vegetation they had spoiled was not recovering proportionately. Active and arduous help would be needed to quell the exuberance of newcomers, but Mother Nature was lending a hand, her weapon bacteria.

Botulism type C was the killer (Clostridium botulinum), simmering gently in the anaerobic environment of black polythene bags on the rubbish tips of Cardiff and Penarth, to be air-lifted by scavengers to their island stronghold. 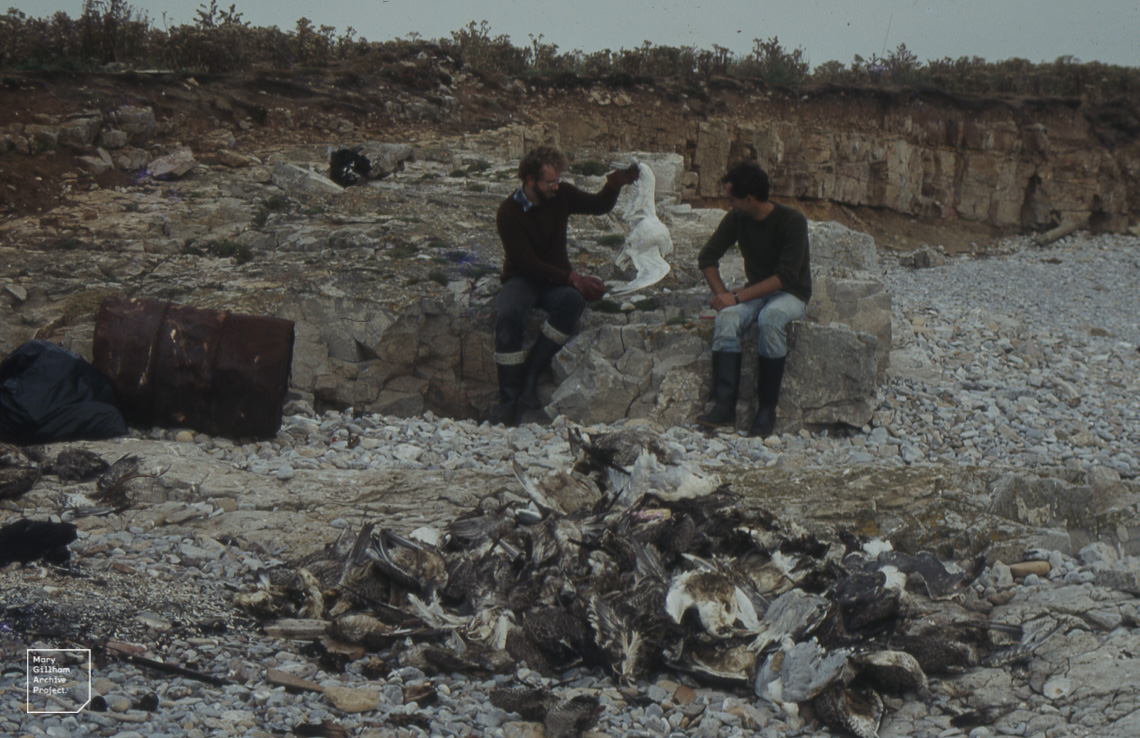 Late in the day, Mary and some of the other members of the group went on a torchlight expedition and had an unusual find: “Hibernating moths, butterflies and dragonflies were a bonus of the torchlight exploration of some underground ammunition stores – this during daylight in the evening. The oddest find being over one hundred peacock butterflies apparently tucked in for the winter, although it was still August – as no-one saw any on the wing.” 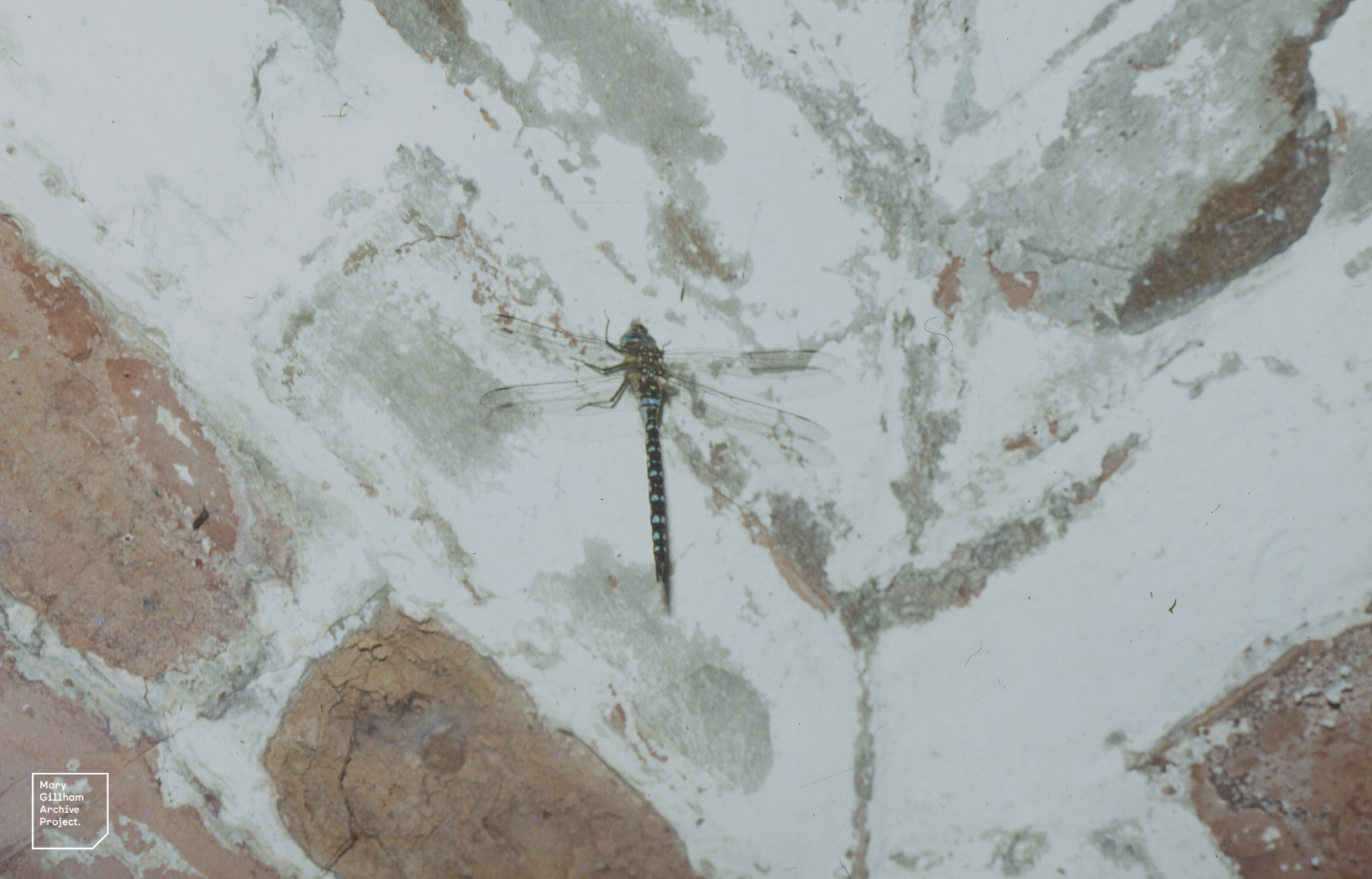 Mary, as a member of the Glamorgan Trust for Nature Conservation, played an active role in initiating changes to the management of the island. In 1986, she identified points to management relating to the “Re-conversion of at least part of the bird slum of the 1980s to the limestone grassland of the 1950s.” She identified the problem of the increased population of gulls and their destruction of grass and also the effect of their guano on the fertilisation of less desirable plants such as nettle and elder.

With almost annual visits, Mary records the arrival of new species to the island:

Peregrines had nested on Steepholm this year and one of the youngsters was a not infrequent visitor to Flat Holm. (1987)

Another rare treat was a view of three guillemots alighting on the water offshore – further up channel than these oceanic birds usually venture. (1987)

Edible mushrooms had returned this year, as had the Star of Bethlehem after an absence of nearly a quarter of a century.

Another newcomer had brought the island mints up to three, but the most spectacular incomer was the Himalayan balsam or policeman’s helmet, springing up where the men who must have brought it had been working. 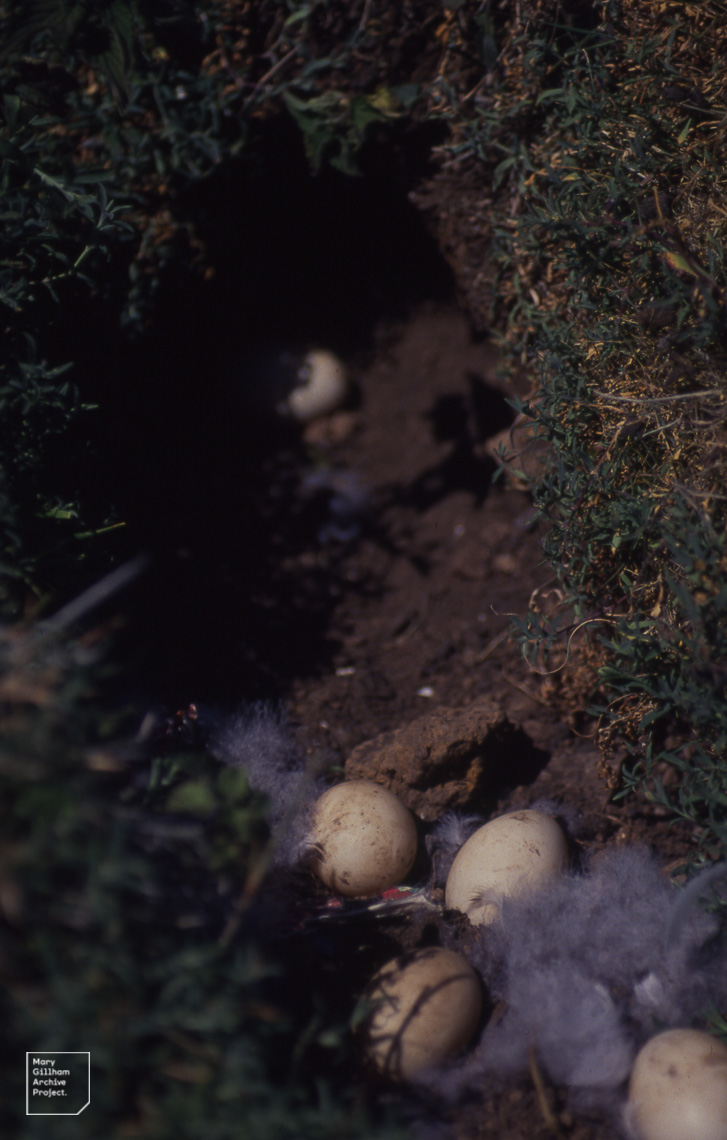 The Chairman of the Environmental Committee and members of the South Glamorgan County Council revisited Flat Holm in 1990 and their experience was considerably different to that of fifteen years earlier:

The visit of County Councillors on 17th July 1990, was more satisfying than their ill-fated one of fifteen years before in October 1975 – with plenty to show for the hard work and nesting gulls now hovering at around fifteen hundred pairs.

Mowing and grazing were paying off and Destrox, described as an inhibitor rather than a weed killer, had been sprayed in April and May. This was effective against ragwort, docks, thistle and nettles, leaving grasses and bedstraw intact.

The new YFC pond: “The margins were producing mud for swallows to build their nests and the Gwent young farmers must have brought some useful disseminules on their gumboots, as the first plants to colonise had a distinctive flavour of the Gwent reens, with frogbit, Canadian pondweed, ivy-leaved duckweed and two species of Potamogeton pondweed. There were no dragonflies yet; those 1983 hawkers must have blown across from the mainland. There were, however, stonefly larvae, water beetles, pond skaters, water snails and a soup of Daphnia water fleas. 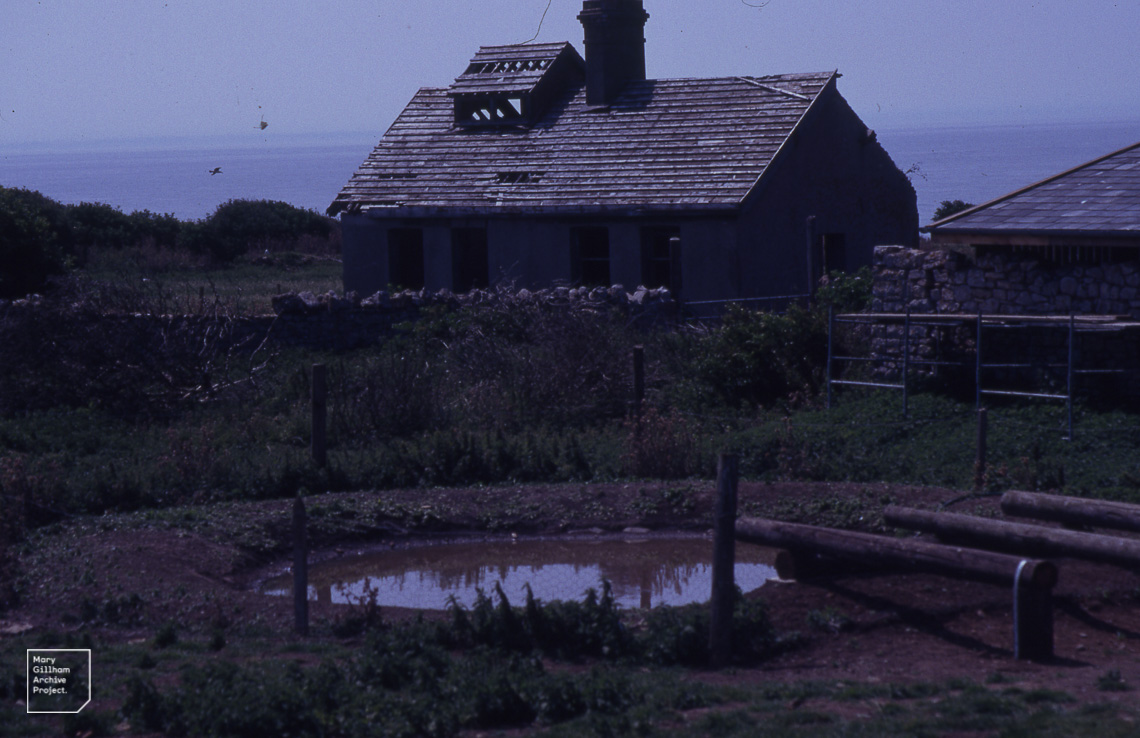 The faunal find of the day was an all black, melanistic slow worm. A botanical phenomenon was the survival of thrift where all else had died when storm waves bit into the western cliffs.

In March 1995, the county council agreed to obtain Flat Holm through a 50-year lease from the Crown Estate starting on 12 December 1995. It is now managed by Cardiff Council as The Flat Holm Project and is supported by the registered charity, The Flat Holm Society.

Mary’s last recorded trip to Flat Holm in 2003 showed some small benefits of land management, but the island’s recovery was not all she had hoped for.

Destruction of gulls’ nests and periodic mowing of the tall weed species in the north of the island was favouring the grasses but little else. Visits in late May and June 2003 were disappointing from a plant point of view. Gone were the limestone specialities which compete poorly among coarse grass. Gone were the snowy sward of scurvy grass, many of the chunky bluebells and most of the cliff-hanger wallflowers.

Flat Holm Island’s ecology is turning full circle or, more accurately, pursuing a spiral which started well before my first visit and has a long way to go yet, with equilibrium a very distant goal so long as gull and rabbit numbers keep fluctuating.

All natural habitats are in a state of flux and bird islands, as clearly defined entities with no marginal mergings, more so than most. Changes in animal life have deep-seated repercussions on plant life and both are at the mercy of the wind and salt spray.

Dynamic in their short term fluctuations, they jealously guard their long term integrity – natural eco systems for us to enjoy but with which we meddle to our peril if we wish to preserve their magic individuality as a refuge from the madness of the modern world.

Inspired by Mary Gillham's love of islands the Mary Gillham Archive Project joined forces with SEWBReC and biological recorders from around Wales to spend the weekend on Flat Holm to see what species we could uncover. Find out how we got on here! 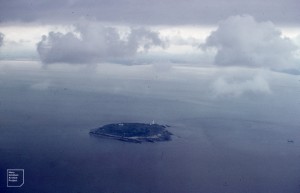 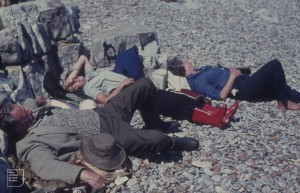 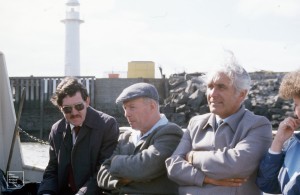 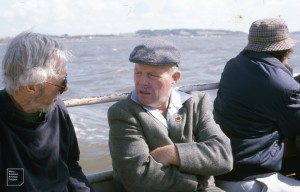 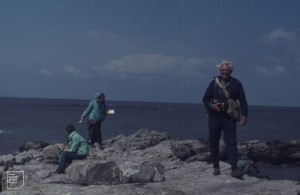 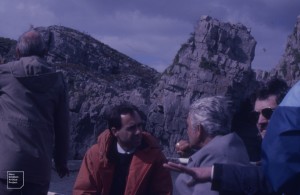 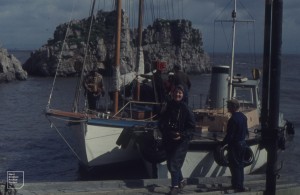 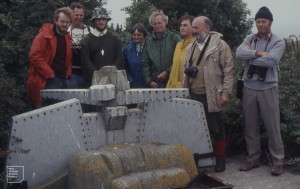 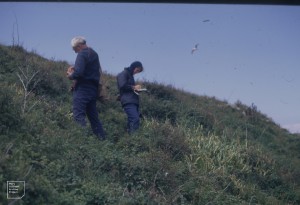 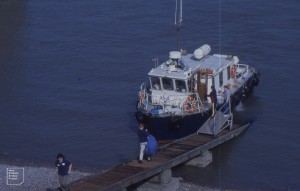 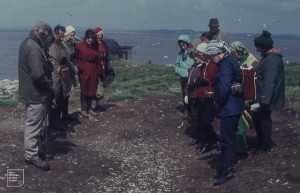 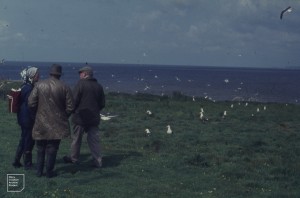 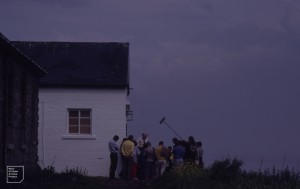 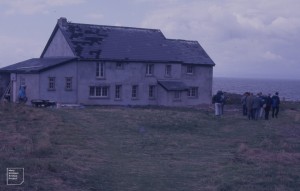 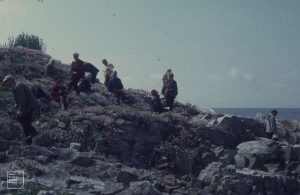 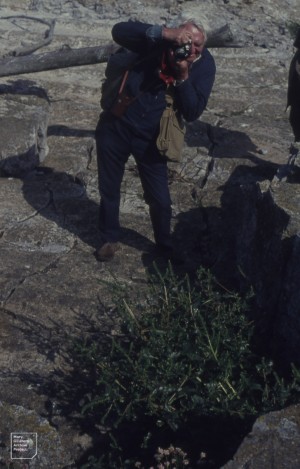