This is an article Mary wrote for the Cardiff Naturalists’ Society journal in September 2009, outlining just a few of the changes she had observed and recorded at Aberthaw over a period of forty years.

Changes at Aberthaw over four decades

The recent CNS [Cardiff Naturalists’ Society] visit to Aberthaw brought home to me the ever changing nature of this ‘half way point’ where saline water meets fresh on its way up channel, triggering fundamental changes during the forty years since I have been visiting.

The saltmarsh fringe under the now fully vegetated ‘fossilised’ sea cliff was formerly composed of saltwort, seablite and sea spurrey, backed by a belt of pale yellow sea radish. Now it is dominated by sea heath (Frankenia laevis), a new plant for Glamorgan in recent years, but already romping away along the upper tideline both here and at Ogmore Mouth. 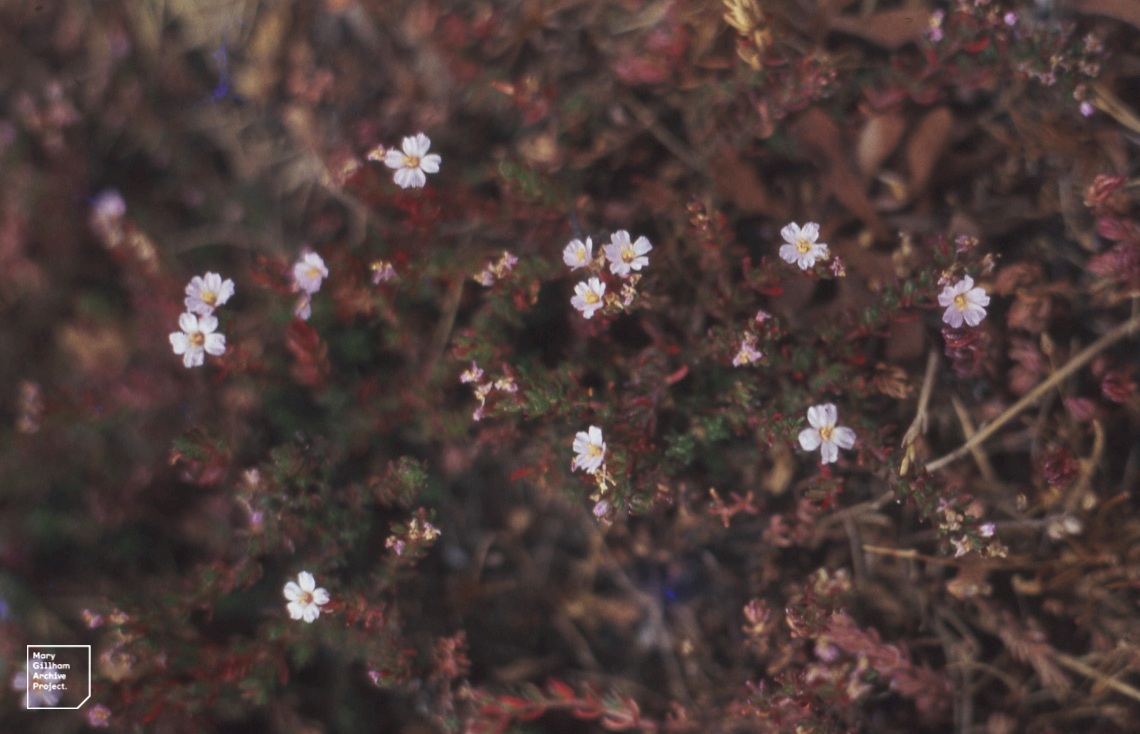 Its pink flowers appear at the same time as the mauve ones of the accompanying rock sea lavender in August. Our June visit showed the current yellow upshore fringe to be of the brighter biting stonecrop.

This new sea heath border has now extended westwards around the end of the sea wall which cuts the lagoon off from the sea. Flowers currently blooming in this ground-hugging strip were the pink ones of sea milkwort or black saltwort and the white ones of the equally succulent sea sandwort (Honckenya peploides) with a few upstanding sprigs of centaury. 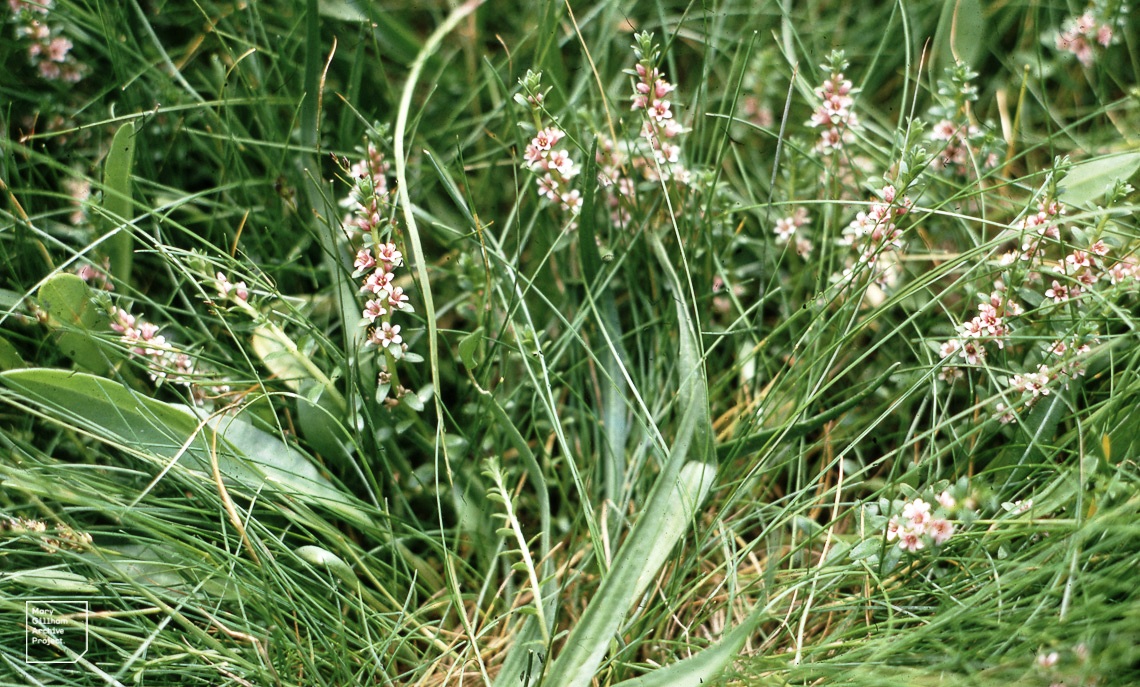 Interwoven throughout were creeping stems of succulent-leaved rock samphire, a form very different from the bush plants of exposed cliffs and concrete groynes. Are these going to withstand the rabbit grazing and occasional douching with sea water and reach their accustomed height to dominate the rest? Only time will tell. Out beyond the fringing pebbles were the spreading flowers and long fruits of yellow horned poppies.

The brand new sand dune that has built up on the tip of the sometimes advancing, sometimes retreating outermost storm beach of boulders is still in the pioneering marram phase, with bordering sand couch (now Elytrigia juncea). Sea holly has moved in and even grey sallow on the innermost face where the salt marsh formerly drained to the sea.

Is this a move back towards the long-lost, much cherished ‘Leys’, with their rare sea kale and sea pea and so great an expanse of sand as to accommodate a golf course and much else? These were always proudly referred to by East Glamorganites as the most easterly sand dunes in South Wales.

The semi-permanent quadrats where I studied the rise and fall of the swards of bee orchids, to landward of the historic lime kiln, disappeared under the advancing scrub many years ago. This is now knitted together with an impenetrable shroud of travellers’ joy. 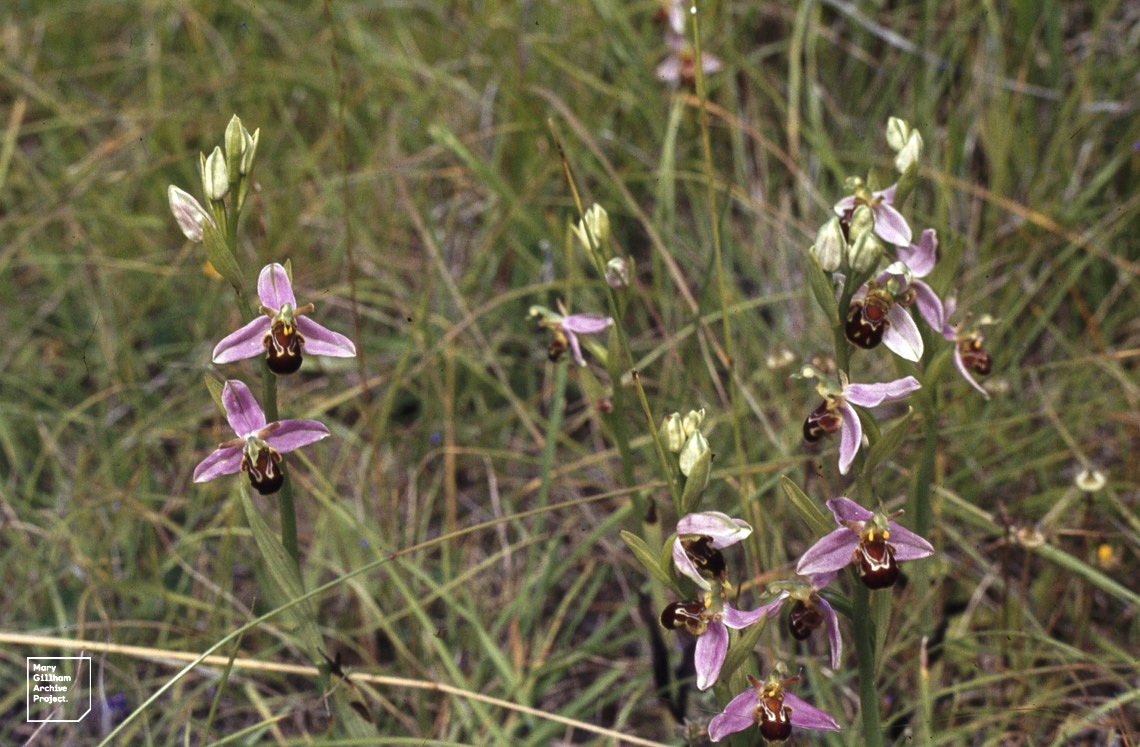 The more open stand of pyramidal orchids which formed on the new fly ash tips (where rabbits dug their burrows apparently without being asphyxiated by the dust) are now quite scarce.

Shrubs and trees have replaced much of the flowery meadow communities developed on the grassed tips and sand of the former estuary, bounded by the substantial stone wall of Pleasant Harbour. Notable features of the young woodland are gangling specimens of the sea buckthorn, which is proving such a menace to native flora on the Merthyr Mawr dunes at the further end of the Glamorgan Heritage Coast.

This fascinatingly dynamic stretch of coast – with its tufa flows, ‘cemented’ and sometime undercut boulder banks and vegetated aquifers nurturing the rare maidenhair fern on the eastern cliffs – also the pristine, ungrazed sea purslane (Halimione) saltmarsh with so much of the rare sea wormwood (now Seriphidium maritimum) is a much neglected habitat. Sadly time did not permit of all our party getting to these special parts. And how come only six people turned up for the walk at all? 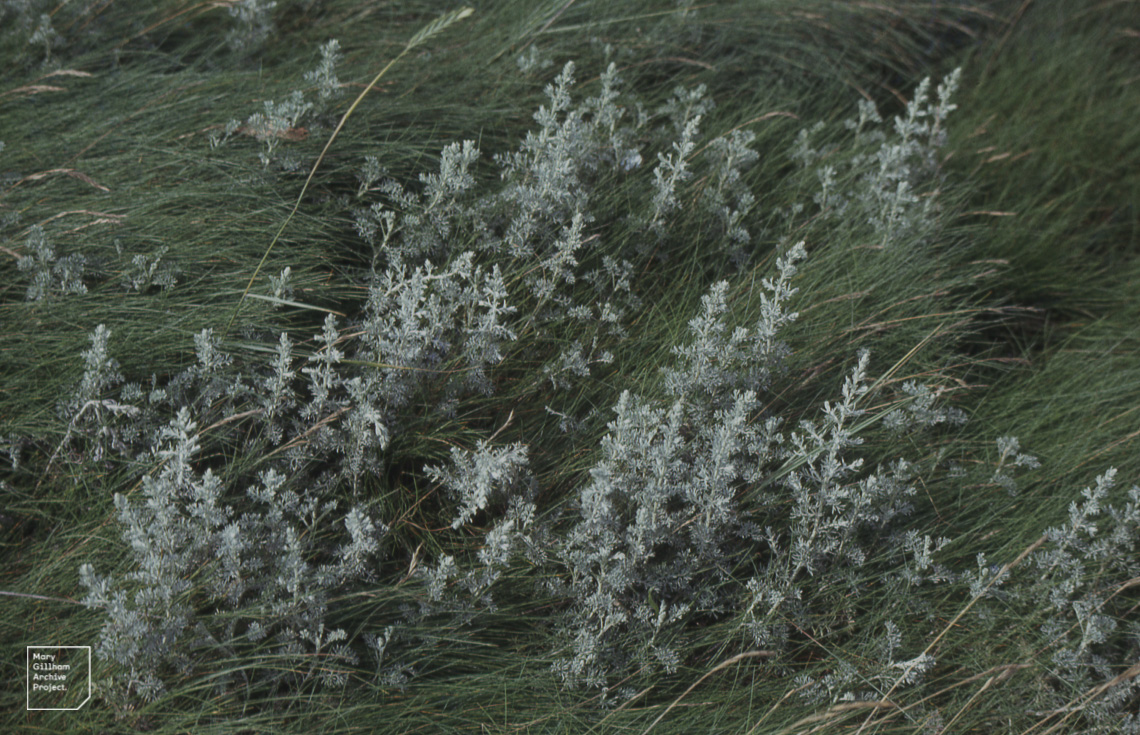 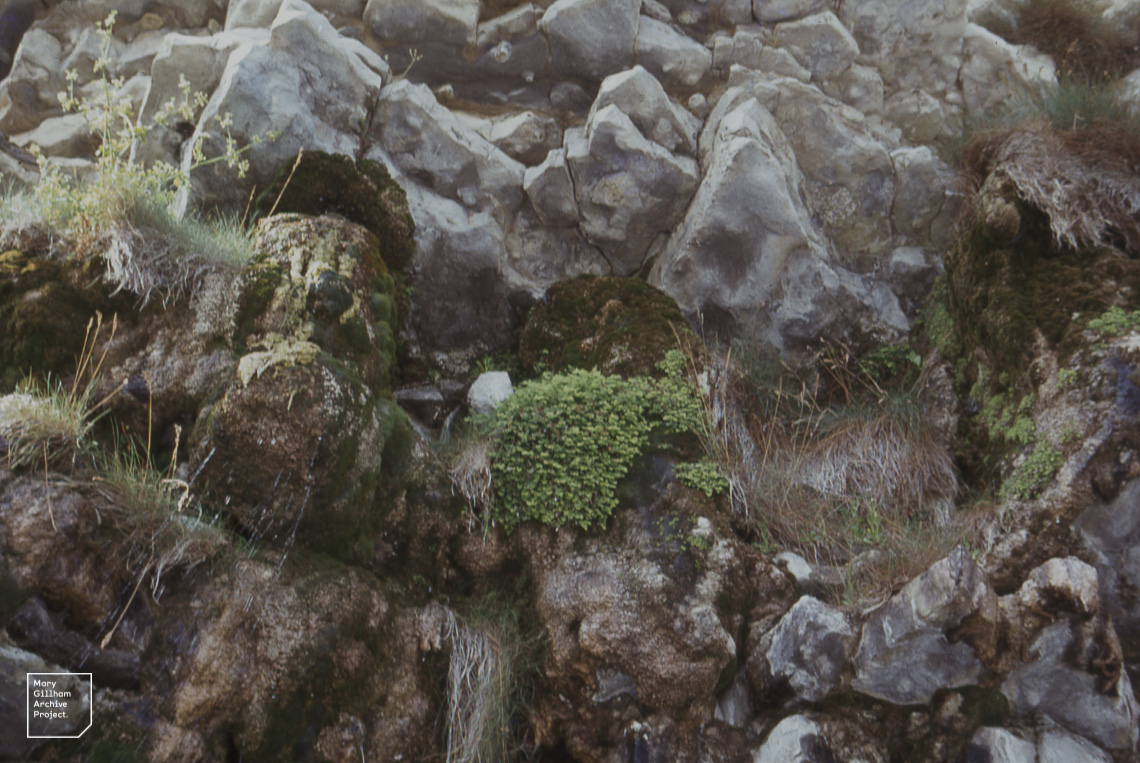