Mombasa Feb 4th 1970 - My Aldabra boat (the Nordvaer) had been delayed yet again till mid-February. Then yesterday there came a letter from the Seychelles administration to say there is no chance of it going before the end of March. So much for the Royal Society’s arrangements on my behalf! Fortunately Basil of the East African Marine Fisheries Organistaion has stepped into the breach and is letting me sail on the fisheries research boat “Manihene”. 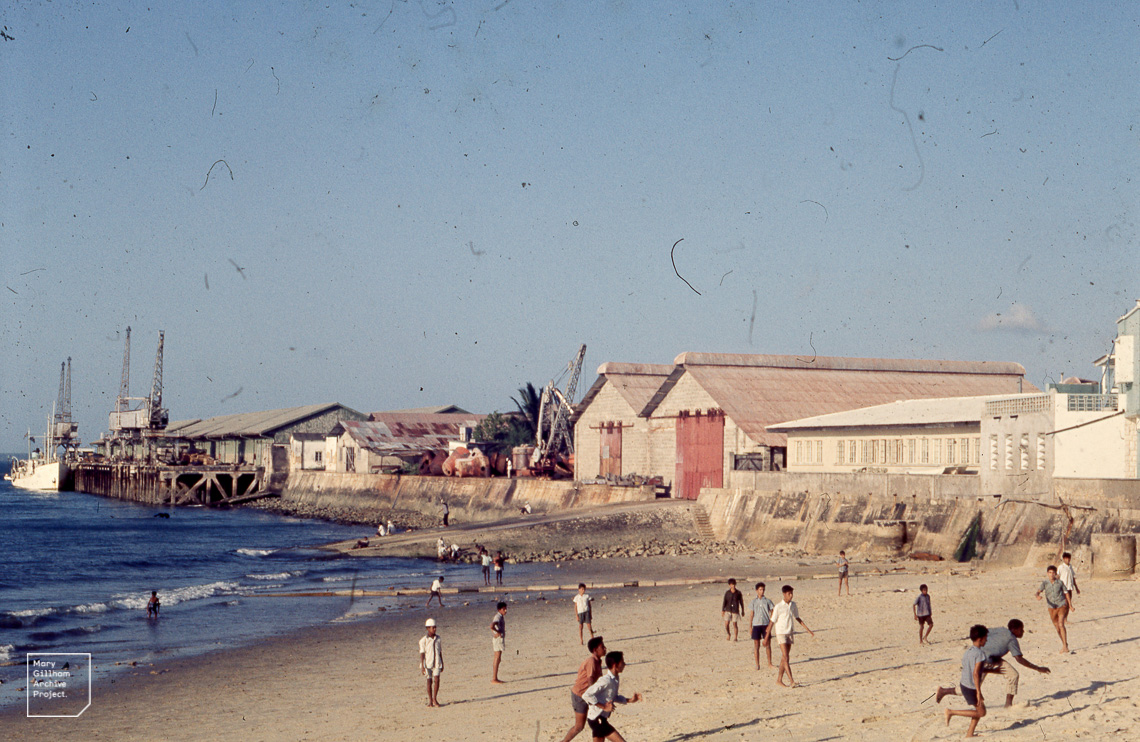 Much phoning regarding the herbarium that should have travelled by ship, but had got on a plane instead and was now missing!

Feb 5th 1970 - Mike Williams, “ Mahinene” Captain, met me at Mombasa Station...he took me to the shipping office to sign me in as one of his crew (scientist), mine among a long list of African names, most of whom had signed with a thumbprint, pilgrim style. Later I would be paid a salary of 1 shilling to make this legal – otherwise I would not be allowed ashore...

“Manihene” drew out of the harbour in mid-afternoon, with one generator not working and limped across to the oil loading jetty. No chance of sailing today as too much cargo to come on, even if the engines were working. 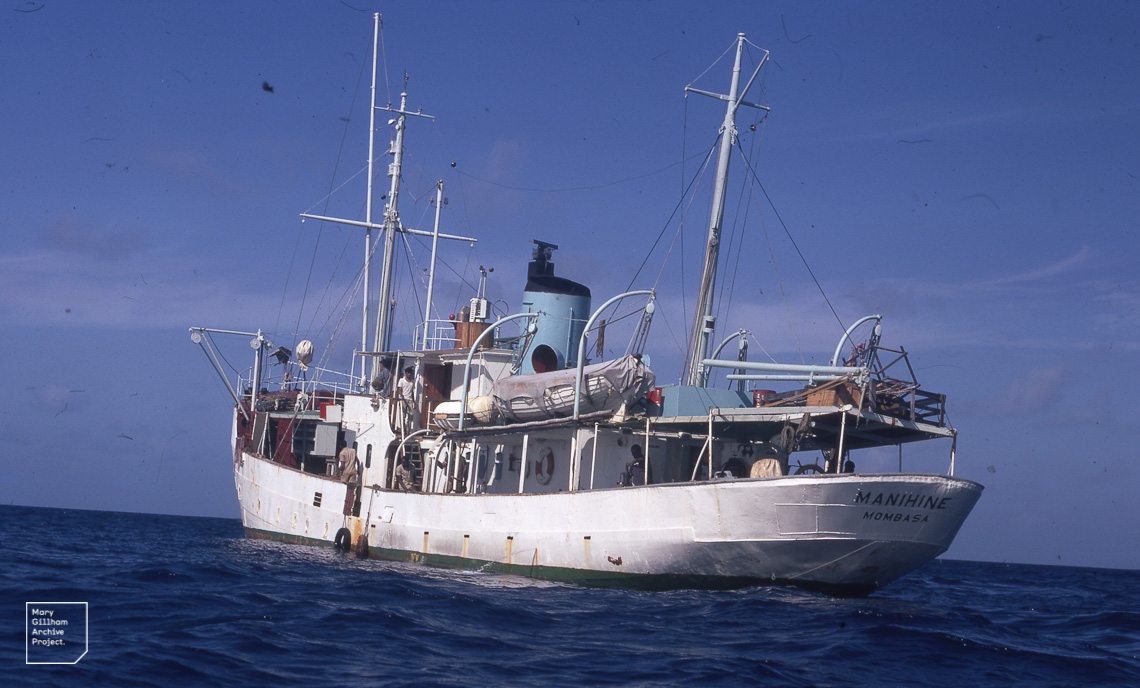 We sailed at 11.00 am on Feb 6th...A working ship if ever there was one, with none of the spit and polish of an ocean liner. Stiflingly hot below decks, where I was to share with the captain’s wife and 9 month old baby as far as Zanzibar, spending a fascinating day there on the 7th.

Feb 8th, 9th and 10th are best forgotten. Very rough, as is the way in this north east monsoon. Everyone under the weather, I lost the first part of breakfast, but managed the rest and other meals. Vic, Ann and I played scrabble in the saloon in the evening between bouts of vomiting.

11th Feb 1970 I woke today, to find we were lying off Aldabra and almost all of the cargo already ashore. The Royal Society crate came ashore like an outsize coffin, carried shoulder high by three Seychelloise each side. It was placed to rest on a carpet of fine she-oke twigs, which lay like pine needles beneath those all-pervasive alien trees.

I’m staying aboard to visit other islands first but found my Royal Society films had been taken, so I went too, with the last load, pre-breakfast to find them in the bottom of a big crate.  Quite exciting getting through the reef, as we were towing a new dory which acted as a sea anchor. A very wet landing but I found my films and bade the islanders’ adieu for a week.  Aldabra – island of dreams – at last, if only briefly.

It was Sunday morning, 15th February 1970, a time of year when the climate was dominated by the north east trade winds and at its muggiest and hottest, with many stifling weeks to go before the south east trades swung north to freshen things up.

Everyone was on deck at first light, savouring the spectacle of the crimson sun creeping skywards…A faint mist hung over the sea surface, thinning upwards to a pale sapphire void etched with angular black outlines of frigate birds patrolling for an early morning snack.

Powdery coral sand frothed over my feet like sieved flour, curved fronds of turtle grass curled round my toes and a crab scuttled to safety.

There was no doubt about the magic, the materialised dream and the past mal-der-mer was now but a fading memory. 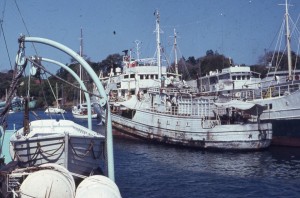 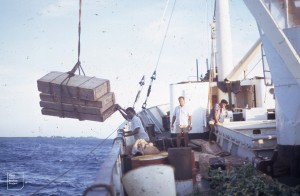 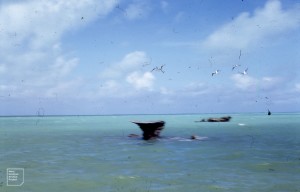 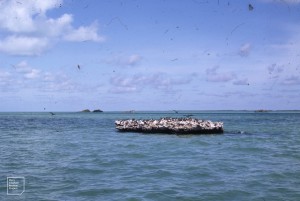 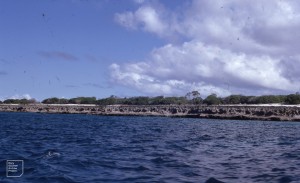 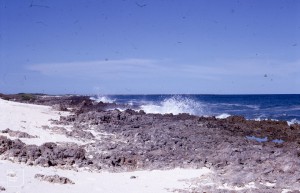 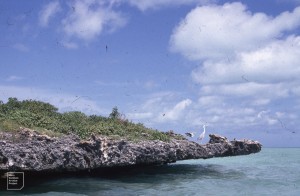 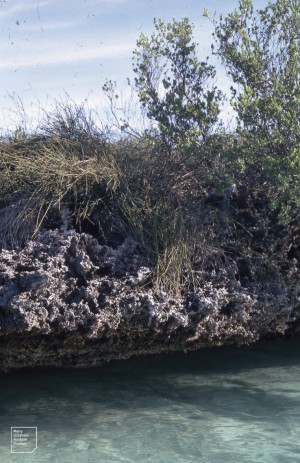 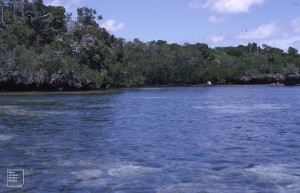 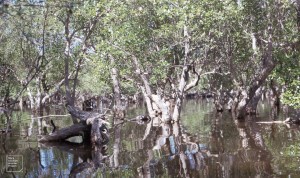 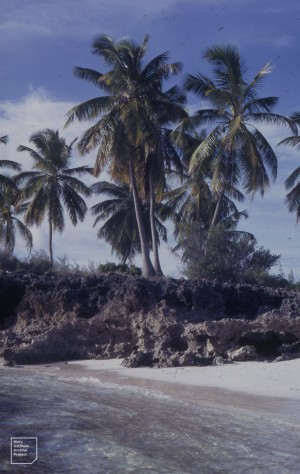 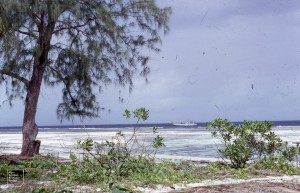 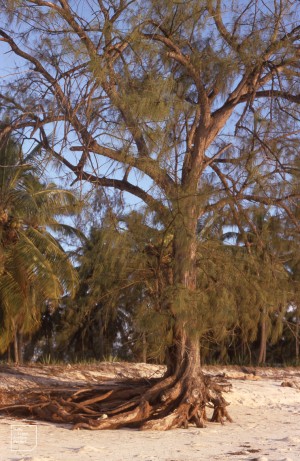 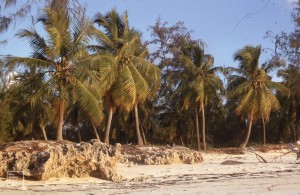 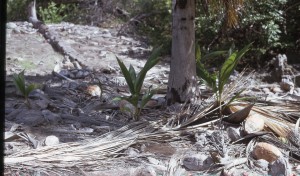 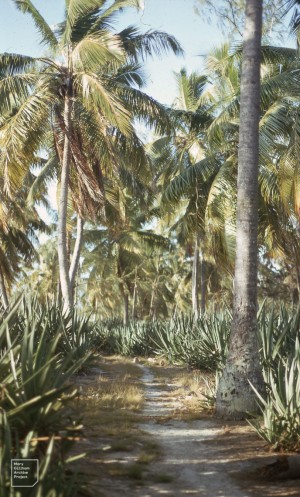