With the first reports of possible development on Aldabra and other atolls in 1964 it was clear that ecological surveys needed to be carried out before construction work began if the processes of change were to be studied. If military development proceeded, such data would establish a baseline from which to measure subsequent changes in the system caused by man and also serve as a guide for the partial conservation measures which would be required.

Scientific investigations by a Royal Society expedition were started in August 1967 in an effort to retrieve as much information as possible before airfield construction began. For this reason many workers during the earlier phases of the expedition were taxonomists.

In later stages more attention would be given to ecological and behavioural studies and I was to be one of the favoured few to visit- sponsored by The Royal Society of London, which held sway here with the Smithsonian Institution of America during that crucial time.

The crisis passed and the building of an international scientific research station was sanctioned, the first director of the Aldabra station, Lt-Cdr George L. Rush, being tasked with supervising the construction. Many scientists have been there since, living in much greater comfort than we did, but denied the pioneering zest of those early days.

They are not encouraging people to go until the station is finished. At present there is only one house for all purposes. Station personnel will consist of warden and wife, engineer and wife, 2 army engineers getting the buildings up, probably 2 research assistants… I am the only applicant for this period. 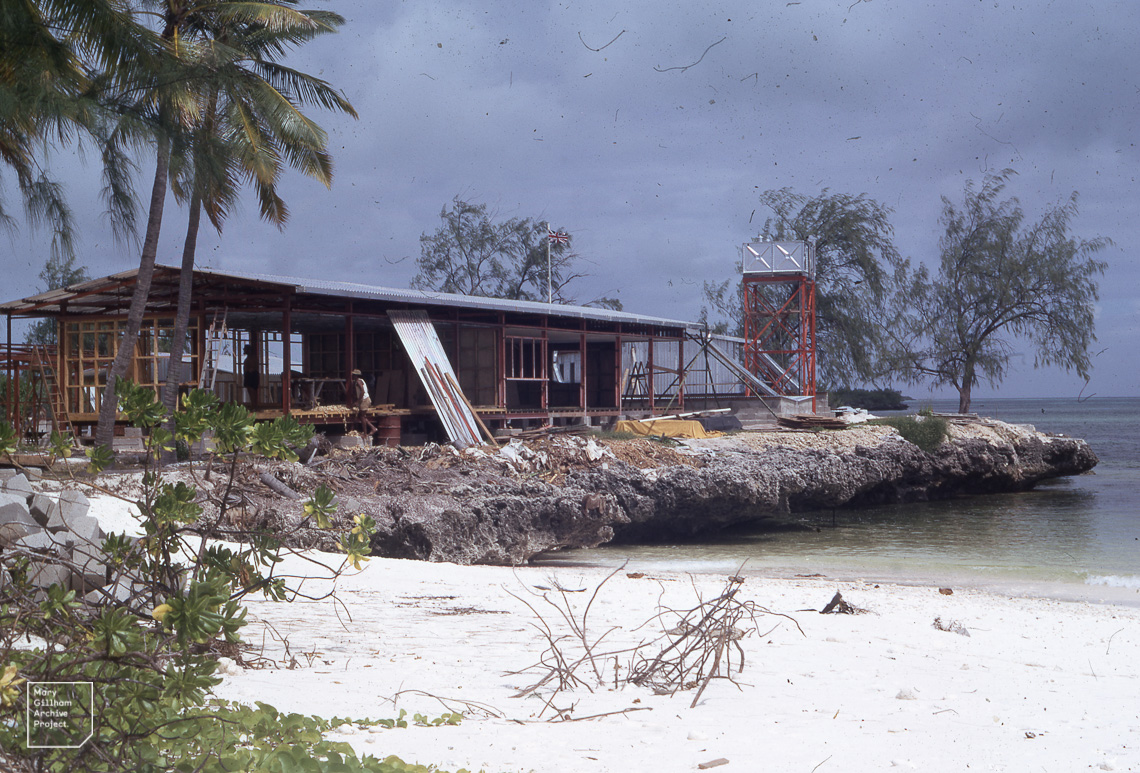 Bachelor block of Royal Society Research Station on my arrival. 16/02/70.

“Actually, my impression earlier was that the outlook was not good, because Aldabra has proved a very rough place indeed which had cause for young men to crack up; while the flow of worthy candidates for purgatory is drying up, your prospects may be considerably more rosy, if you can call it that!”  Advised my colleague Bill Brown, an ornithologist at the British Museum. 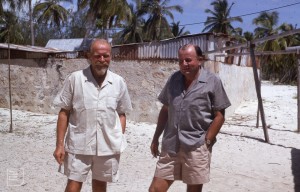