34k long and 14.5km wide Aldabra is a forbidding place, holding few amenities for man; it has never been permanently settled. There is no fresh water, no mammals to supply meat and the jagged, pitted terrain is difficult and dangerous to get around. 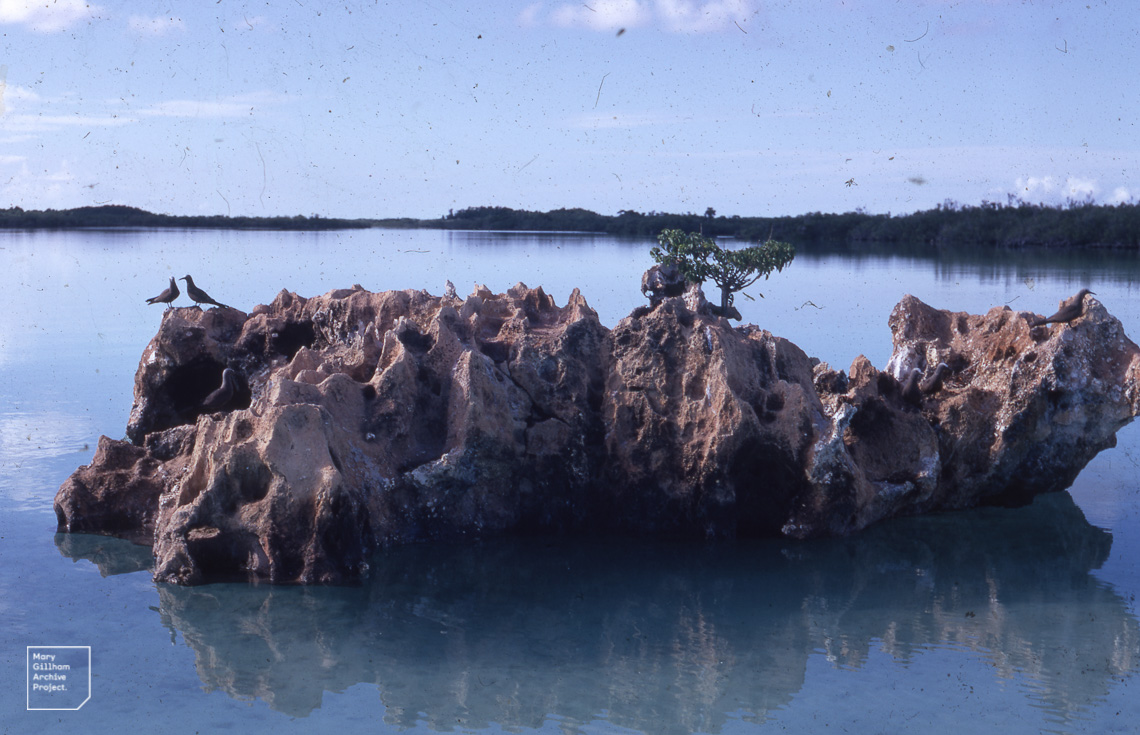 In the past, a fleeting population on a normally uninhabited atoll was there to catch and dry fish to take back to the Seychelles, seven hundred miles away. The inauguration of the new building programme in August 1969, meant the erstwhile fishermen were now employed as building labourers and the small European contingent did the fishing with their more powerful boat.

The white community consisted of six. The Creoles numbered twenty or thirty men, most of whom had left their wives and families on the Seychelles. The lack of drinking water other than what could be caught from the rain, and the harshness of an environment practically devoid of soil for growing crops, kept the optimum numbers low. 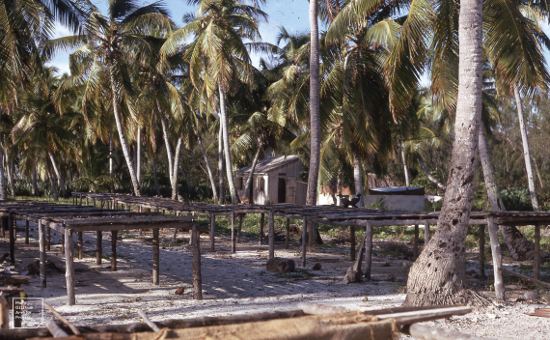 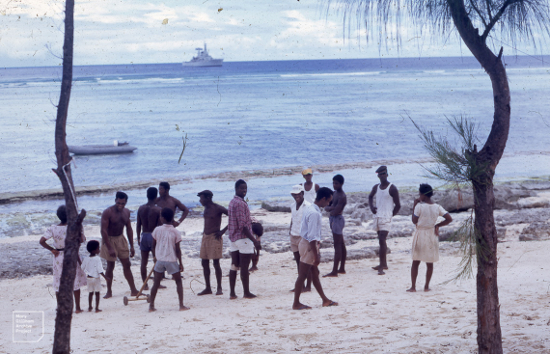 The bachelor block of the new research station was a naked skeleton of slender iron girders when I arrived; the rest had scarcely got beyond the trench foundations. Work was frequently held up for want of building materials, but help was at hand. Fortuitously, the Nordvaer supply ship turned up the very day after I did, loaded with planks and the means of putting them together.

George the carpenter and Alan.

“What is the Royal Society?”

“People you work for.”

“You mean they go to school?”

“Yes but they stay there longer than most do.”

George was one of the few who could not read and write but was a skilled tradesman and could read drawings. Most, even Harry, who knows the island so well, gets confused when you show him a map of it. He doesn’t see it as a picture shape like Aboriginals do with their maps in the sand. 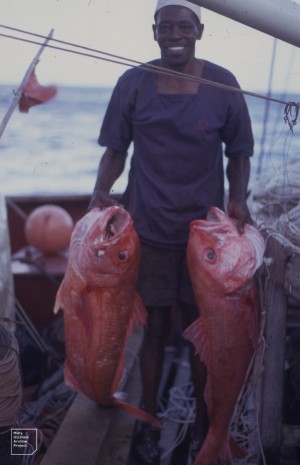 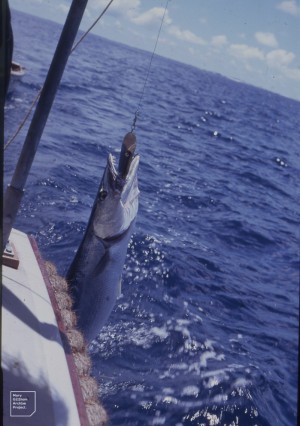 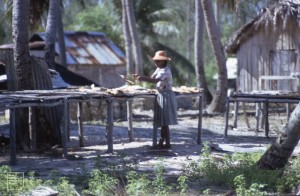 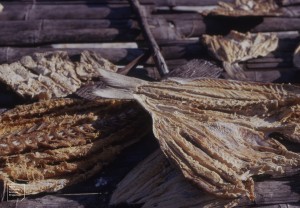 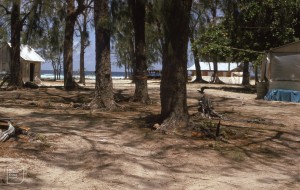 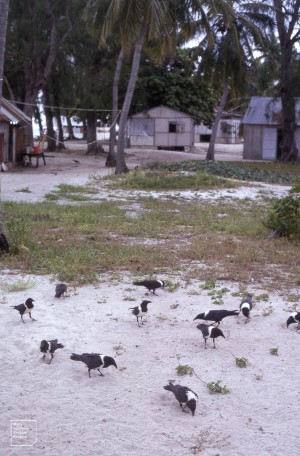 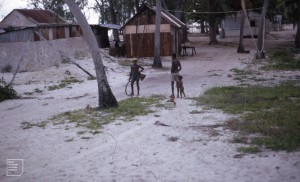 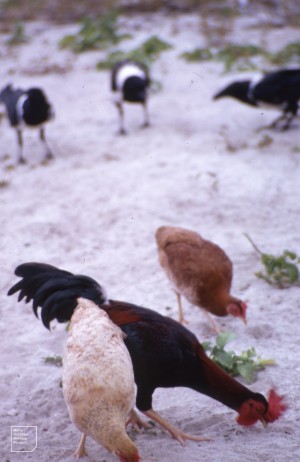 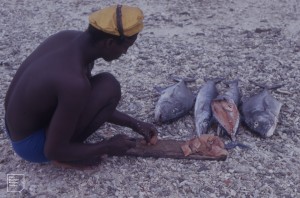 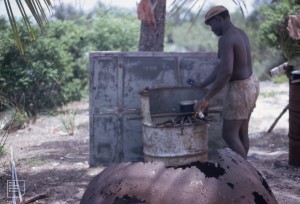 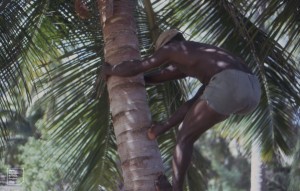 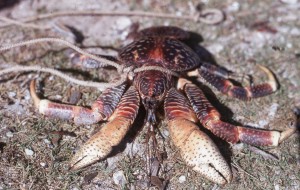 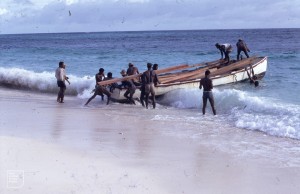 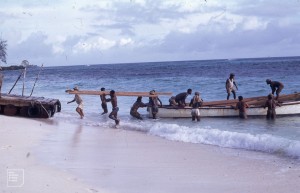 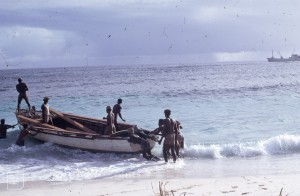 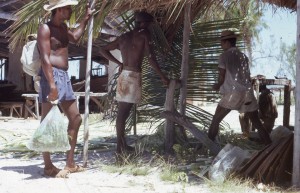 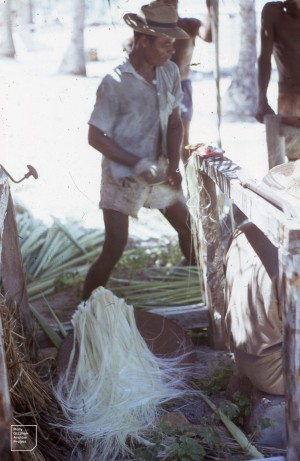 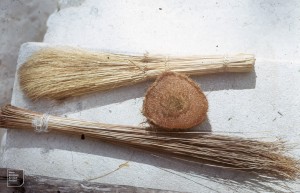 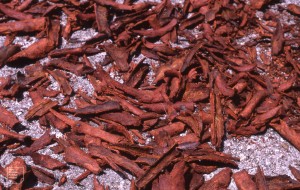 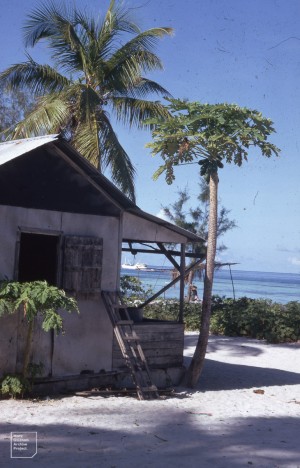 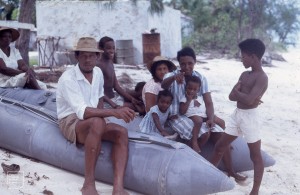 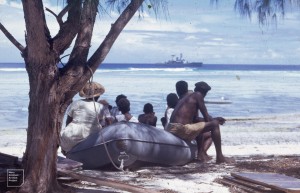 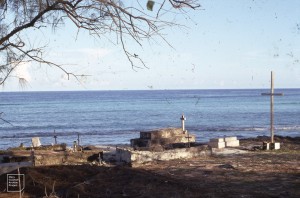