Gliding through limpid green waters in the cool shade of the mangroves, it is easy to forget the white glare of the sun outside and the pounding of the surf on the reef edge. When the tide is high a little craft can penetrate quite deeply into this marine forest with small hindrance. Experienced boatmen come to know the labyrinthine passages by some sixth sense. Everything is still and shadowy but it is not always so peaceful. As a boat turns into some of the quiet creeks from the ruffled water of the lagoon, thousands of frigate birds and boobies may surge out in protest.

The frigates greater and lesser, so tiny from down below, are seven feet or more from wingtip to wingtip. It is these which have helped to save this island paradise from the depredations of the short sighted mortals. Without them there would have been little danger of potential air strike. 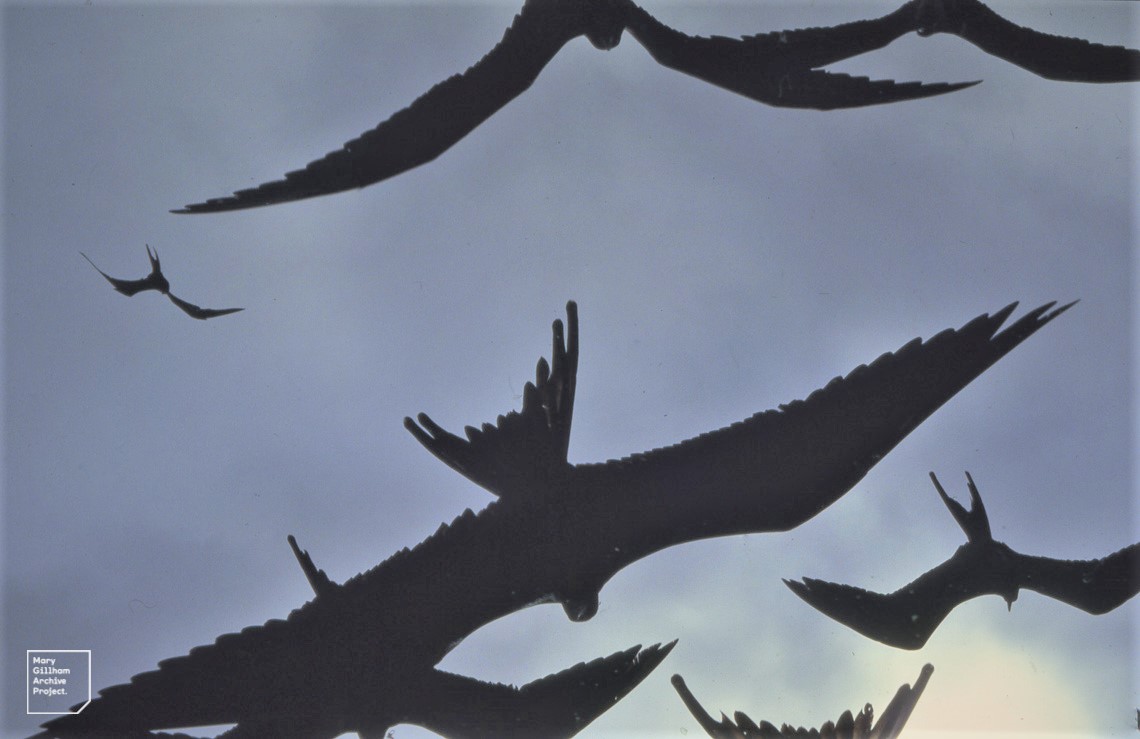 An inescapable malevolence lingers about the hordes of sinuous black forms draped, scare-crow like, on the mangrove trees, gathering its forces for a wholesale attack on the unsuspecting boobies. Some adopt a cormorant poise, with wings spread to dry. Long and rangy, the far reaching primaries get tangled with the mangrove twigs. The long forked tail, so sensitive a rudder when the bird is airborne, is only an embarrassment among the press of branches.

In the water or on the ground they are quite helpless. If they dip too deeply as they scoop food from the water surface and fail to rise, they can become waterlogged. This only happens to the unlucky few, the great birds becoming spread-eagled over the surface of tiny mushroom islets – washed up on the top of the tide and stranded – as incompetent to rise from the land as the water.

There was no conservation at all before 1966. The natives took things unrestricted. It’s easy to get frigates by climbing up through the trees and reaching them down by their legs.They could get 12 in one climb. They broke the wings which kept them alive and fresh to butcher back in camp. Stoddart says it's not at all nice being in boatload of live frigates with broken wings. Tony employed this method to catch and ring them but found they often deserted, so invalidating his work. He wants to come back and wants someone to work on the tern islands – noddies etc; of which there are many – to get some picture of the exploitation. Usually natives taking limited food do little damage but a constant drip will wear away a stone and no frigates are left now on the highly suitable mangroves on the inside of west island. Tony is working on general frigate ecology, population structure etc. 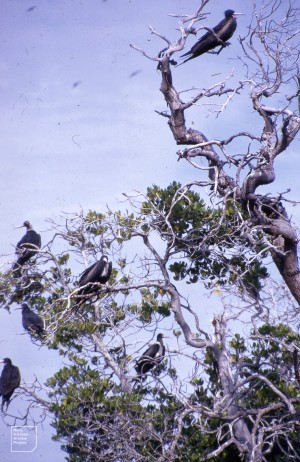 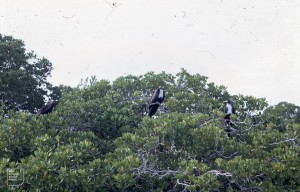 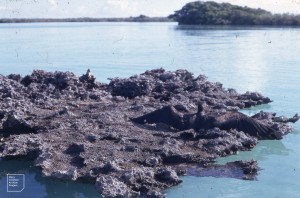 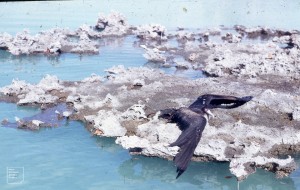 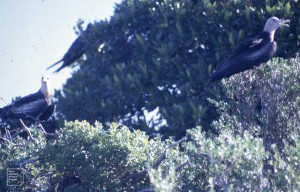 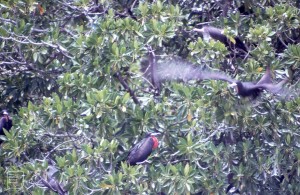 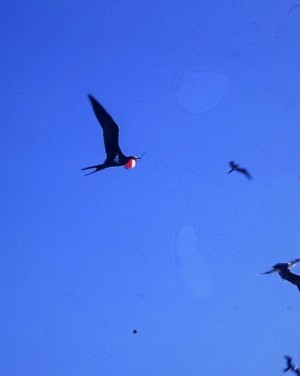